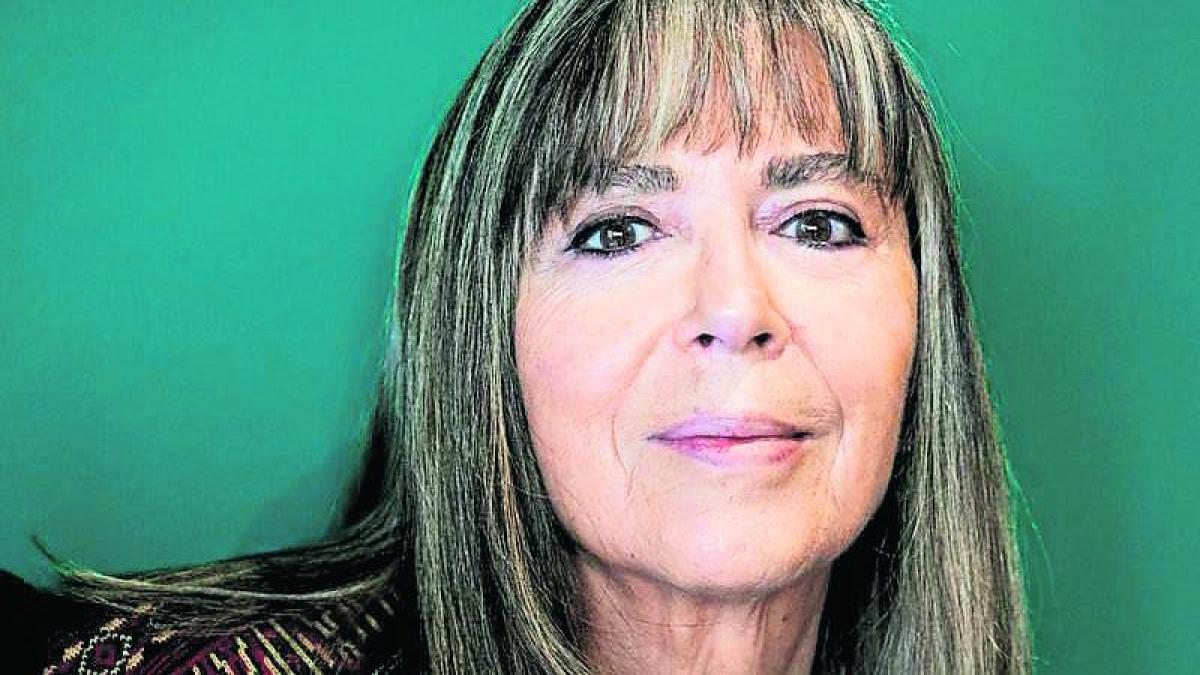 Maria del Mar Bonet returns to the Barcelona stages after her recent visit to the Palau de la Música to inaugurate the Barcelona Jazz Festival with a big band. Today he is doing it in the format of a Christmas concert in the Basilica of Santa María del Mar (9pm) within the Banco Mediolanum Festival Mil·lenni. The subscribers of The vanguard they have a 15% discount in the price of the tickets whenever they buy them in Vanguard Tickets.

What’s in common between the Jazz Festival concert and this Christmas, other than you?

Any. It is a different repertoire, and the show is absolutely different. There I sang a little of the jazz that I can do with a big band and I also paid tribute to Bonet de San Pedro, and I had a great time. Lo de Santa Maria del Mar is more of a recital within the continuation of the tour and the album I made with Borja Penalba [Maria del Mar Bonet amb Borja Penalba], and it also has the ingredient of Christmas traditions. We are there together and there is also Antonio Sánchez, who is a small percussive orchestra.

When I interviewed you shortly before that concert with which you opened the Jazz Festival at the Palau de la Música, you said that singing in that space was like “entering a wonderful forest”. And do it in the Basilica of Santa Maria del Mar?

Doing it from the heart of old Barcelona, ​​the basilica is extraordinary, pure beauty. And of course, entering there is like doing it in the heart of a city that still beats. And it is also that my mother gave me Maria del Mar because of this. Because my mother was from Barcelona; I had to call myself after my grandmothers, my mother did not like their names too much and since she liked that church very much, in the end she called me that. But apart from all that, being in that basilica is like being between heaven and earth.

And where are you most comfortable?

At ground level I am very well. I’m very earthy, but I also like that very exciting feeling of getting up a little bit into a feeling of vertigo. I always say that when I sing with an orchestra that is flying.

“All these cataclysms that exist on the planet show that we have mistreated it a lot and that we should stop doing it, although I have the feeling that people never change”

How do you conceive a repertoire of a Christmas character?

Above all they are small details. I am not a person who dedicates myself much to the theme of Christmas tradition, so I think that the Christmas songs that we have chosen are also lullabies, like Mother’s boy The St. Joseph rises at dawn, which are very cute and accompany a child to sleep. And there is also that intention of starting a new year thinking if we are already getting a little out of all this. Although it is difficult because I think that all these cataclysms that are on the planet show that we have mistreated it a lot and that we should stop doing it, although I have the strange feeling that people never change. Like what he says The poem from Sibyl, which is a song from the 12th or 13th century, and you see that the human being has changed little, and you see that it is a very modern song because it is telling you things that are happening right now.

Have you ever tried to make the audience think about questions like these with your concerts?

In our repertoire there are songs of all kinds, but what I try is that the people who come to see us are well and listen to good songs. We seek to communicate above all the passion we feel for music, for poetry. And if this can go deep, then better, although there is no didactic interest. For my part I want to transfer emotions, these intensities that you have when you are singing. Emotion is the most direct thing in a recital; I never seek to raise awareness, I never try to make one master class.

Colleagues of yours have made the news very recently, like Pau Riba, how did you feel when you found out that you had cancer?

I was precisely in Catalunya Ràdio with Sisa and Marina [Rossell], and Sisa was very sad. But now I have seen that Pau is preparing some recitals and making an album. It seems fantastic to me, because I see that he is the same old Pau.

Serrat retires, what makes you think?

Well, he’s retiring but he’s going around the world. I also find it wonderful; I don’t like my colleagues to leave, to stop singing. I have great admiration for people who are old enough and still sing. The other day I was in Asturias and I went to Avilés because I saw that Paco Ibáñez was singing, and since I hadn’t seen him for a few years, and I went to listen to him live and it was also fantastic. Paco is in a wonderful moment, he sings very well, better than years ago and people singing his songs and it was his 80th birthday.

And the other night Lluís Llach, who was also returning to the scene.

Lluís should not have left. In fact, it seems to me that he has not left because since he said he stopped singing I have already seen him sing on time.

“Songs like ‘Qué volen aquesta gent?’ they are more necessary now than ever “

It says that songs like What do these people want? They are very necessary now. How do you see the political and social reality that surrounds you?

More necessary than ever, yes, because in addition I have always seen that reality worrying. First, because we expected the dictator to die; later, because the utopias that we had and that are so difficult to fulfill were not fulfilled, and now we see that capitalism is out of control and in the countries where it is, the deficiencies are enormous. And especially with migrations as the worst thing there is at the moment, because we are talking about thousands of people who have a terrible life. And that when there is so much wealth in this world

María del Mar Bonet: “I never seek to raise awareness in my concerts, they are not a ‘master class'”