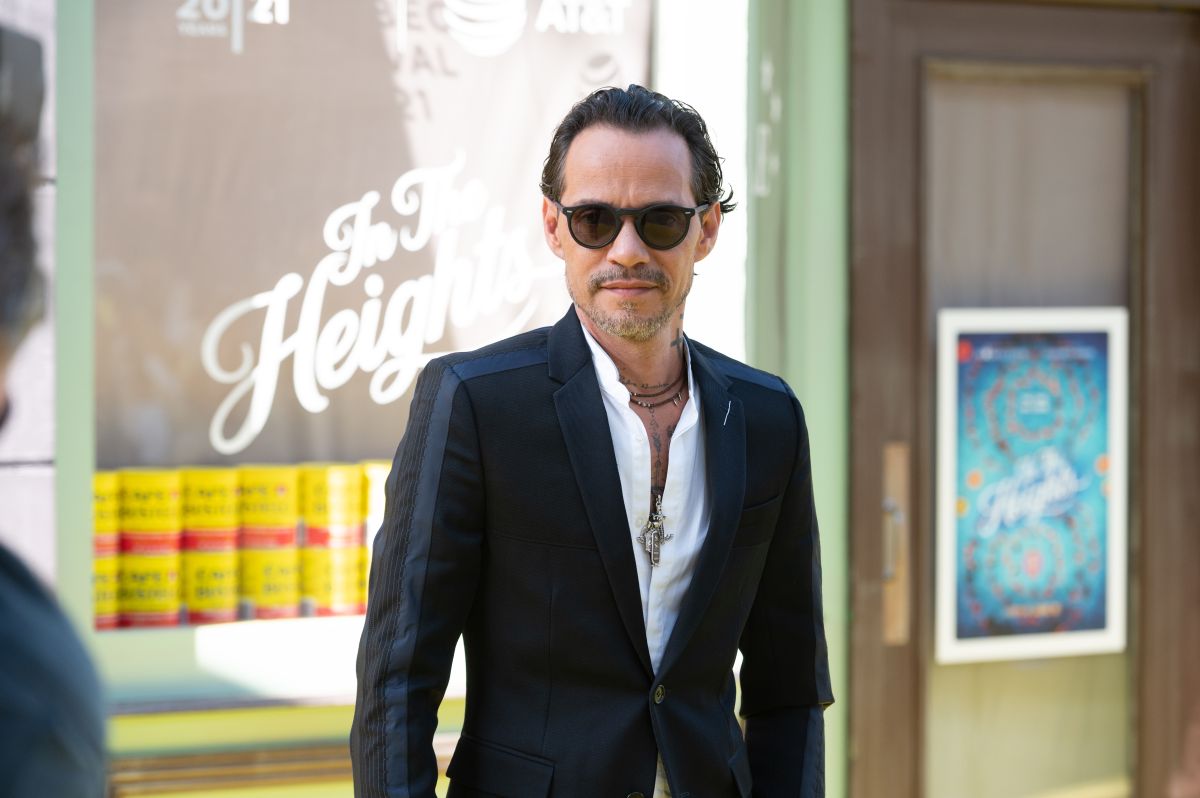 The singer Mark Anthony occupied much of the headlines of the national and international press after the leak of several photos where it could be seen that he was in very good company, it was a weekend with the Beckham family while they sunbathed on a yacht.

However, the highlight in this case was not the sharing, because on several occasions the interpreter of ‘Vivir mi vida’ has been quite close to the soccer player David Beckham. What was very impressive was seeing his current physical appearance, and that is that he looks thinner than normal and his fans expressed their concern while others saw it as completely normal for him to be “getting older”.

The images were taken in Miami while he was having a conversation with David and his son Romeo Beckham. A fact that later began to question the state of health of the interpreter of ‘Flor pálida’, apparently everything would have reached his ears and for this reason, he clarified that he made the decision to want to relax for a while, while in the photos they do not show he saw his fiancee, Nadia Ferreira.

In an image it was also possible to see how the interpreter of “Tu amor me bien” had a hard time seeing clearly what was on his cell phone. Therefore, she had to focus a little more in order to understand.

After the great controversy in which he was involved not only for not having gained weight, but also for having looked quite disheveled, this Monday sent a few words through his personal account from Instagram to clarify that he has taken a few days for him.

“Enjoying the best energy, in two weeks we continue #TourLife! #EstoSigueee”, was the message that accompanied an audiovisual that he shared on the platform of the little camera.

“Keep enjoying and recharging energy, handsome daddy”, “I wish you all the success and many blessings”, “My idol, God bless you always”, “My beautiful skinny looks fresh”, “The energy that my beautiful skinny has !! ! But after these concerts to check up and rest”, “And we go for more dear teacher, you are pure fire”, “Great joy, that you are with that good vibe”, “You are the best, skinny”, were some of the comments that shared by his followers.

It may interest you:
· Marc Anthony raises concern about his extreme thinness while enjoying the Beckhams
· Was Marc Anthony in love with Selena Quintanilla? The singer spoke about the affection he had for her
· Dayanara Torres spoke out for her ex-husband Marc Anthony’s commitment to Nadia Ferreira

Who is Jack Antonoff, the best producer in the world?
The searchlights come back on; live concerts return
Felipe and Matilde from Belgium, in concert with their children after Elisabeth and Gabriel return h...