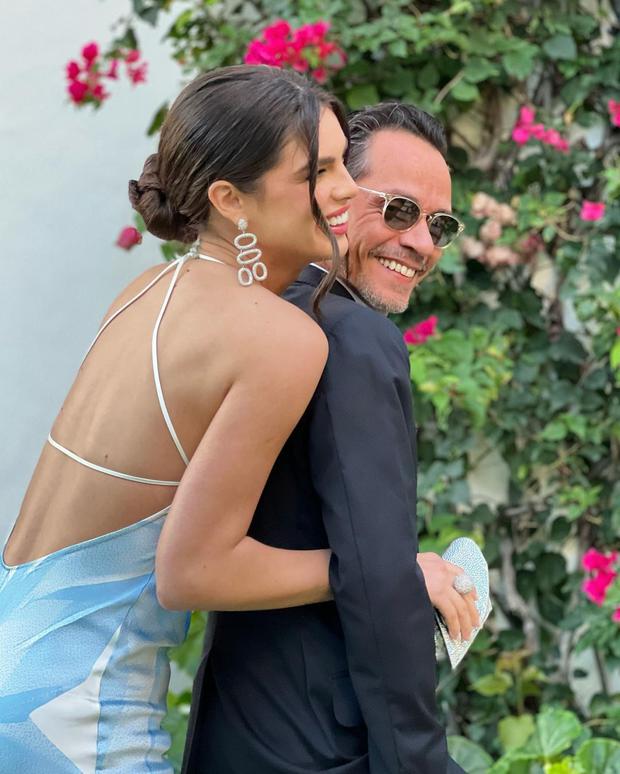 Despite the criticism and controversies that arose around Mark Anthony Y Nadia Ferrera, both live their love to the fullest and do not hesitate to show each other what they feel whenever they can. Even, on some occasions, those details that they have for the other are presumed in their accounts. social media.

MORE INFORMATION: This is how Marc Anthony and Nadia Ferreira were dressed at the wedding of Brooklyn Beckham and Nicola Peltz

That happened this last weekend when the Paraguayan model shared the precise moment in which her lover decided to show her some affection in front of many fans and when she was working, which meant a lot to her.

Nadia, totally in love and happy for the small gesture of Mark Anthonydecided to share it with his millions of followers on his personal account Instagram.

THE ROMANTIC GESTURE OF MARC ANTHONY FOR NADIA FERREIRA

During a recent musical presentation of the salsero in MexicoNadia Ferreira was behind the scenes watching the entire show and showing him all her support, so he rewarded him in a very romantic way.

In full concert Mark Anthony He approached where she was for a few seconds and gave her a romantic kiss, which was considered a tender gesture due to all that it means to be absent for a while during such an important presentation.

Nadia Ferrera She shared a photo on Instagram of the precise moment and also took the opportunity to dedicate a few words to her boyfriend. “I love you period”she wrote.

WHO IS NADIA FERREIRA?

Nadia Ferrera, of Paraguayan nationality, was born on May 10, 1999 and is about to turn 23. She was Miss Universe 2021 and managed to be among the three finalists.

During her presentation at the beauty pageant, she shared hard moments of her childhood, as she suffered from congenital torticollis, for which she was operated on when she was only eight months old and years later she partially lost her hearing, her sight and her ability to move.

However, nothing managed to bring her down, as this prompted her to move forward and today her health is stable. Her example of struggle, in addition to her beauty and charisma, led her to be the image of major brands and to be the cover of renowned magazines such as Harper’s Bazaar, Cosmopolitan and L’Officiel. Additionally, she has modeled on major catwalks such as New York Fashion Week, Milan, and Paris.

Currently moved to the Mexico City in order to expand her career in the world of modeling, but she also finds time for other activities, since she leads the organization NF, which provides support to women who suffer domestic violence, encouraging them to continue with their lives and learn to develop by themselves.