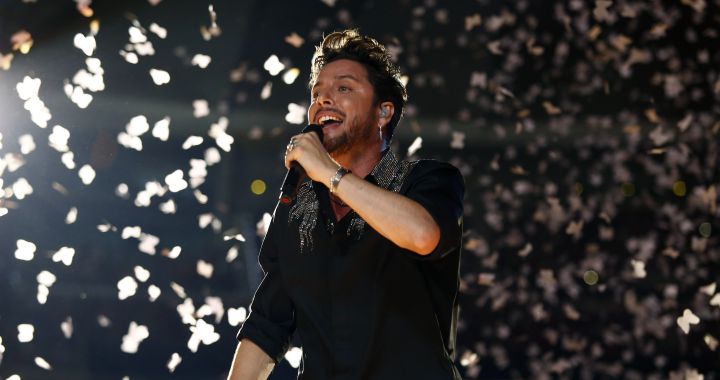 Two years after its last edition and after canceling the last two editions, it returns Universal Music Fest. The music festival to be held at the Teatro Real de Madrid by Universal Music has confirmed artists such as Manuel Carrasco, Pablo Lopez The Zaz between performances.

Universal Music Festival resumes its cycle in 2022 to celebrate its sixth edition, returning with more force and more shows to become a reference festival in the capital during the summer season as it will last from May 1 to July 28.

Manuel Carrasco (May 1): Manuel Carrasco wants to resume in 2022 the La Cruz del Mapa tour that he had to postpone because of the pandemic and that he was going to celebrate in 2020 in all the cities of Spain. The Andalusian will present his greatest hits including his most recent studio album with which he swept live in 2019.

Zaz (July 24): Zaz returns with her fifth album in fall 2021, called Isa. The French artist is preparing her next tour in the same spirit, once again touring the world and its most exclusive concert halls. Performances on a human scale and close to the public. A return to the essentials. A world tour called the Organique Tour.

Anna Netrebko and Yusif Eyvazov (July 25): Acclaimed soprano Anna Netrebko and tenor Yusif Eyvazov will take to the stage of the Royal Theater with the collaboration of baritone Elchin Azizov and musical director Michelangelo Mazza. In the first part of the program there will be several arias by Giuseppe Verdi such as the Nabucco opera overture, among others, which have already been enjoyed on previous occasions at the Real.

Iggy Pop (July 26): An authentic music legend built on hymns like The Passenger or successful commercial collaborations such as Candy (with Kate Pierson) and her hits in cult films (Lust for Life, Repo Man and Death Car).

Hadrian (July 27): An opera in four acts with music by Rufus Wainwright, with the libretto by Daniel Mcivor and with the special collaboration of the Mapplethorpe Foundation. It will be an opera in a semi-staged concert version.

Pablo López (July 28): It will be the only concert that Pablo López will perform in 2022. He will return to his essence, on the piano and voice with an intimate and very special concept.

The rest of the poster that will be part of the sixth edition of the musical cycle will be revealed soon Universal Music Festival 2022.

Manuel Carrasco and Pablo López, among others, confirmed at the Universal Music Fest