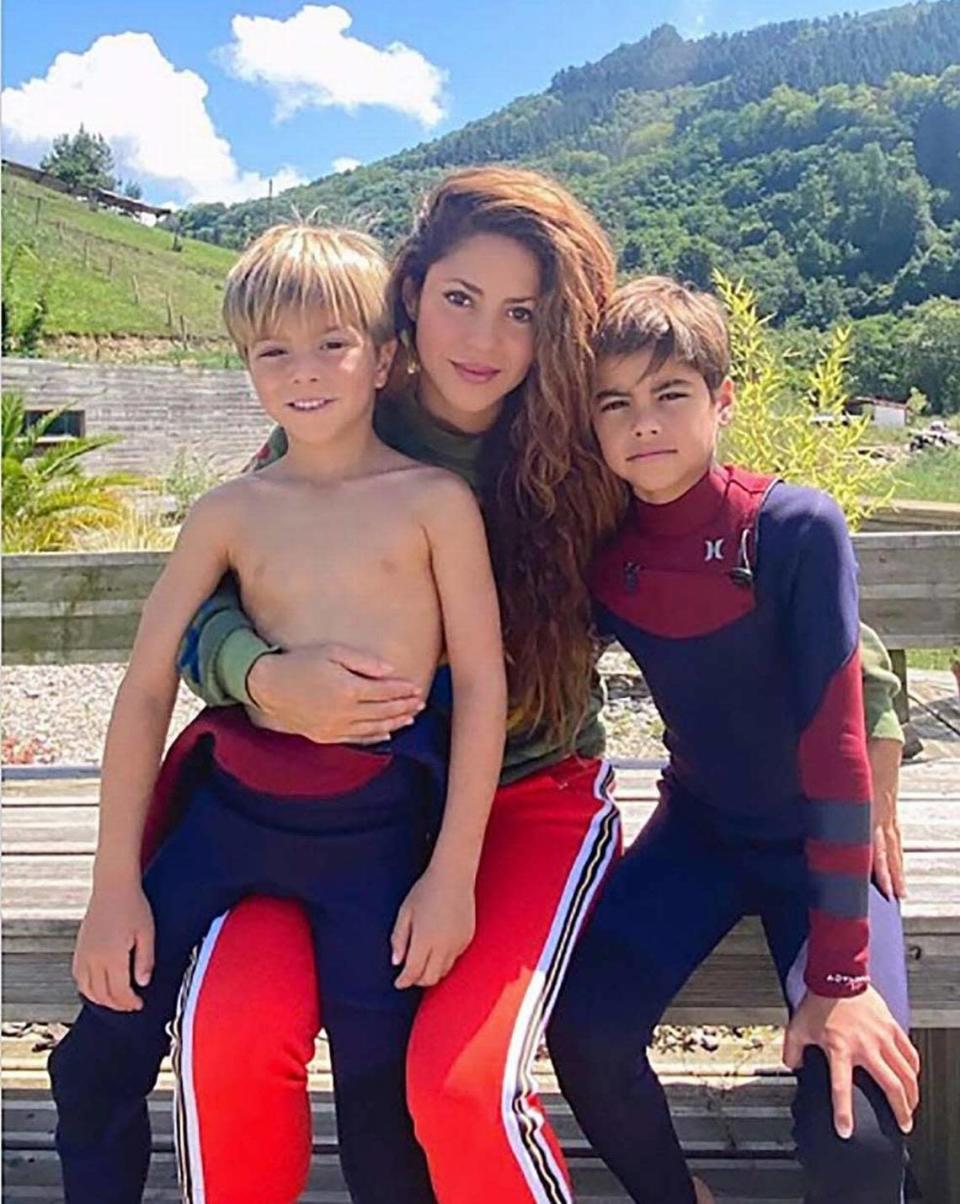 Shakira keeps her mansion in Miami Beach on one of the streets most coveted by celebrities, North Bay Road, which would be a special home if the rumor that she will return to live in Miami with her children Milan and Sasha comes true, after the announcement of his separation from the footballer of the FC Barcelona team Gerard Piqué.

The Shakira’s mansionThe 6-bedroom, 8-bathroom, which real estate site Zillow lists as not currently for sale, has been on the market several times at various prices, most recently for nearly $16 million last year. Now the house is valued by the same portal at $20 million.

Shakira bought the house built in 1951 in 2001 for $3.3 million, a year after beginning her relationship with Antonio de la Rúa and before her success in the English market. She’s given it renovations, including a three-bedroom addition, and added lots of personal touches reminiscent of her Lebanese heritage, like a lounge with a hookah in the center.

In 2015, he put it up for sale for $14 million, two years after the birth of his son Milan, at a time when his relationship with Piqué was going full sail in Barcelona. In 2018 he lowered the price to $11.6 million, but it still did not sell, as if the mansion was waiting for a return that seemed unlikely at the time because Piqué was still active with the Barcelona club.

Now the house facing Biscayne Bay, with open spaces and simple decoration in light tones, similar to that of the mansion that until recently shared with Piqué in Esplugues de Llobregatcould serve as a refuge for Shakira.

The Colombian singer, who took her first steps with the big record companies in Miami, faces constant attention from the press in Spain, which remains stationed near her home.

Shakira and her children could move to Miami

The saga of his Pique separation in the gossip press in Spain has climbed with soccer player infidelity descriptions and claims that Shakira is jealousbut the only certain thing is that the 45-year-old singer asked for “respect” for her family in the statement that her public relations officer released to the press two weeks ago.

She also denied that she had an anxiety attack that took her to the hospital due to the crisis in her marriage. The singer said in a tweet that his father, William Mebarak, 90, had been in an accident And days later, he uploaded a video to his social networks in which he helps his father with therapy by showing him some cards with texts that help him in his recovery.

Now at stake is how the couple decides to divide their property – the Shakira’s net worth is $300 million, and Piqué’s, $80 million, according to the site Celebrity Net Worth. It also comments on the agreement to protect your childrenwhich includes that they will allow some time to pass before going out in public with another person and that they will only share photos on networks with children.

At the same time, the question is whether Piqué will agree to Shakira living with her children far from Spain. The school year in Spain does not end until June 22, then it will be seen if she will move permanently to the neighborhood in South Florida where she has as neighbors celebrities like Cindy Crawford and Karlie Kloss.

At the moment, Shakira celebrates that her single Congratulations, with Raw Alejandro, has already reached 100 million views on YouTube. She is also one of the celebrities that integrates the jury of the program Dancing with Myself (NBC), in which they present a series of dance challenges to the contestants and many times it is she who demonstrates how to do the steps. What a privilege for the dancers.

Mansion that Shakira did not sell in Miami, the perfect refuge to live with their children