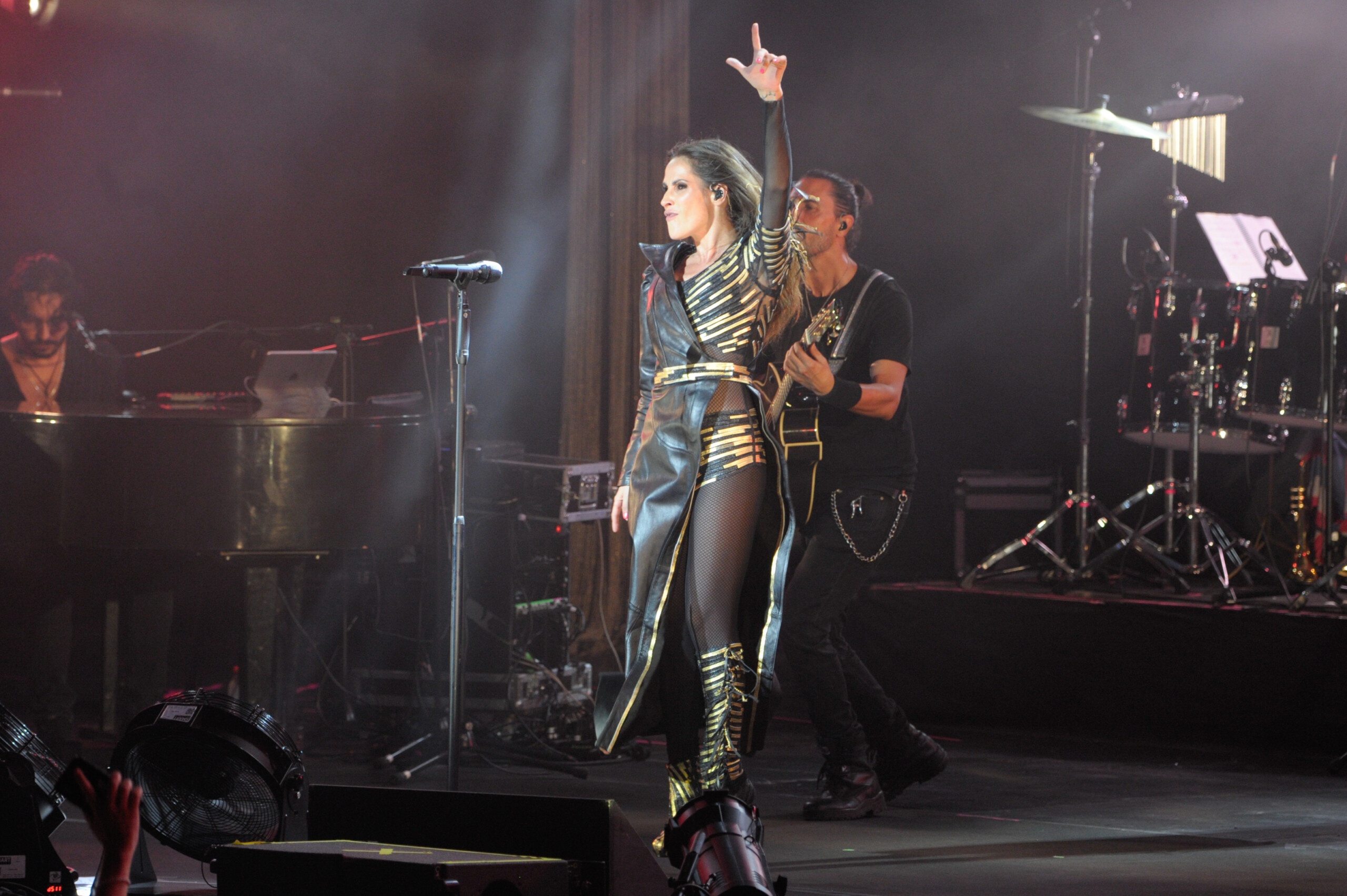 maluone of the most important female voices in Spain, he returned one more year to Marbella to participate in one of the most demanded festivals of the summer, Starlit. The concert has been part of the tour with which he presents thousand battles, his latest album. Her public awaited her longingly and the singer met expectations with a spectacular directwhich brought together songs from his most recent album with some of his old hits.

What was not so successful on his night at Starlite was his look. Malú acted with a mesh jumpsuit with gold and black pieces on which was placed half a long leather jacket. Of course, we have seen the singer with better outfits at other times of her tour, although it is not the first time that she uses this jumpsuit.

The singer’s half-half look has left us a little baffled, but it’s not the first time that a singer has left us surprised by her stylistic choice at a concert.

An excessive mixture of elements

Performances are the key moment for a singer to demonstrate his style and make his essence clear. But, sometimes, the value that simplicity can have is forgotten.

A few weeks ago, on the same stage, Chenoa she performed on the stage of a festival that received her with open arms, giving a masterful lesson in voice and entertainment, although perhaps not in style. The singer opted for a modern cinderella style look with ripped jeans, a top with rhinestones and a denim jacket with embroidery and a built-in skirt in white tulle. Maybe too much.

Errors in the choice of accessories

The looks of the singers at their concerts always make people talk, although of course some more than others. On many occasions, the attempt to be original with some of the accessories ends up playing tricks on the artists. A few days ago, the networks caught fire after the appearance of Evaluna at the concert of her husband, Camilo, due to her questionable choice of footwear. The singer decided to wear some green crocs with attached heelfrom the luxury firm Balenciaga.

It is not the first time that Evaluna has been questioned by her followers for his peculiar way of dressing and the outfits he chooses in the shows. The truth is that, under the pretext of Balenciaga’s ‘crocs’, the singer received a lot of criticism also for the rest of the outfit, a white shirt with biker-style tights and a corset over it.

Like Malú, there are many singers who choose to use transparencies in their looks on stage, seeking add a sexy touch to your style. But sometimes sheer leggings, especially if they are full-length like the singer in Starlite, are not the most flattering choice. This has been going on for years and the criticism on the abuse of transparencies have splashed Spanish and foreign artists.

It already happened in 2018, when the singer Ruth Lawrence acted in Chain Night 100 with a Transparent full-length ‘bodysuit’ with a design of friezes and glitter.

Nor is it worth falling short

Another of the common mistakes we see when choosing a concert look is choosing clothes that are too casual or even ‘sporty’, that sometimes do not fit with the aesthetics of the show. Although this has happened on several occasions, the case of one of the concerts by Amaia Monteroalso during Chain Night 100where she wore a dress with sports style stripes that did not quite fit with her aesthetics.

Malú’s mistake at her Starlite concert and other singers’ skids on stage. Why is it so difficult to go well dressed to give a concert?