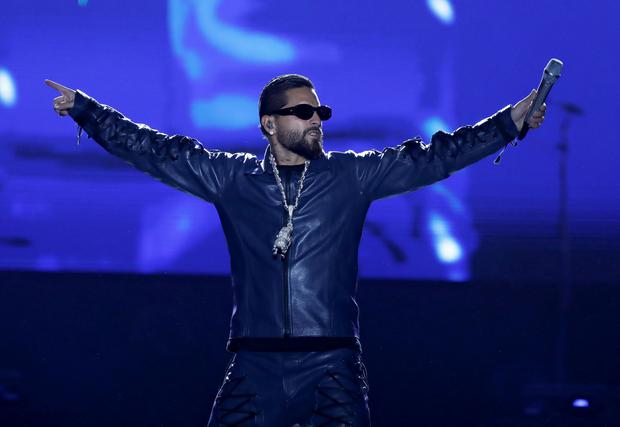 Just over 3 hours (by air) separate Medellín from Lima. Such is the case that Juan Luis Londoño Arias -o Maluma– You can wake up, have lunch at home with your family and friends, get on your private plane and land on Lima soil around 6 in the afternoon. For the night, she has a concert at the Jockey Club, so she will be on time for the appointment. This is demonstrated by the Instagram stories of the man born in Medellín. Why is Peru the second home of the Colombian reggaeton player?

Already at the Jockey Club, the nationals Farik Grippa, Combinación de la Habana (with their well-known conversion of reggaeton hits into danceable timbas or salsas) and finally DJ Peligro are in charge of animating the public that meets at the Jockey Club. . Minutes after 10 at night, and with some shouts from the most fanatic to hurry up, it’s Maluma’s turn.

“Hawái” is the theme chosen to start his concert in the capital. In fact, considering his last visit to Peru in May 2019, it is that song that was the most successful in the Colombian’s career, so much so that he even had a remix with The Weeknd (in an effort to sing in Spanish). “Hawái” is followed by the songs “Madrid” and “Parce” and the atmosphere in the Jockey Club begins to heat up, even more so if fireworks accompany almost all the songs, as well as a dance cast and a complete band that they spread

And so the hit “Hawai” sounded, one of the most emblematic songs of @maluma that made the Peruvian public sing @Luces_ECpe pic.twitter.com/cdTSzzGdsP

Dressed in a dark blue leather outfit, the man from Medellín greets his audience that came en masse to the Jockey Club (approximately 10,000 attendees). He thanks everyone who made the effort to get to see him and remembers his first years as a singer, a stage in which he was closely linked to Peru.

“I remember when I came to Lima

Do you remember that I participated in a program called Combate?

I was like 20 years old, and it was a very special moment in my career.

And although people told me: ‘You’re crazy, your music is not going to reach other countries’.

When I came to Peru and felt his love, I realized that dreams do come true. Eight years later I am here again enjoying my career and the best fans in the world”

And although Maluma is a little wrong in the data, it is worth the memory effort made. She was 17 or 18 years old when she was in ATV Combat. And it was the year 2012, in which she along with Zumba, Mario Hart, Sheyla Rojas and other participants did their thing in the competition program.

The theme ADMV (“Love of my life”) was one of the most chanted of the night. Then there was time to sing with Blessd (22 years old), one of the new Colombian reggaeton talents, with whom she sang “Impossible”, the song they share and which was released last year. Maluma also brought a small fan on stage to be able to sing “Happy Birthday” to her, accompanied by all those attending the Jockey Club.

During the concert, there was also space for hits such as “11 PM”, “HP” and “Borró cassette”, which were among the most enjoyed in the Lima night. With “Felices los 4″, with a salsa version ending as if to remind us of the remix of the song with Marc Anthony, and “Sobrio”, the Colombian show was reaching its final part.

Maluma takes time to ask people to sing with him, to ask “where are the single women tonight?” and to ask that we all make a toast with him. A total mastery of the scene, acquired in recent years, in which he went from being a ‘combatant’, to coming to the Center of Lima for an interview with this newspaper (an anecdote that we will tell later) to singing with the queen of pop Madonna , or star in a movie with Jennifer Lopez.

The public knows how to recognize the Colombian, who closes his concert in the capital with songs like “Vente pa’cá” and “Blackmail”. Both known for being a feat with Latin music figures like Ricky Martin and Shakira, respectively. The end comes, how could it be otherwise, as it all began, with “Hawái”, the super hit with more than 1 billion views on Spotify and diamond single x3 in Peru. Almost nothing.

Maluma in Lima: a night of toasts, overflow of energy and enjoyment in his “second home” [CRÓNICA]

'Bomba Estéreo presents', the band's documentary project to make visible the environmental wealth of...
Deep Purple from Ritchie Blackmore to Steve Morse: All the guitarists who have played in the legenda...
How much does Bad Bunny charge for each concert? | Music | Entertainment