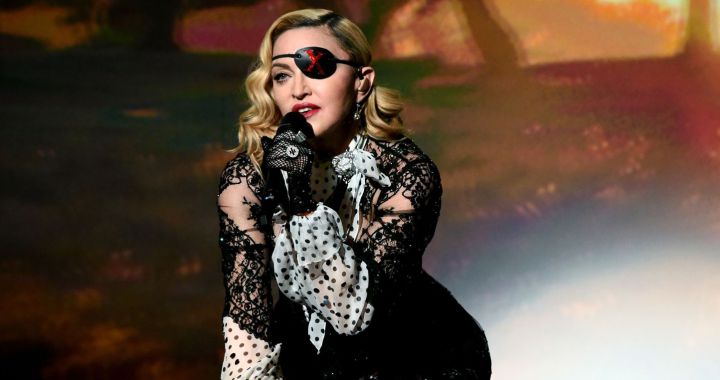 “So great to be back in the studio making Music again. Surprises in the New Year”. This is the message you posted Madonna a few days ago on his official Instagram profile and that has revolutionized the entire music industry. The Queen of Pop published a series of images in which she was seen inside a studio recording voices.

The big question and the big question now is whether the Michigan artist was referring to the New Year as a day, that is, to January 1, 2022, which is next Saturday, or to the year 2022 itself and we will have to wait for something more than that. time to receive your new musical proposal.

The images that accompany the text published by Madonna seem to be of some of the collaborators who would be accompanying the soloist in this return to the music scene. They include Swae Lee by Rae Sremmurd, producer Lauren D’Elia or composer Jozzy.

It is not the first time that he uses these collaborators. Remember that in his previous record project, Madame X, the interpreter has already joined her talent with that of these producers in search of refreshing her sound while maintaining the stamp of ‘blonde ambition’.

With the aim of launching her new musical project in 2022, Madonna will thus end three years of record silence since the aforementioned album was released, which she could barely defend live due to the outbreak of the global coronavirus pandemic.

Since then the artist has kept a low profile when it comes to prominence except for some heavily criticized Instagram posts for labor exploitation and gender violence. The Queen of Pop thanked many of her collaborators for working hours for free and showed a photo of photographer Steven Klein pointing a knife at her. If the queen of pop wanted to impact her followers with the publication, she succeeded.

That is the touch of Madonna: never leave anyone indifferent. And surely with his new music he will also succeed. Now the details remain to be known: title, release date, songs, collaborations …