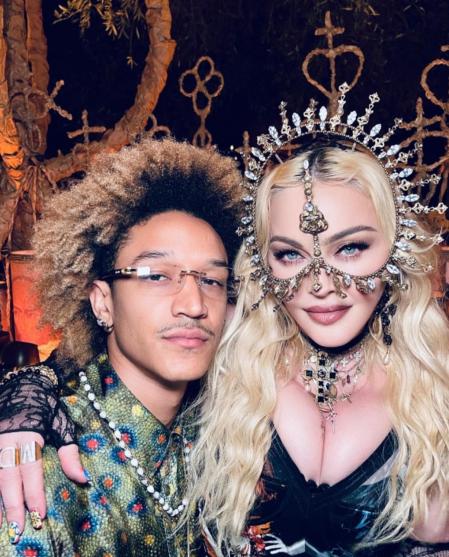 The love between Madonna, 63, and Ahlamalik Williams, 28, has come to an end. As published by the newspaper The Sun, after three years of controversial romance, the singer of Like a Virgin and Williams are no longer together.

The British singer and the American dancer met at work in 2015 when Williams joined Madonna’s cast of dancers. As time went by, the dancer and the singer became good friends and four years later, in 2019, the couple announced their love relationship.

According to the British newspaper The Sun, the rupture would be related to the intense social and professional life of the artist. “Madonna has thrown herself into a busy social life and has been seeing her friends and family after the split. She has a busy schedule and is working on her next biopic, new music and taking care of her family.” half a source of the environment of Madonna.

The rupture has confirmed that the information about an alleged crisis in the couple was true. Madonna and Ahlamalik Williams had not made a single public appearance since the beginning of the year. Yes, according to the newspaper The Sunthe friends of the ex-partner have revealed that the singer and her dancer decided to end their relationship amicably.

The 63-year-old singer and the 28-year-old dancer met during the tour of rebel heart 2015, when Ahlamalik Williams joined the tour cast. Four years later, the two began a controversial relationship that made many headlines due to the age difference between them. However, now, the two will follow their own paths in life as far as love is concerned, since they will surely continue to maintain a professional relationship and become great friends.