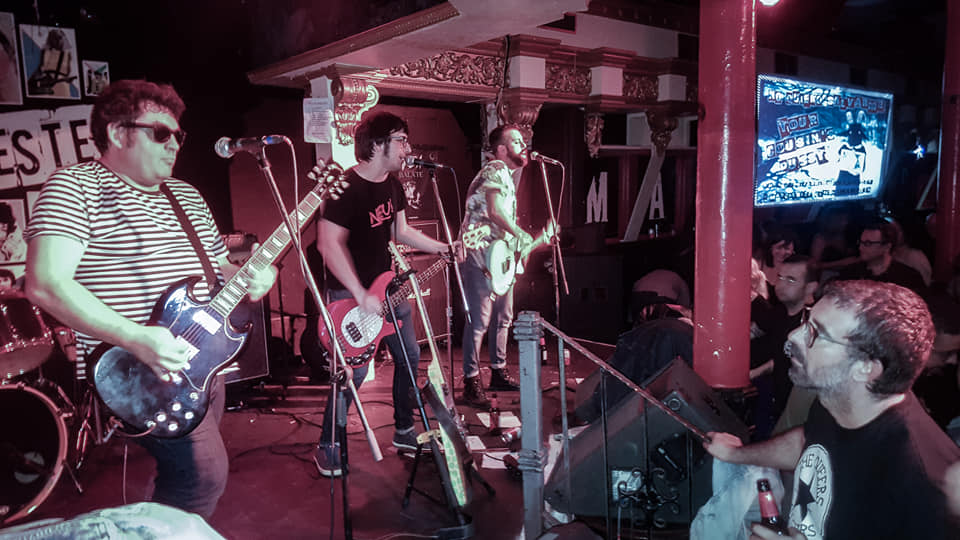 Madchester Club, the last concert hall in Almería, has closed its doors permanently. This was announced by their owners this Sunday from their Facebook profile, ensuring that they leave with “a bittersweet feeling” and that they have fought for its continuity “until the last moment” with the intention of “being able to negotiate both with administrations and with the people who made the sustainability of the space possible”. However, the “thousands of obstacles and negatives” that have been encountered have ended up sentencing their future.

In a post addressed to his fans, from the Madchester leadership they point out that “Closing had never been an option” until three weeks ago “they banned indoor performances again” due to the increase in infections in the context of the fifth wave of the pandemic. “We saw each other again with the work that it means both for us and for the bands, associations and labels, to be able to do what we know best, which is to share culture, once again having to stop in its tracks,” they say.

According to the publication, for the next season, the room was doomed to “renegotiate a series of circumstances in order to endure with the leader out of the water until autumn came, but this has fallen on deaf ears ”.

Finally, Erlinda and Jose – the managers of the space until now – do not let the news of the closure cloud the good times and affirm that Madchester is “each of the people who have set foot in the room”. “It was never easy, we threw ourselves into an Olympic pool while we were still using a float and we have learned a lot: we have hit the bumps and we have given super hits,” they conclude, before going on to thank employees, artists and clients for their support.

Impact of the news
Located in the Nicolás Salmerón Park, Madchester Club became, with great tenacity, a benchmark of live music in the capital. It should be remembered that groups of all musical styles have passed through its stage. Among them, and to name a few examples, Vinila Von Bismark, Kitai, Saratoga, No Potable or Derby Motoreta’s Burrito Cachimba have performed there. They have also opened their doors to names of the local scene such as The Dry Mouths, Zoso, Superfortress and, not long ago, Juanma Cidrón.

It is the last concert hall in the city. From there the impact that the closure announcement has had on social networks among which could be called the Madchester family. In this sense, Nieves Molina, linked to the Institute of Almeria Studies (IEA) and the Provincial Council, thanks them for their work and dedication and encourages them saying that “the good moments lived there will always remain”. For his part, Juan Torres, community manager of Cooltural Fest, confesses his grief and evokes the “great and unforgettable concerts” held in the hall.

From outside the provincial level, established groups such as Eskorzo wish him “the best in this stage that begins now.” “A lot of strength, thank you very much and a big hug for the whole team, these are not easy times for culture “they say.

Madchester Club if you have seen doubly beaten since the start of the pandemic of Covid-19 that, on the one hand, has put the nightlife sector on the ropes and, on the other, the world of culture. Be that as it may, the essence of what the Madchester spirit has been remains in the retina.