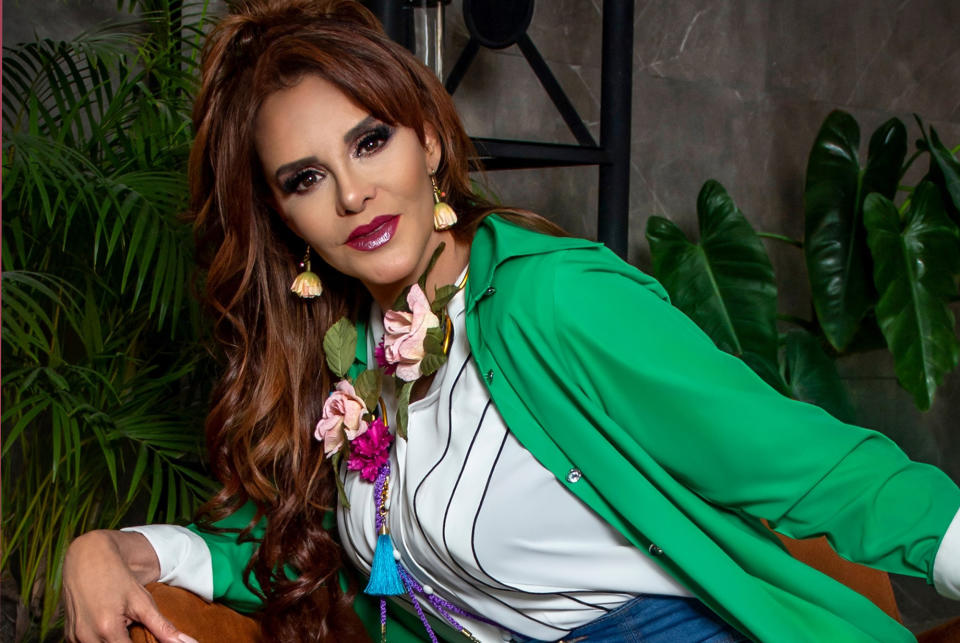 The singer Lucía Méndez expressed her concern and affection after learning that Salvador Pineda, who was her boyfriend in the 1980s, has financial problems after injuring his hip and undergoing surgery.

After making it known that the actor is supposedly in a precarious situation because he spent a large sum of money to recover his health, and that he even has nowhere to live, Lucía raised her hand and expressed her desire to help him.

During her most recent meeting with the press, the also actress heard the reporters talk about the issue and immediately said: “I love him, I love him, and we will see what we can do for him, definitely.”

Faced with the direct question about whether she was willing to support him financially, Méndez assured: “Yes, if they tell me what account I put into, I put money…”.

When asked if she would give her ex-partner a large sum of money, the interpreter of “Corazón de Piedra” clarified: “Not exactly, I’m not a multimillionaire either, but I would put a good amount on it.”

Lucía and Salvador had an affair when they worked together on the successful telenovela ‘Tú o Nobody’. The artist confessed a long time ago in an interview that Pineda was a very nice person, he made her feel like a queen, in addition to the fact that she was too attractive a man in her time.

In this way, the singer showed that beyond the years and what happened with her romance, she is very fond of her ex, so now she does not rule out supporting him in case the actor requires it.

ON VIDEO: Mon Laferte: knows the almost unknown talent of the singer