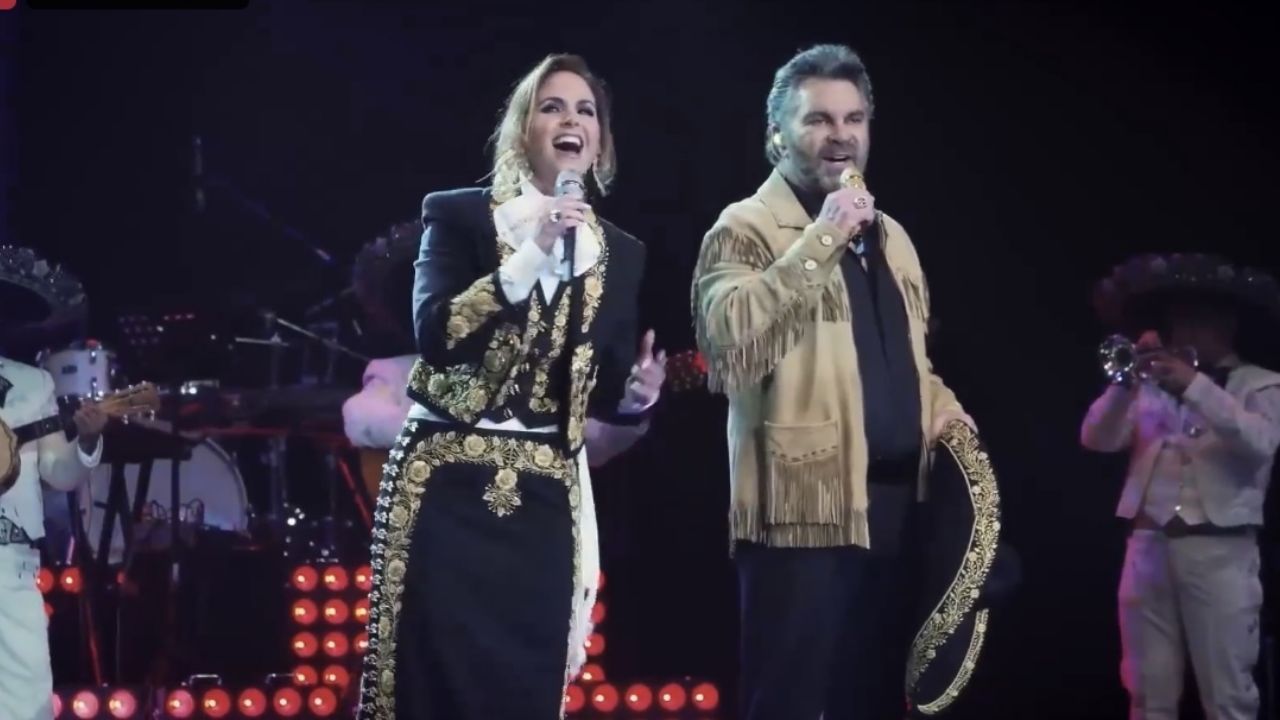 Holding hands and knowing that there will always be a good day to “love each other more” was like this September 15 the singers Lucero and Manuel Mijares they offered a free virtual concert that could be seen from the Facebook page of “Sam’s Club”, and that days before they recorded at the National Auditorium.

With the theme “Si me enamoro”, performed as a duet by the couple, It was how the party started on such a special day for Mexico. “The Bride of America” ​​and “The Soldier of Love” gave the cry with their audience and the only requirement to enjoy the event was to have a brand membership and enter the Facebook group “Sam’s Club”. She in a charro outfit and he in a Tamaulipas jacket did honor to their country by interpreting songs such as “Mexico, cute and dear,” or “It forgot me again.” by Juan Gabriel.

“We are happy and grateful to all the people,” Mijares mentioned at the beginning of the concert, where both singers showed their chemistry and complicity. “Four times love” was one of the first songs that evoke the good times of the couple and that the audience in the auditorium applauded from beginning to end.

Lucero, dressed in an asymmetric metallic minidress, performed alone her youthful hits such as “Electricidad” and “Veleta”, while Manuelito, as she says, returned to her iconic themes: “Love did not die”, “Poco a poco”, “Will”, “I will remember you” and “Always”, to name a few.

Then, together in total complicity they performed “Me aliment de ti”, “Esta vida loca” and the controversial song “If you had me” which they ended up singing hand in hand.

And they surprised the more than 15 thousand netizens connected in the event broadcast “live” with an affectionate kiss, which was widely commented on in networks:

The successful couple had already offered a concert together on May 22, 10 years after the separation of Lucero and Mijares. Their children were part of the concert. Thanks to this and their fun participation as judges of the reality show “The challenger”, the ex-husbands have once again become the couple (without being officially) favorite of the public.