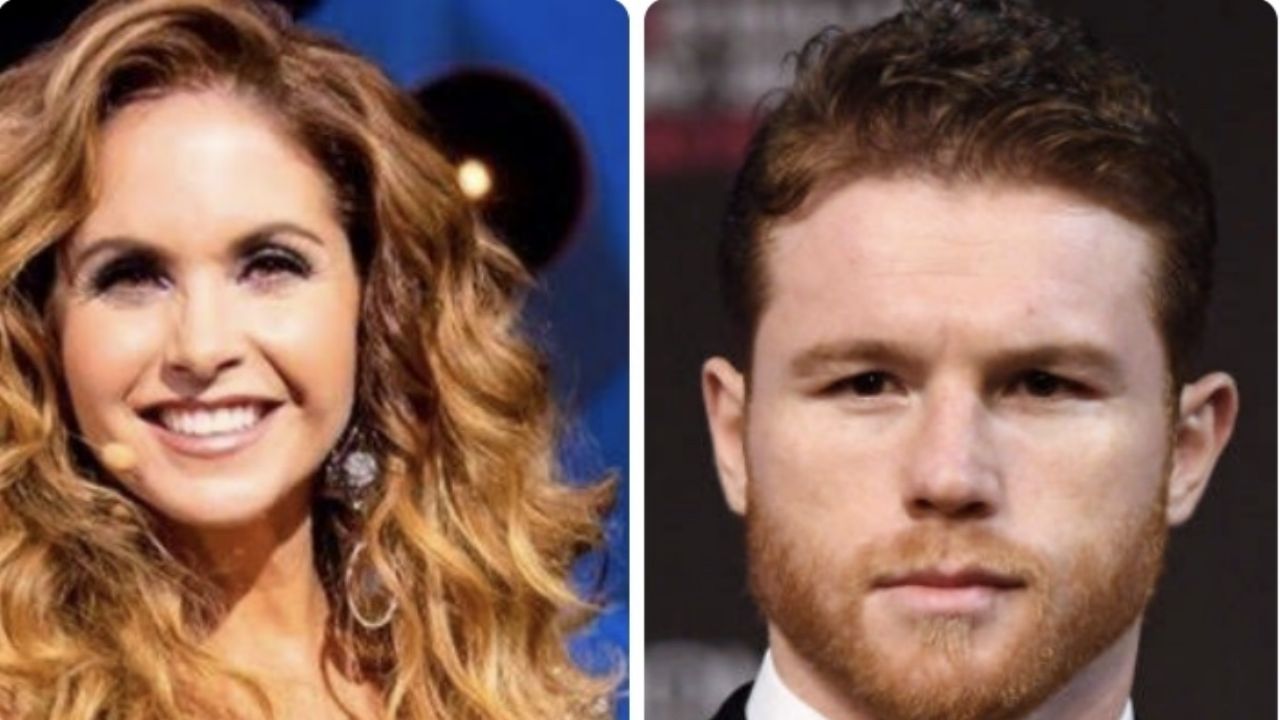 After a long history of romances with beautiful women, he finally Mexican boxer Saúl “Canelo” Álvarez married civilly and for the church, last May, in his native Jalisco and he did it with Fernanda Gómez, a model with whom he began dating in 2017.

However, soon after they finished and he was romantically linked with Shannon de Lima, But when Fernanda announced that she was expecting María Fernanda, the athlete’s third daughter, they resumed their relationship and it ended in a wedding.

However, the gallantry of “Canelo” does not stop, because on the night of this Tuesday, December 21, the boxer was present at the inn of Value Grupo Financiero, where Lucero and Manuel Mijares offered a concert, and there, he flirted with the “Bride of America.”

The 31-year-old world boxing star took the stage and without further ado, in full view of all the diners and his ex-husband Mijares, Without going out of tune, he intoned some verses of the song “Eso y más”, which was popularized by Joan Sebastian.

“By going to find you I would save storms, cyclones, dragons, without exaggeration. For being able to look into your beautiful eyes and experience the glory of being by your side “, was the verse that he sang to him while Lucero smiles. and, visibly saddened, appreciates the gesture.

In a clip from another moment, which Lucero’s followers have shared through social networks, Saúl Álvarez is observed approach her to give her a flower, while she performed the song “I want.”

Already in dressing rooms, They are seen with businessman Carlos Bremer and Lucero León, mother of the actress, while they watch a video on his cell phone, of how it was that in the morning of that day, the boxer arrived driving a trailer loaded with 5,500 toys to give them to low-income children.

The events occurred in the Government of Nuevo León, through the Comprehensive Family Department (DIF). He was welcomed by Santa Claus, Carlos Bremer, the governor of Nuevo León, Samuel García, and his wife Mariana Rodríguez Cantú.

Lucero and “El Canelo” Álvarez flirt in the middle of a concert, he sings to her and gives her a flower