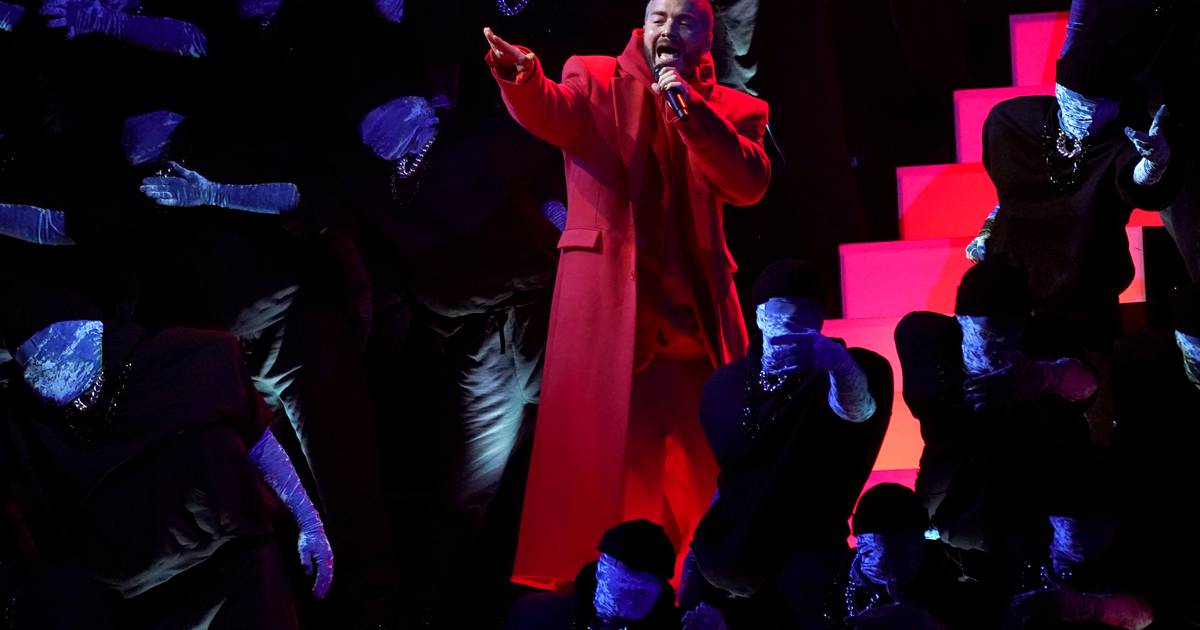 The world of entertainment was on hiatus, but judging by the number of events that will take place in the coming months, not anymore. Artists from various genres will be performing soon on various stages throughout Central Florida.

Here is a list of the next music stars that you can see in concert.

Beloved merengueros Elvis Crespo and Limi-T21 will bring a taste of their music to Orlando. The presentation, which will take place on Friday, April 22, at 9 pm is only for people over 21 years of age. Tickets are available at ticketpop.com from $60.

Singer Ricardo Arjona returns to Orlando to present his “Blanco y Negro” concert on Friday, May 6, at 8 pm Tickets for the composer’s concert are available at amwaycenter.com from $78.24.

The urban artist J Balvin, interpreter of songs like “Safari”, “Ginza” and “Ay Vamos” arrives in Orlando to present his concert J Balvin: Jose tours on Saturday, May 14 at 8 pm Tickets start at $51 at ticketmaster.com.

Between sea and palm trees by Juan Luis Guerra

Dominican singer-songwriter Juan Luis Guerra will perform in Orlando on Saturday, June 4, at 8 pm as part of his concert tour called “Between sea and palm trees.” The public will be able to listen to him perform some of his hits such as “Niagara on a bicycle”, “Las avispas” and “La bilirrubina”. Tickets available at amwaycenter.com from $56.99.

Jaripeo without borders by Pepe Aguilar

On Sunday, August 21, at 8 pm, four-time Grammy winner and five-time Latin Grammy winner Pepe Aguilar will take the Amway stage. The singer will have as special guests his brother, Antonio Aguilar, and his children, Leonardo Aguilar and Ángela Aguilar. Tickets available from $36 at ticketmaster.com.

The urban music icon, Daddy Yankee, announced his retirement from the stage, but before that, he will perform in various cities as part of the concert tour “The Last Return”. The so-called “King of Reggaeton” will make a stop in Orlando on Friday, August 26, at 8 pm Tickets for the performance start at $205. You can buy them at ticketmaster.com.

The rag picker Anuel AA, who has collaborated with Latin music artists such as Marc Anthony, Enrique Iglesias, Ozuna, Yandel and others, will present his concert “Legends Never Die World Tour” at Amway on Monday, September 5 at 8 p.m. Tickets are available from $61 at ticketmaster.com.

On Sunday, September 18, at 8 pm it will be the turn on the Amway stage of the pop music artist, Camilo, performer of songs like “Vida de rico” and “Expensive Clothes.” Concert tickets start at $63.24 and are on sale at ticketmaster.com.

The last lap of Wisin and Yandel

The so-called “Dúo de la Historia”, Wisin and Yandel, embark on “La Última Vuelta”, the concert tour with which they will bid farewell to the stage. They will be performing at Amway on Thursday, September 29, and Saturday, October 1, both days at 8 pm Tickets start at $80 at ticketmaster.com.

Mr. 305, Pitbull, will arrive at Amway accompanied by Iggy Azalea on Sunday, October 16, at 8 pm Tickets, for the concert of the artist who has collaborated with multiple artists, including J.Lo, can be purchased at ticketmaster.com. From $25.95.

Thanks to you tour of the MS Band

On Saturday, October 29, at 8 pm ranchera music will take over the stage when the MS Band performs in concert. Tickets starting at $51 at ticketmaster.com

“The boss”, Daddy Yankee, returns to Amway on December 18 and 19 for a second and third performance. This concert tour represents the artist’s farewell to the stage. tickets in amwaycenter.com. Prices vary according to the date. Available from $81.

The powerful voice of Natalia Jimenez will take over the stage on Thursday, May 5 at 8 pm Tickets for the concert by the artist, who was previously a member of La Quinta Estación, are available at eventticketscenter.com from $134.

Get ready to dance because the rhythm and flavor of the group Los Van Van will arrive in Orlando on Saturday, May 21 at 9 pm Tickets available from $103 at eventticketscenter.com.

The trio made up of Reik is ready to put the romantic note on the wave of concerts that are on the agenda in Central Florida. The group will take the stage at Hard Rock Live Orlando on Sunday, June 19, at 8 pm Tickets on sale at eventticketscenter.com.

“In your city world-tour” by Servando and Florentino

After 10 years away from the stage, the Primera brothers return to the entertainment world with a concert tour that began in Venezuela. The duo, who popularized their songs in the ’90s, will perform in Orlando on Wednesday, September 14 and Thursday, September 15. On both dates the concerts will be at 8 pm Tickets are already on sale at ticketmaster.com Y eventticketscenter.com. Prices vary by date.

Prince Royce is another of the Hispanic artists who will perform this year in concert in Central Florida. The singer will bring his “Classic Tour” to Orlando on Saturday, September 17, at 8 pm Tickets available from $84 at eventticketscenter.com.

The Great Combo of Puerto Rico

The famous salsa group El Gran Combo de Puerto Rico returns to Orlando to perform in concert on Wednesday, November 23, at 8 pm Tickets on sale from $89 at eventticketscenter.com.

Four-time Latin Grammy winner Pedró Capó will perform at the House of Blues on Friday, June 3, at 8. Tickets start at $45 at houseofblues.com.

The rhythm of Los Enanitos Verdes will reach the House of Blues on Saturday, August 13. Tickets starting at $65 at houseofblues.com.

We left here from Fiel a la Vega

The Puerto Rican group Fiel a la Vega will perform in concert at the House of Blues on Saturday, September 3, at 7:30 pm Tickets are $45 and are on sale at concerts.livenation.com.

To the price of all tickets you must add the costs of charges and taxes. In addition, you must confirm on the links where tickets can be purchased that the performances have not been postponed or cancelled.

*The Sentinel Orlando has no relationship with the production of any of these concerts, we are not sponsors and we have no control if they change or cancel them.

Lots of music and entertainment: These are the next artists that will bring their concerts to Central Florida