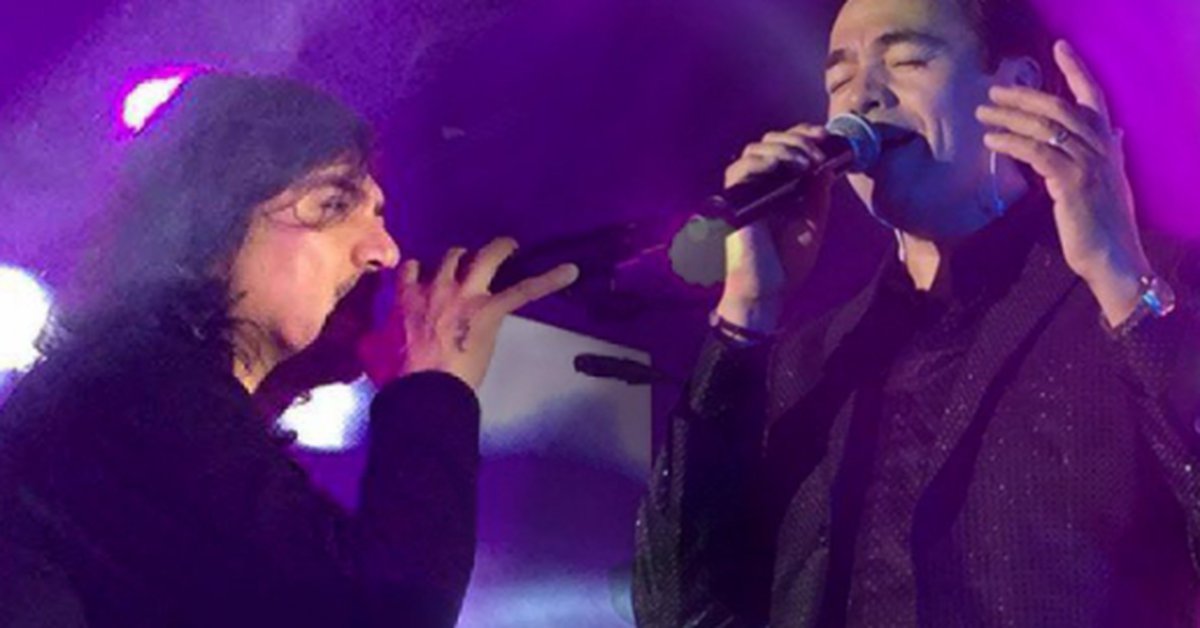 Los Temerarios confirmed that they will return to the stage in 2022. Despite how beloved the group is, it didn’t take long for fans to show their annoyance regarding the news.

The band originally from Fresnillo, Zacatecas has gone through a rather pronounced drought of presentations. The return of Los Temerarios was a pending issue for Mexican music.

The discontent of the fans was unleashed when they noticed that their Next tour does not include any dates in Mexico. Los Temerarios have some dates pending in the country, some fans even have their ticket and they have not had a conclusion for about two years.

The new Los Temerarios concert tour will begin on February 4, 2022 in San José, California. From that date, they will tour the most important cities of the American union.

Cities like Dallas, Phoenix, Minneapolis, Chicago and many more were considered. This first movement of the tour of Los Temerarios covers until April of the following year.

While the band’s American fans rejoiced at the news, Mexican fans disagreed. Not only is it the new tour, but there have already been plans to tourear for Mexico, but they had to pause them.

Los Temerarios would join a tour of the Mexican Republic this year. Nevertheless, the health crisis forced them to postpone the tour around the country.

It should be noted that they marked their tour as postponed and not canceledTherefore, the dates had to be rescheduled in order to cover the concerts in various locations in Mexico.

The announcement of the return of Los Temerarios also meant that during the first quarter, and little else, the group has not yet announced the new dates for the pending presentations.

It was in April 2020 when Los Temerarios published a statement where they made official the delay of their tour of Mexican soil.

This series of concerts were presented as: “Los Temerarios: The great return to Mexico!” and it was composed of at least 10 dates in various latitudes.

Querétaro, Mexico City, León, San Luis Potosí, Aguascalientes and his native Zacatecas were some of the stops that Los Temerarios planned. However, the critical moment forced them to leave them pending.

Originally the Mexican tour was going to take place during the months of 2020. The official communication offered hope to the followers by testing other dates in 2021, but the situation has not allowed the concerts to be held in a timely manner.

The dates published in the April statement were already exceeded and there is no new day to perform these concerts, at least not until the closing of this information.

The problem got stark when some fans got their tickets and They have not had a strong answer for almost two years. At least that is how they express themselves in various publications of Los Temerarios on social networks.

The group during a live presentation (Photo: Twitter / @ los_temerarios)

“The million dollar question, and when Mexico City?”, it was read to a fan fired up with the announcement of the tour in the United States.

The comment box was filled with constant questions about when will they reschedule for Mexico. Users were furious, even advising to write directly to the concert organizer.

“First replace the dates that we already paid in Mexico”. What seemed like a triumphant return, and a light at the end of the tunnel for the world of live entertainment, turned into a manifestation of discontent.

Meanwhile, the followers of Los Temerarios are still waiting for a response. Even if this means the total cancellation of the concerts in Mexico.

Little by little, the concerts in Mexico are reactivated, especially those that will take place throughout 2022. These will return, as far as possible, in their normal status prior to COVID-19 as announced Live latino.

Why Walo Silvas, vocalist of the MS Band, entered the operating room
Vive Latino 2022: know the complete lineup and the price of the tickets
Live Latino: Los Ángeles Azules and other criticized bands that were a resounding success