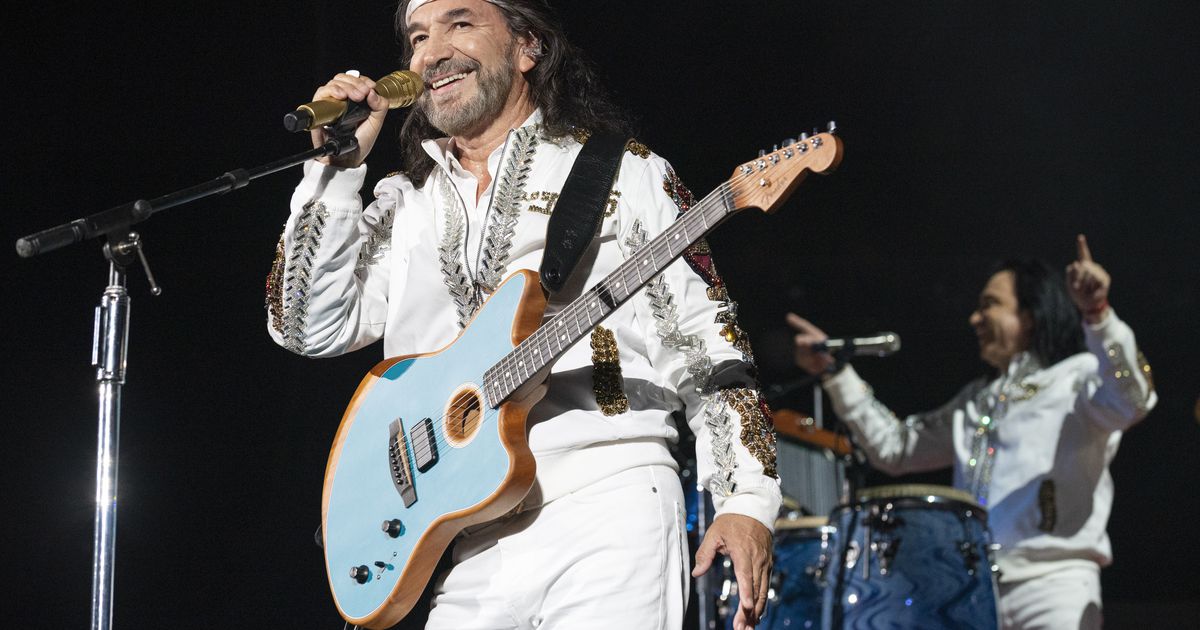 Nostalgia was lived in the AT&T Stadium during the reunion of The Bukis Wednesday night. Fans of different ages danced and sang along with the Mexican group throughout the concert.

Los Bukis’ return to the stage for their “Una historia cantada” tour caused so much excitement in their fans that several traveled from afar to North Texas for this unique event.

The night was special not only because of the group’s reunion after 25 years, but also because the concert coincided with the day that Hispanic Heritage Month begins. Also, the concert was a Mexican party to fall on the night before September 16 that celebrates the independence of Mexico.

Dressed in white, the members of Los Bukis toured their musical career during the event that lasted about two hours. Also during the evening, José “Pepe” Guadarrama celebrated his birthday at the Cowboys’ home.

See here: The photos of the Los Bukis concert in Dallas

Topics such as “Your jail”, “Love me”, “I feel like I’m going to cry” and “If you saw how much” kept those present singing. While songs like “Mi najayita”, “Morenita” and “Los alambrados” made people dance.

“Seeing this is a real blessing,” Marco Antonio Solís told the audience after finishing the first song of the musical event.

He also recognized “the romantic youth”, who he said are those under 30 who attended the concert.

Among the people who came from afar was the family of Javier Barrios Serrano who traveled more than a thousand miles from Fresnillo, Zacatecas.

When Barrios Serrano, 56, and his wife Marisela Lara Rodríguez were dating, they saw Los Bukis sing in 1984 at the Casino Fresnillo, an event venue used for dances. One of Lara Rodríguez’s favorite songs from Los Bukis is “Quiéreme” and her husband couldn’t choose just one because he likes all of them. The couple was accompanied by their 21-year-old daughter Andrea Barrios Lara.

The Zacatecas native said they bought tickets for the Arlington concert because it was the closest to them.

Like everyone present, Barrios Serrano was excited to see the group together after so many years.

Laura Dávila was enjoying dinner at Olive Garden, with her husband Juan Davila and another couple. What she or her cousin, Juan Martinez, knew was that after dinner they would see Los Bukis.

Cousins ​​Juan Dávila, 50, and Martínez, 46, had already seen Los Bukis in Guanajuato when they were children.

“I come because, I say the emotion for my parents, that is why I also want to be here today,” said Dávila before entering the concert.

“Right now my parents are here with us,” he said.