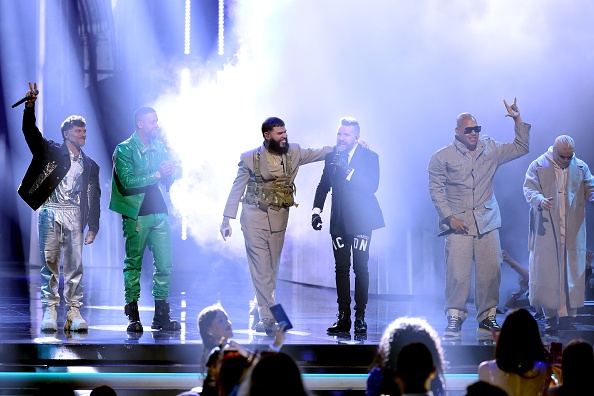 The scene of Premio Lo Nuestro received the singer Farrukowhich was recognized as Urban Excellence for its more than 15 years of experience in the music industry, being a benchmark in the urban genre.

The artist was honored for his “contributions to the genre, constant evolution and leadership in incorporating new styles into his music”, the Puerto Rican singer made a special presentation where he also gave an emotional speech that shocked all viewers.

Farruko had a musical presentation at Premio Lo Nuestro 2022 along with O’Neill and Pedró Capó in which he performed songs like ‘Ki’, ‘Pepas’ and ‘El incomprendido. She also sang the song ‘Gracias’ live, with which she turned her career around to Christian music.

Let’s remember that Farruko recognized his religious conversion on February 11 and apologized for the content of his songs in the middle of an act of contrition during his concert in the city of Miami.

With a message of gratitude and hope, Farruko received the Urban Excellence award on Thursday night, the award was given by his children and whom he described as his true “prize”.

Check out the emotional speech here

The artist was recognized for his contributions to the urban genre, he also took the opportunity to dedicate some emotional words.

“It feels great, it feels glorious and I haven’t actually grabbed the award, because the award was given to me. I thank you for the recognition, I thank you for your love for all these years, I thank you for feeding my family. Thank you for so many beautiful moments. I’m not saying goodbye, I’m just making a transition in my life and you’re going to meet the best Farruko you’ve ever seen,” said the Puerto Rican during the ceremony.

Farruko took advantage of the occasion to speak about his approach to religion, reflecting on current problems in the world; as well as the suffering of other people. The artist did not miss the opportunity to thank him for his career and the support received from him.

“And this moment is the perfect excuse that I am going to use not to talk to you about religion, to talk to you about a reality. This world is getting colder and colder; I’m not saying it, the news is saying it. Today the war we are experiencing is Russia with Ukraine; many innocents dying. In Puerto Rico right now my brother who is struggling in a bed after being shot at. Perhaps here today we are celebrating my career, but there are many people out there suffering with incredible need. Perhaps you yourself who are watching me on television, perhaps you who are here today also have a need. You know why…? Like I said, as rewarding as it feels, as glorious as it feels, I don’t glory in it. I give the glory to God because there is no human on this Earth who can with the glory, ”he added.

Farruko assured that now a new stage in his work is coming, thanking the public and bringing a message of inclusion, love and gratitude to all viewers.

“And with this I say goodbye and tell you briefly: love your neighbor, love your enemy, forgive and be forgiven, and have compassion on others. God bless you, I love you. Blessing and thanks”, said Farruko.