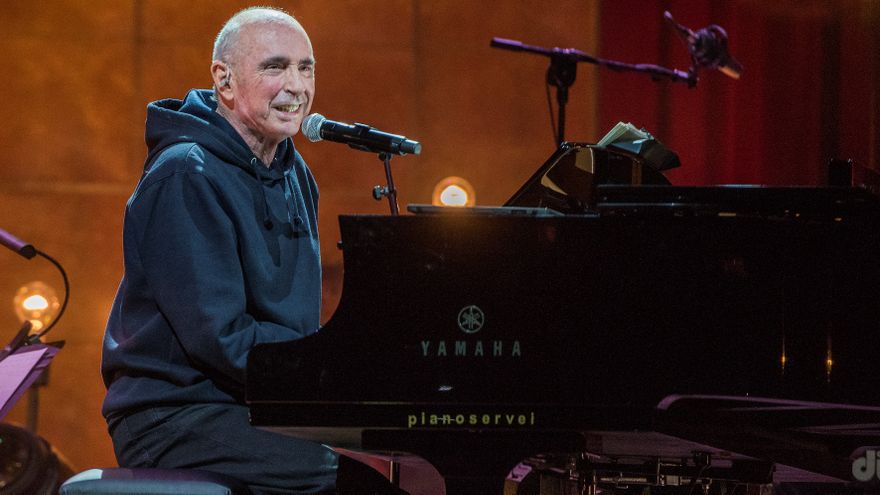 Llach with a political accent, an alter-globalist alert voice, a linguistic activist, and above all, the artist, creator of a few dozen core scores of the modern Catalan songbook. What about this Saturday in the Palau Sant Jordi (brushing the floor) It was not a meeting, but a concert in which, as if by spell, the tunes and rhymes of an era rode again, again, perhaps for the last time, although we said the same thing almost 15 years ago, that night of retreat in Verges.

The ‘greatest hits’ was never a dish to Llach’s taste, so it turned out doubly exceptional to see you leaping from classic to classic over the course of two hours, beginning, alone at the piano, with ‘Vida’, his desire to continue being “infant in the look & rdquor ;. Presenting himself as “one more member of Constituent Debat& rdquor ;, the participatory process driving this reappearance, he joked, when presenting ‘Silenci’, with his initial intention of speaking little, claiming to “defend the language and culture with nails and teeth & rdquor ;.

Poetic packaging, the one designed by Lluís Danés, with its points of light, its gates and its starry floor, a vestige of that ‘Tranuites circus’ of 2007. The sound treatment tended to a collected sobriety, and Carles Cases kept synth layers at bay (which he handled so much in the 80s) and frequently switched to the piano, in a delicate dialogue with the guitar of Jordi Armengol. It was noted that Llach has been exercising his voice for long weeks, because he sang with the tension and folds of always those songs that could demand so much depth (‘Venim del nord, venim del sud’), as power (‘El jorn dels miserables ‘, with Joan Reig, from Els Pets, pumping on drums) and nuances on the surface (‘ I si canto trist ‘, shared with Joan Dausà).

The drip of guests (who cast their own songs, four of the 22 that sounded) He helped Llach to measure his strength, although it is probable that his followers would have preferred a concert of his without interference. But he wanted to stage that hand extended to successive generations, with Montse Castellà, Natxo Tarrés (Dogs), Suu and Marta Carrasco sharing their arts. Hot scene with Gemma Humet and Ju in the ‘Cant de l’enyor’, as in that Camp Nou of 1985 it corresponded to Maria del Mar Bonet and Marina Rossell. A group so far removed from Llach’s aesthetic, The catarres, adjusted their voices into a sensitive ‘April 74’.

He ended up raising a genuine, solid Llach, as if his last recital had been yesterday, in that final stretch of ‘in crescendo’ emotion. We saw him as or more dominating than years ago in a ravishing ‘petit country’, in the disappointed ‘Companys, no es això’ and in the navigation chart of ‘Que tinguem sort’. But he preferred that ‘L’estaca’ be sung by the public, summarizing the mood of the night: “Sou els protagonistes de la historia & rdquor ;.