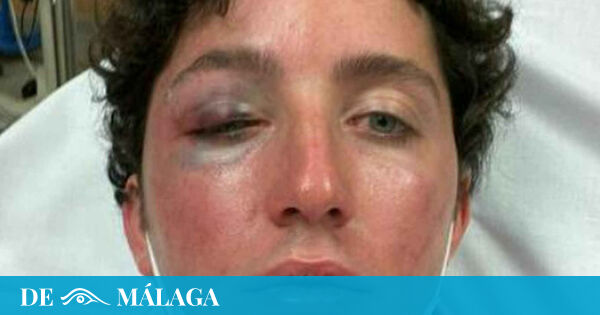 The last friday, Francisco Nicolás Gómez, better known as Little Nicholas, had an altercation with a security guard that ended with his admission to the Costa del Sol Hospital in Marbella. Gómez just with several bruises, a hemorrhage in the eye and a possible head trauma. The events happened after the completion of a concert in the area.

According to witnesses, the events happened before 1.50 hours last Friday, on the esplanade where public transport is accessed that took the public to the area where the concert was held.

According to sources from the Marbella Town Hall, The Marbella Local Police did not have to intervene in this event and the National Police agents only tried to calm the atmosphere and recommended to Francisco Nicolas to go to the emergency room. Thus, they point out that he left by taxi himself.

Moment of the attack on little Nicolás.

It wasn’t until 5.04 a.m. when he was admitted to the emergency room, where he stayed until approximately Six o’clock in the afternoon. According to the medical part, in more detail, it can be determined that Gomez’s diagnosis It is the following: “polyconjunctival”, “brain trauma”, “concussion without loss of consciousness and / or amnesia”, “facial trauma”, “subconjunctival hemorrhage in the right eye” and “contusion in the right elbow”. In addition, no “acute bone lesions” detected.

The aforementioned medium spoke with Little Nicolás himself, who assured that it was all “very unpleasant” and “surreal” referring to everything that happened with the security guard after the concert. “A member of the security service “took me like a sheep and put me inside a bus. I went up even without wearing a mask”, He declared.

According to the portal, the young man told him that he was waiting for a friend and after that he got off the bus. The guard responded with a punch and was later reduced to the ground.

Until the afternoon of this Monday Francisco Nicolás had not filed a complaint with the National Police but he declared that as soon as he improved both physically and emotionally, he would carry out this procedure at the police station.