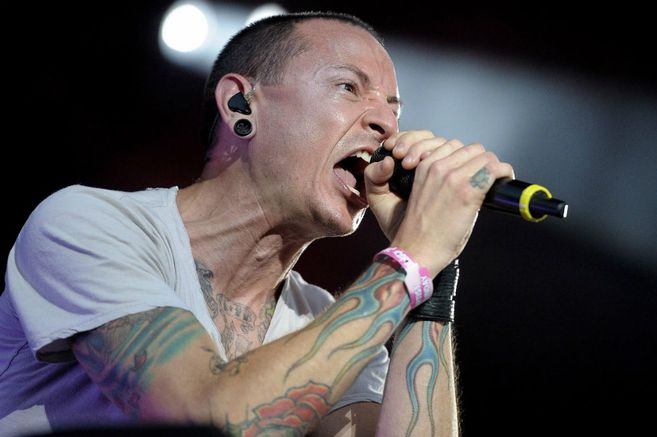 Human avalanche tragedies at concerts are not new. Some artists know this, and so they try to put the safety of the audience before their show.

Following the tragedy at the Astroworld festival in Texas, where eight people died and another 300 were injured on November 5, a video of the band Linkin Park has gone viral on social networks due to the way in which the members of the band stopped the show to verify the safety of the attendees.

What happened at Astroworld?

Amid the crowds and human avalanches during rapper Travis Scott’s performance, eight people died and another 300 were injured. The testimonies of the attendees point to major flaws in the security of the event, but above all to “recklessness” on the part of the singer.

The artist, recognized for encouraging his followers to behave wildly during his presentations and disobeying safety regulations, has been criticized for continuing with his concert despite the chaos surrounding the stage.

“This is you, literally encouraging people to disobey security, while they are trying to make way for medical assistance,” reproached one user.

The Washington Post verified that the videos of Scott on stage are consistent with the moment of panic in the stands, where several ambulances tried to remove the injured from the scene.

The singer, who has had several legal problems in the past for his “recklessness” on stage, was reminded that he stopped one of his concerts in the past just because he lost a shoe. On that occasion, Scott encouraged the audience to hit the spectator who had allegedly removed his footwear.

📄 You may be interested in: Eight dead after human avalanche at Travis Scott concert in Texas

Tragedies of this kind are not new. At Roskilde, a festival in Denmark, nine people were killed and dozens injured during an avalanche that occurred in the middle of the band’s Pearl Jam performance. On the other hand, 21 people died in the 2010 edition of the Love Parade, an electronic music festival that takes place in Germany.

What happened with Linkin Park?

In the video that has gone viral after the Astroworld tragedy, Chester Bennington and Mike Shinoda, members of Linkin Park, are observed stopping their presentation to make sure their fans are okay, as some of them seem to have fallen for the movement of the public.

“Wait wait. We have a problem here, ”they are heard saying. “Take it in your arms! It’s time to pick it up,” says Bennington.

“Sorry for the inconvenience, but we have to prioritize safety. First of all, no one should be hurt. If you get up (it says about who is on the floor) we will continue to play again. The whole song again. It’s okay? Take care of each other, ”says Shinoda.

This is not the only time the band stopped their performance to verify the safety of their fans, nor are they the only artists who seem concerned about the well-being of those attending these types of events. Kurt Cobain, leader of Nirvana, stopped his presentation to confront a man who was trying to sexually assault a woman during the concert. A similar case occurred with Aaron Lewis, singer of Staind, who alerted on how an assistant tried to abuse a young woman in the crowd.

📄 You may be interested in: America has a big problem: no one wants to work picking up trash anymore

Freddy Mercury, lead singer of Queen, also stopped a concert to separate two people who were fighting in the audience. As with the case of Linkin Park, a video of the Californian band Avenged Sevenfold also went viral after the tragedy in Texas. M. Sahdow, the lead singer of this group, interrupted his presentation to ask the security team to verify the status of a fan who appeared to have been knocked out by another attendee.

In 2009 Dave Grohl, who was playing for Them Crooked Vultures, stopped the show to bring out Ethan and Stu, a boy and his father who were being crushed by a crowd in Blackpool, UK.

👀🌎📄 Are you already aware of the latest news in the world? We invite you to see them at El Espectador.