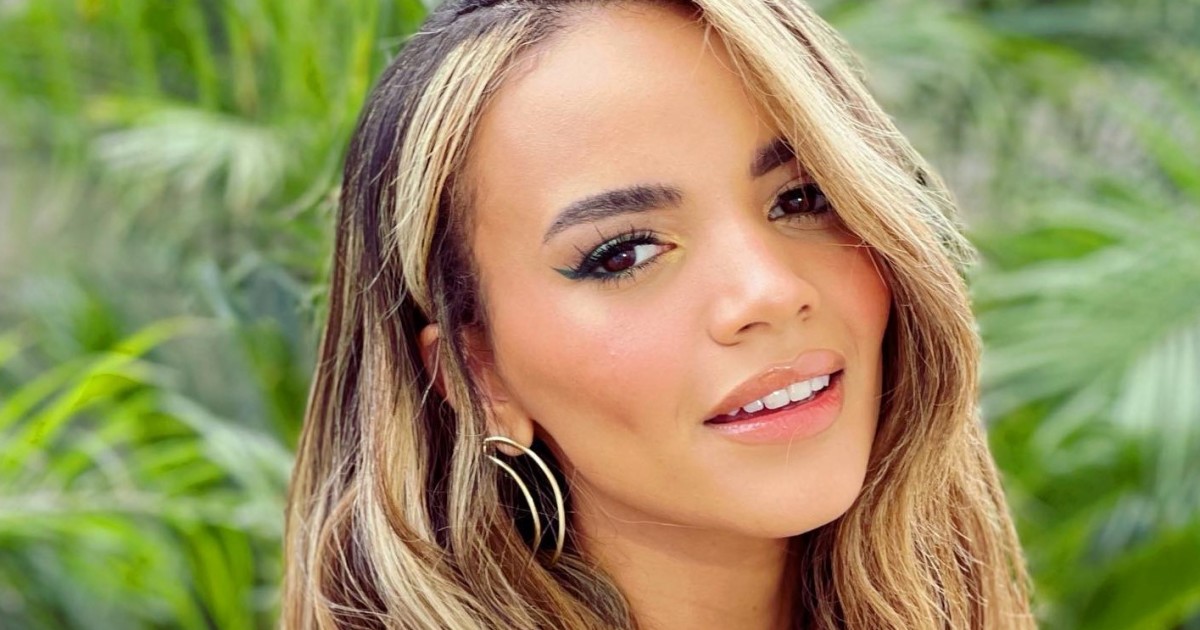 Leslie Grace lives with “gratitude” and “surprise” her maximum transformation: From being the princess of bachata to starring in one of the most anticipated films of 2021, “In the Heights”, the film version of the musical that made her famous. Lin-Manuel Miranda, the most sought-after Latino in Hollywood.

In an interview, the American artist of Dominican parents revealed that the character of Nina Rosario came into her life “when she most needed her.” “She and I have many things in common and it is something that helped me a lot as a person. There is a great before and after in me, “he explained.

The greatest link that unites her with her character is that of “impostor syndrome”, because like Nina she has felt that people are going to discover that they do not deserve to be where they are.

His words are surprising in the mouth of a woman who at age 16 was professionally launched as a singer by producer Sergio George, one of the main collaborators of artists such as Marc Anthony, Thalía, Jennifer López and even Celia Cruz.

Since her debut with the bilingual, bachata version of “Will U Still Love Me Tomorrow,” Leslie Grace has become one of the youngest and most successful stars in Latin music.

However, she wanted more, as she felt the need to express herself “beyond the music” and explore other aspects of her American identity. “Miami and New York are my cities. My influences are from the merengue and bachata of my Dominican parents, hip-hop and rap, pop in both languages. I am a fusion of these two worlds and of many more, since multiple cultures converge, Latin and from other countries, in the two parts, ”he said.

The news that “In the Heights” auditions had opened came before she felt ready, although she had been studying acting for a long time, but she thought she would “never feel ready.”

She acknowledges that she felt the biggest “shock” of her life when she received the news that she had been selected for the character of Nina, a young New Yorker with a Puerto Rican father who is considered the genius of the Washington Heights neighborhood, where the entire film takes place.

The action begins with Nina’s return home after a difficult first year at the prestigious Stanford University. “I have never worked as hard in my life as I did when I was preparing for that role. Everything was strong, but the most intense was the dance ”, he acknowledged.

It is a line-up that he knows will serve him for the rest of his career, but he believes that the greatest gift of “In the Heights” is that its debut in Hollywood is with a story that celebrates who and what Latinos are like.

“Usually, the stories that are made of Latino families are the ones that teach the struggle, but this is about how we see and enjoy life,” he said.

As Nina, Leslie Grace learned to silence the voices that told her she wasn’t talented enough, and now, she says, she “feels so much more confident.”

A theme that is repeated in “In the Heights” is “the little dream”, that which gives strength to immigrants to leave their countries and get ahead in new and often inhospitable societies.

For the artist, the experience has not been “a dream. It’s a dream “that was not even in his” imagination. ” For her, the most valuable thing is not that it is a Hollywood film, but the possibility of having worked with greats like Lin-Manuel Miranda himself.

The cast also includes Jimmy Smits (“Star Wars”, “Dexter” or “How to Get Away with Murder”), Anthony Ramos (“Hamilton”), Melissa Barrera (“Ravens Club” and “Vida”) and Olga Merediz, who played the role of Grandma Claudia from the first staging of “In the Heights” in 2008.

And also Marc Anthony and Dasha Polanco appear. “They are luxurious companions. It is a privilege for someone who is starting in that world, “he said.

With those colleagues he has been waiting since last summer for the film to be released and he feels “butterflies in his belly” when he thinks of June 11, the day that “In the Heights” will be released in theaters in the United States. and HBO Max.

Leslie Grace hopes that the “Latino audience feels the same way” as they do when doing it. “That pride of our people and our culture. And that those who are not Latinos also recognize themselves, because in all of us we have doubts, losses, loves, friends and of course, the dream or the dream ”, he said.