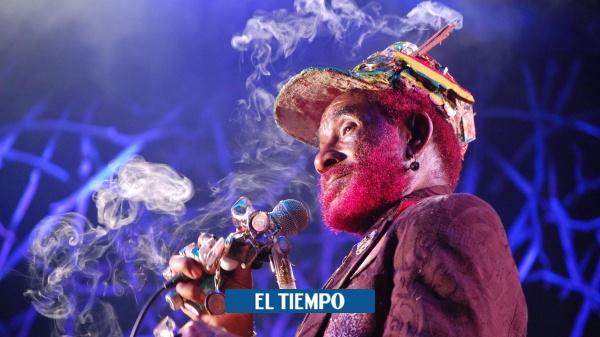 Perry has worked with artists like Bob Marley and the Beastie Boys.

Perry has worked with artists like Bob Marley and the Beastie Boys.

He was the creator of the ‘dub’ and producer of the sound of artists like Bob Marley & the Wailers.

There’s a lot to talk about Lee Scratch Perry: He was famous for forging the sound of famous artists such as Bob Marley or some Beastie Boys albums and for modeling the ‘dub’. Rainford Hugh Perry, as he was really called, went down in history as a pioneer of reggae.

Born in Kendal, Jamaica, in 1936, he established himself as a charismatic figure who brought the sound of reggae to the world. His death occurred in Kingston, at the age of 85.

His work as an artist began in the late 1960s, when he imposed samples on songs or verses recited in rap. As a music producer he led Bob Marley & The Wailers, The Congos and Junior Marvin the success and collaborated with other renowned artists such as the Beastie Boys, The Clash and Mad Professor. Founder of the Upsetter Records label popularized a rhythm that the world has identified as reggae.

Personally, Lee Scratch Perry was considered eccentric and delusional. One of his most resounding anecdotes occurred when he set fire to his study assuring that “the devil had settled there”; Without confirmation, it appeared that he was on a trip from the LSD and other hallucinogenic substances he was using.

In 2002 he was the winner of the Grammy Award for best reggae album for ‘Jamaican ET’. During the last decades his career was uneven, although the rise of electronic music in the 90s rescued its importance and influence.