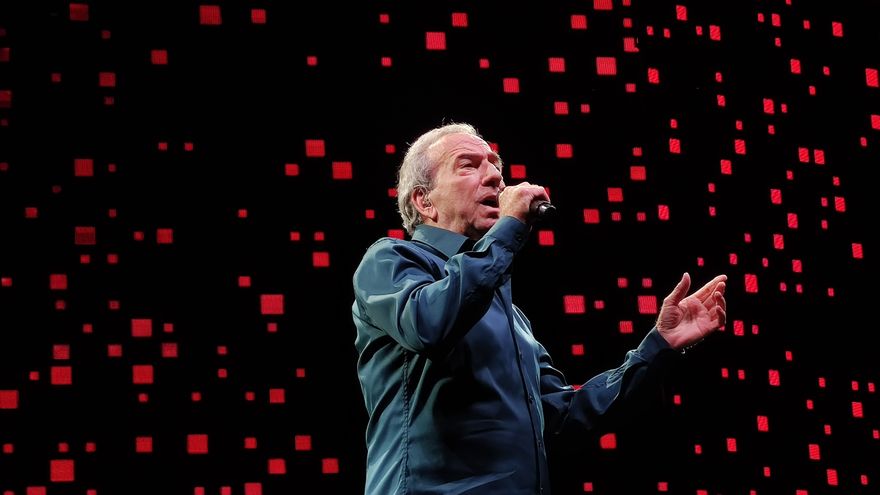 The big day has come for many fans: today is the day of the José Luis Perales concert in Valencia, a concert expected by its thousands of followers and that will take place this Friday, October 22, in the bullring of the capital of Túria. The start time of the Perales concert in Valencia, an event with which the singer-songwriter says goodbye to his fruitful and long musical career on stage, will be at 9:30 p.m.

Tickets for the José Luis Perales concert in València, a tour dubbed ‘Songs for a welcome’, went on sale a few months ago and soon sold out. Not for nothing has it been difficult for a long time to see one of the best known and most sensitive singer-songwriters in Spanish music live. The concert, in which the public and the organization will probably look to the sky before the threat of rain during the recital, will last for two hours and in it José Luis Perales will review some of his best-known songs, both those he has sung himself and those he has written for other artists.

The latest news of the José Luis Perales concert in Valencia they happen, precisely, because of the possibility of rain during the show, something that could ruin a recital that thousands of people have been waiting for months.

José Luis Perales will give his farewell concert in Valencia today. Luca Piergiovanni

‘Ballads for a Farewell’ began in early 2020 in Uruguay and was suspended shortly after in Mexico due to the coronavirus pandemic. At the end of last July, José Luis Perales resumed the tour and returned to the stage to offer his farewell concerts. During this time, the singer-songwriter will perform in thirty cities and next year, 2022, José Luis Perales will travel again to Latin America and the United States to continue with farewell concerts.