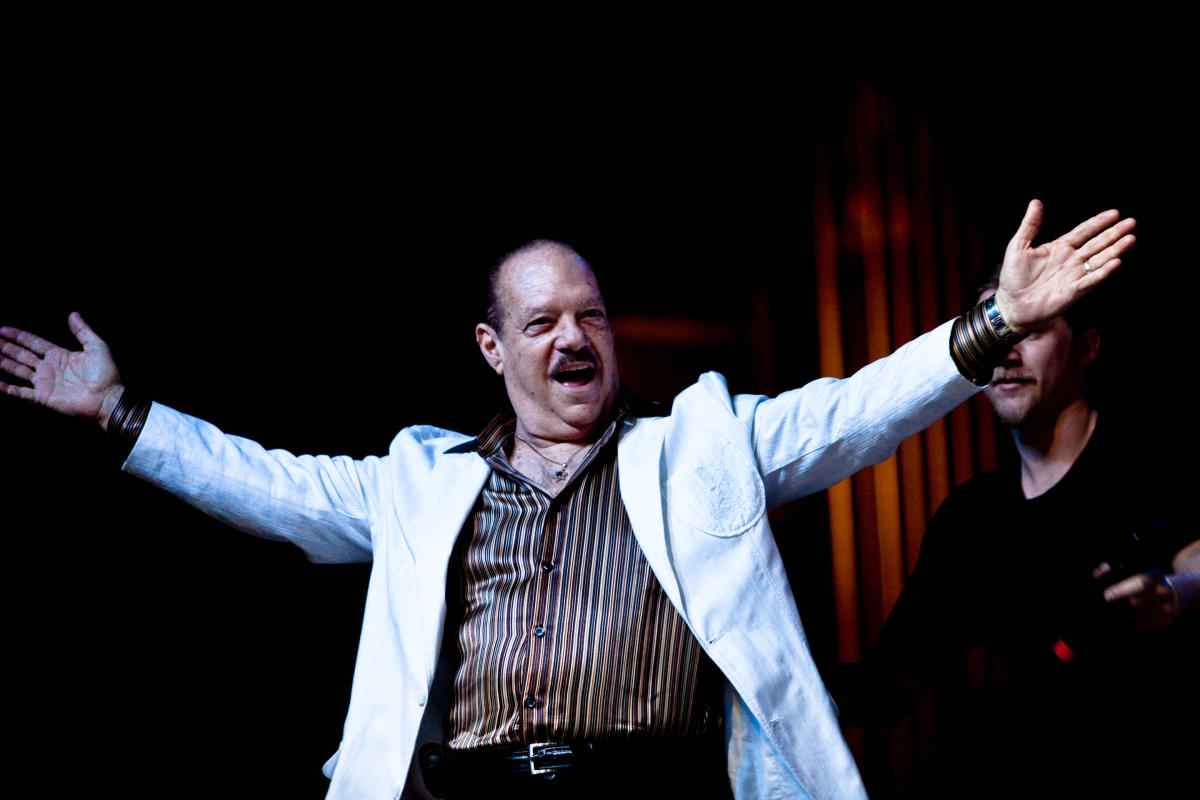 In many ways, Larry Harlow – one of the central figures of salsa and of its defining label, Fania Records – was a master at blending the diverse musical connections between New York and the Caribbean. In a career that spanned six decades, he fused related genres such as rock, jazz and R&B with various Cuban genres such as rumba, son and guaracha thanks to an intimate and deep knowledge of both musical traditions.

Harlow grew up in Brownsville, Brooklyn, and studied classical piano. His father, Buddy Kahn, was a Jewish mambo musician who led the house band at the Latin Quarter club in New York. Musician and scholar Benjamin Lapidus writes in his new book that Jews sponsored Latin dances with live bands as early as the 1930s in New York City. Harlow grew out of a tradition of “mamboniks”, Jews who danced mambo in venues like the Midtown Palladium, various venues in Brooklyn, and the Catskills hotel circuit. Jewish musicians like Marty Sheller often wrote arrangements, and radio DJs like “Symphony” Sid Torin and Dick “Ricardo” Sugar promoted the music. Leaders of immortal Latin bands like Tito Puente played regularly in the Catskills, a space in which young musicians such as Alfredo “Chocolate” Armenteros, who became a collaborator of Harlow, were hardened.

However, Harlow, who died on Friday at the age of 82, wanted to go beyond the Europeanized styles of mambo playing that were heard in the Catskills and stay true to the African roots of the music. He traveled to pre-Castro Cuba in the 1950s and returned determined to combine what he learned with what was happening in New York to create a modern synthesis of the traditional and the avant-garde. In search of acceptance among the main postmambo musicians, he even got started in the Afro-Caribbean religion of Santeria to vindicate its authenticity and earn the respect of the musical community.

“He was a Jew who hung out with all those Cubans and Afro-Caribbean people,” he told me in an interview in 2004. “I was thinking about ‘where you go, do what you see.’

Harlow never tried to pretend he wasn’t who he was. Even after achieving initiate status in the Santeria community, he was often photographed with a Star of David around his neck. He was fondly known by Spanish-speaking audiences as the Wonderful Jew, a nickname given to him for his devotion to music by the ensemble director and progenitor of the mambo Arsenio Rodríguez, a blind Afro-Cuban known as El Ciego Maravilloso. When, in the early 1980s, he decided to release an album titled “Yo Soy Latino,” the lead vocalist was the much-loved Puerto Rican singer Tito Allen.

Beyond immersing himself in Afro-Caribbean spirituality, Harlow became directly involved in the evolution of salsa in collaboration with Johnny Pacheco and Jerry Masucci, the founders of Fania. According to Alex Masucci, Jerry’s surviving brother, Harlow was the first artist hired to record for Fania. His first albums, “Bajándote: Gettin ‘Off”, “El Exigente” and “Me and My Monkey”, which includes a version of the Beatles song “Everybody’s Got Something to Hide Except Me and My Monkey”, bet on the Bilingual sound of bugaloo with R&B influence, bringing together black and Latino listeners.

Harlow’s move from boogaloo to a jazz-influenced update of Rodríguez’s more Africanized ensemble sound, which included more trumpets and percussion instruments, such as the conga and cowbell, was crucial to the creation of salsa. His mix of jazz, mambo and ensemble would become one of the main influences on the emerging idea of ​​salsa. Although Eddie Palmieri and Willie Colón’s innovative use of the trombone gave the horn sections a more aggressive and urban sound, the influence of Harlow and Pacheco was also decisive. Harlow’s releases of the early 1970s, “A Tribute to Arsenio Rodríguez,” “Abran Paso” and “Salsa,” crystallized his new aesthetic. He pioneered recording with trumpets and trombones. He breathed new life into the sound of the Cuban charanga, which included flutes and violins, and incorporated the batá drum, used in religious ceremonies, into his decidedly secular project.

Harlow enjoyed the spirit of the late 1960s – Rubén Blades told me he was the “Frank Zappa of salsa” – and was a voracious collaborator. His bilingual version of a Beatles song and the art on the “Electric Harlow” album boasted a psychedelic flair. He played piano for Steven Stills and Janis Ian, and had a jazz-rock project with Jerry Weiss, the keyboardist for Blood, Sweat & Tears. In 1972, after Miranda temporarily left his band, he rigorously adapted the Who’s “Tommy,” as the salsa opera “Hommy,” in which he brought the original British characters to the Latino neighborhoods of New York.

Although salsa’s explosion in popularity in the mid-to-late 1970s was organic and fed off young Latino audiences in the Bronx and Uptown, Harlow contributed to its explosion by taking on a major producer role on the feature film. Leon Gast’s reality “Our Latin Thing”. The film was a presentation party for the Fania All-Stars, a supergroup with Ray Barretto, Colón, Cheo Feliciano, Pacheco and many others, with Harlow at the piano. Last week Masucci told me that Harlow was the connection for Gast’s involvement and the emergence of true Santeria devotees at the end of the film. In 1976, he recorded a celebratory musical story, “La Raza Latina Suite,” with Blades singing in English.

Although Harlow was not born into the traditions that gave rise to salsa, throughout his career he was widely accepted as a mainstay of that type of music. He is part of a long list of Jewish musicians who have played a fundamental role in Afro-Caribbean music, dating back to Augusto Coén, an Afro-Puerto Rican Jew who conducted a Latin orchestra in 1934, predecessor of the kings of the mambo Puente, Machito and Tito Rodríguez. (The exchange went both ways, since, for example, the queen of salsa, Celia Cruz, recorded the popular Jewish song “Hava Nagila” with her band, La Sonora Matancera).

For Harlow, the mix of cultures and genders was just second nature. In 2005, he contributed a lengthy keyboard solo to “L’Via L’Vasquez,” on the album “Frances the Mute” by the psychedelic punk band Tejano Mars Volta, a choice that should not be considered out of the ordinary. Various musicologists and writers have recognized the influence of Cuban bass patterns, called tumbaos, as well as cha-cha patterns, on early rock hits such as “Twist and Shout” and “Louie Louie.” For Harlow, the connection between rock and Latin music, funk and salsa, was something natural, a product of the age when he came of age.

“It was a time of revolution,” he once told me. “People were writing protest songs and Eddie, Barretto and I were changing the harmonic concept of Latin music. I was the one who made them a bit psychedelic. “