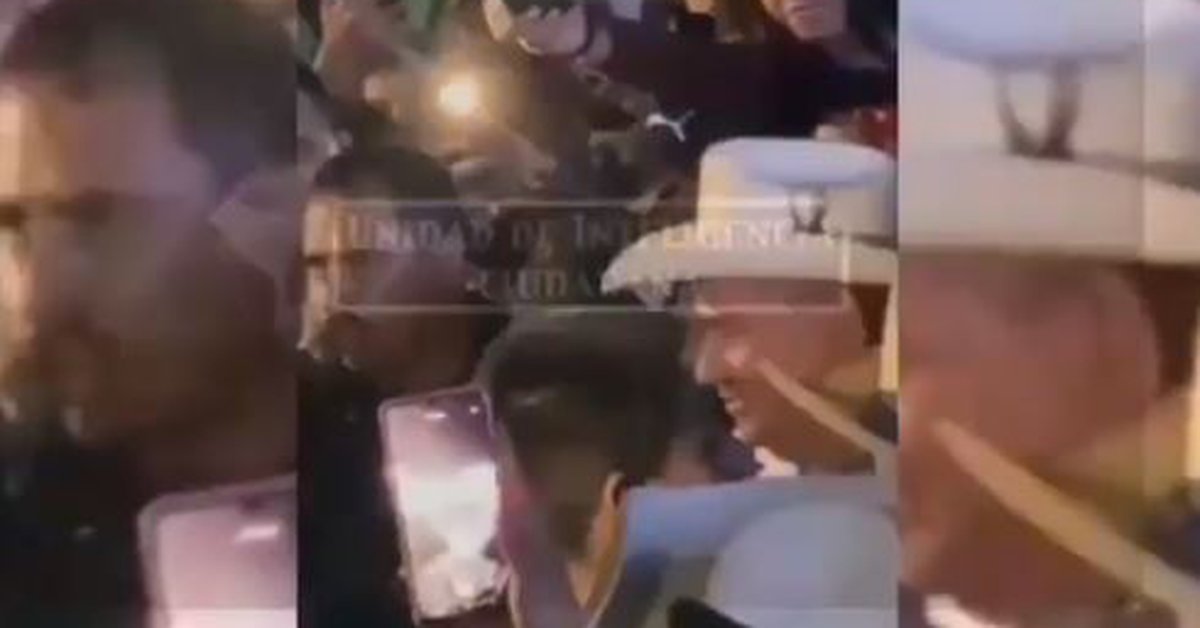 Between one of the worst security crises in Mexico caused by drug traffickingFew are the offensives of the Federal Government to end the terror experienced by thousands of families in the states plagued by drug lords.

All the strategies of the municipal and state police, as well as the Armed Forces, to stop the hitmen, the trafficking of illegal substances and the deaths that they cause seem not to matter to the highest commanders of the cartels, who are still in the game and they even have fun in public places without being detected.

Due to the null capacity of the authorities, Medardo Hernández Vera aliases the Hundred O Lalo Mantecas, top leader of La Familia MichoacanaIt would have been captured at a concert by the famous narcocorrido singer “El Komander”.

According to photographs and videos that began to circulate on social networks since last Sunday, this drug trafficking leader was present at an event held in Parícuaro, located in the municipality of Benito Juárez, within the state of Michoacán.

El Komander was the most famous singer in this dance in Patícuaro held on November 20 (Photo: Special)

Although the exact date is unknown, the dance where “El Komander” was the main star took place on November 20. Other invited artists were, but one of the most prominent was El Cejas y su Grupo Fuego.

Parícuaro is a town that belongs to the municipality of Benito Juárez, south of Zitácuaro and adjacent to the west of the State of Mexico, bastion of the Michoacan Family. This region is also bordered to the south by the so-called Tierra Caliente of Mexico and Guerrero..

Through a video shared by the Twitter account specialized in drug issues, Unidad de Inteligencia Ciudadana, you can see Lalo Mantecas passing very close to “El Komander” who, upon seeing him, puts the microphone in front of him to say a few words: “Good evening”, which were sealed with laughter.

This leader, one of the most wanted by the government of Mexico, was guarded at all times by dozens of hitmen, among whom was the head of the regional plaza, who has not been identified so far.

Alfredo Ramirez Bedolla, current governor of Michoacán, has recognized that the entity is under siege by 12 criminal groups throughout the territory. The morenista attributes the violence to the state’s border with strongholds of criminal groups such as Guanajuato, Jalisco, Guerrero and the State of Mexico.

So far, Michoacan authorities have not expressed themselves in this regard (Photo: Twitter / @ UnidadDeInteli1)

Among them are La Familia Michoacana and the Jalisco Nueva Generación Cartel (CJNG), which maintain one of the bloodiest rivalries in the country.

According to local reports and a narco-message left at the scene, this crime was attributed to Medardo Hernández Vera, the Butters I the 100, alleged lieutenant in Zitacuaro from Michoacan Family, as well as in municipalities of Guerrero and the State of Mexico, in the area known as Tierra Caliente.

Supposedly, the Butters It has tried to force the communal authorities as well as the residents of the region to sell drugs. Its main competitors are from CJNG who commands Nemesio Oseguera Cervantes, the Mencho.

One of the most remembered massacres by Lalo Mantecas occurred last May 2020, when 12 men were found dead on the road that connects Huetamo and San Lucas. These merciless actions were allegedly motivated by the murder of one of his nephews at the hands of the CJNG.

The key points to understand why AMLO decreed “national security” for all Q4 projects
They executed Sergio Carmona Angulo, alleged financial operator of Morena in Tamaulipas
Coup to the CJNG: they searched three homes in Zapopan and seized drugs, long weapons and luxury vehicles

Lalo Mantecas, leader La Familia Michoacana, would have lived together at the “Komander” concert