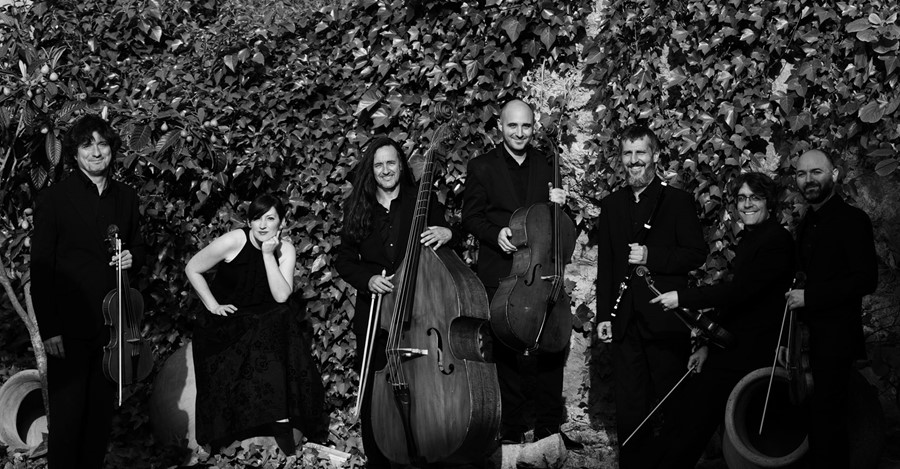 The Logroño Early Music Week includes tomorrow, Tuesday, September 7, starting at 8:30 p.m., the second of the four great concerts of the Riojafórum Chamber Hall, with the performance of the group ‘La Tempestad’, which will perform the concert ‘Battles, dances and other duels’.

In its performance, ‘La Tempestad’ will offer a repertoire of pieces by different musicians from the 16th and 17th centuries, such as Johann Heinrich Schmelzer, Antonio and Hernando de Cabezón, Samuel Scheidt, Darío Castello, Tylman Susato, Andrea Falconiero or Marc Antoine Charpentier.

Created in 2000 and under the artistic direction of Silvia Márquez Chulilla, ‘La Tempestad’ is considered by critics to be one of the reference groups in the field of historicist interpretation in Spain. Active nationally and internationally, they have a special predilection for chamber music, with special attention to the dissemination of heritage.

‘La Tempestad’, a founding member of the Association of Spanish Early Music Groups (GEMA), has received the Promúsico 2011 award from the Promúsica Association, five GEMA awards for creativity and innovation in early music; the 2016 Ancient Music Festival Classical Award; and award for the best album and dissemination of classical music at the IV Music Awards of the Region of Murcia (2020).

This year, the Early Music Week has placed special emphasis on the formative part, with the inclusion of an Early Music Academy and a musicology seminar. Both events started yesterday.

The Academy of Ancient Music continues to develop from today until September 11 in Riojaforum. With the aim of promoting a growing work of dissemination and approach to new audiences, this Academy has been created, which is open to instrumentalists, musicologists and curious people who wish to make a first contact or deepen in the language of the music of the Renaissance and Baroque.

Another of the initiatives that began today in Riojafórum (from September 6 to 8) is the musicology seminar ‘Música al cubo. Investigate, interpret and listen ‘, organized by the Music Area and the Research Group’ Music in Spain: composition, reception, interpretation ‘(MECRI) of the University of La Rioja, with the support of Cultural Rioja and the Institute of Studies Riojans.

It will take place in three sessions, the first taking place today (from 11 a.m. to 1:30 p.m.) under the title ‘Listening to the past from the city’ and the second of which will take place tomorrow, between 10 a.m. and 12:30 p.m. , under the title of ‘The culture of honor in music’, which will explain how music has contributed to reinforcing its symbolic value in our culture.

José Luis Gómez Urdáñez, Teresa Cascudo García-Villaraco and Silvia Márquez will participate in this event. Admission is free with registration and will also be broadcast online on the YouTube channel of the University of La Rioja.

The advance sale of tickets and season tickets will take place from July 19, in the sales channels of the tickets.com platform (web, app and telephone sales). The price of tickets for the four Riojafórum concerts is 40 euros.

Individual tickets cost 12 euros and there are 50% discounts for under 30s, university students, the unemployed, members of large families and duly accredited music students.

During the days of the concerts, tickets will be sold from 5:30 p.m. at the Riojafórum box office, as long as they are available.