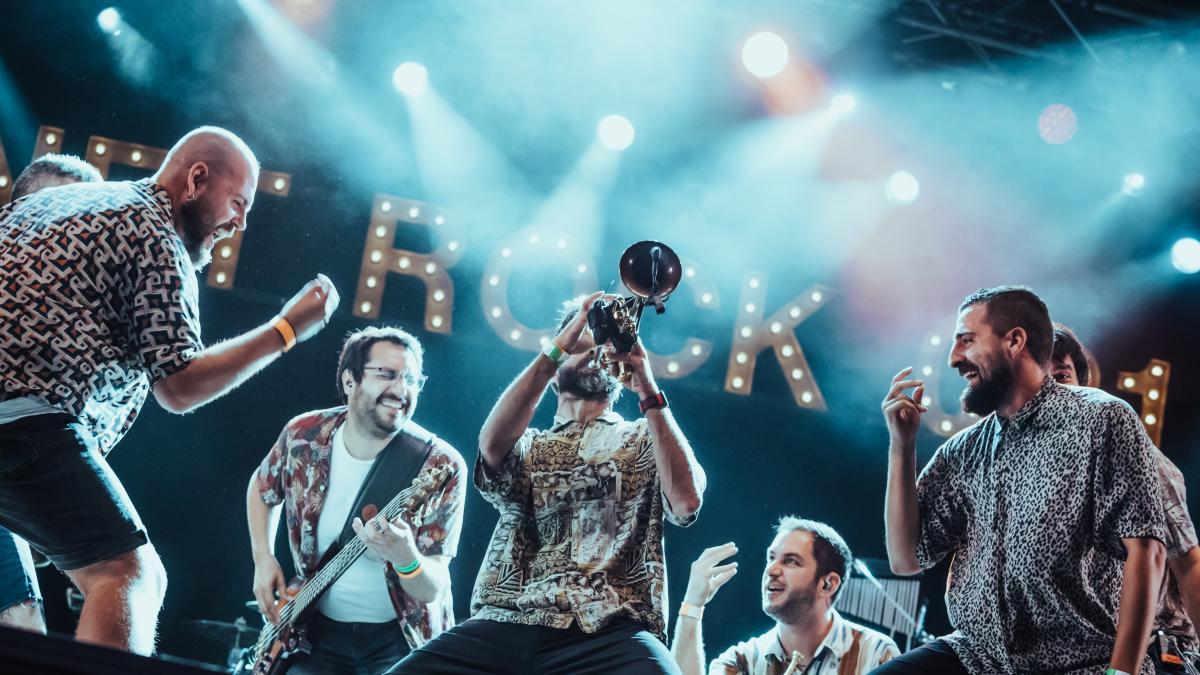 Artur Martínez says that everything has happened “naturally.” Because La Fúmiga It is the result of the evolution, and the passion, for music in Valencian of a group of friends from Alzira who started in the municipal band of this town as children and who little by little ended up forming a band that is already a phenomenon in the Valencian Community and that it begins to penetrate in Catalonia.

A group that, as an example and despite the pandemic, has performed almost 50 performances this summer; and that he is already preparing his second album. Because the first one is already a viral phenomenon, whose songs are incorporated into Valencian and Catalan radios. Artur, who is one of the two singers of La Fúmiga, insists that this evolution “was never programmed.”

He emphasizes that “we started to play there and little by little the project was transformed into a stage project, something that we saw very far away; we are very surprised by our strength and that our music sounds from all sides”.

Text of the song Ha no fa mal

They incorporated the powerful energy of festive music with wind instruments (trumpets, trombones, saxophones, euphonium), with intense rhythms and the voices of Artur and José Beteta.

Initially they dedicated themselves to versioning songs by other music groups in Valencian such as Aspencat, La Gossa Sorta or Obrint Pas. “These versions had the influence that we wanted to give, the band and festive music, and the reaction of the people was very good.”

Artur remembers that the formula started to work well, and from then on they decided to compose their own songs. “Little by little we realized what we wanted, to maintain the essence of the wind, in line with the formations that are playing in other countries in Europe” such as the Balkan bands or the brass bands from central Europe.

The first album, “Empremedors”, came out in 2019, and some of the songs immediately found an audience like “Mediterrània”, “La Ferida”, “Cançó que mai s´acaba” or “Karrasketon”. The pandemic cut off the planned tour, but did not prevent them from continuing to work.

The producer Mark Dasousa and a key piece of the La Fúmiga project, José Beteta, and Artur Martínez with whom they manage the composition of the group’s songs. Artur points out that if we have to talk about influence we have to talk about the musical groups that led the way, such as Obrint Pas and the European festive music bands.

He emphasizes that they make “transversal music, for everyone, for all generations, we like to see 60-year-old and 7-year-old people dancing to our songs; and we love to hear it in schools.” The truth is that his songs are used by many Valencian teachers in public schools.

He adds that his songs speak of what they want to tell, of rhetorical calm, of mental health, of mature and less toxic relationships, of society and of those concerns that all the members of the group share.

In a few weeks they will present their next album entitled “Fotosíntesi”. With songs that follow the line they want to consolidate, although some, Artur warns, are included in pop rock and even indie.

In a few weeks they will release their second album, Fotosínesi

The success of the group has not allowed, however, that its members can still dedicate themselves exclusively to music. “Each one works on their own, and afterwards to load the junk on weekends to move, but we always do it with a smile”.

Everything they earn is invested in the group, and in the work they are developing, especially in the video clips of their songs. “A video clip costs many live performances; in music, all that glitters is not gold,” says Artur. Of course, the technical team, which is made up of four people, “have their salary.”

The components of La Fúmica