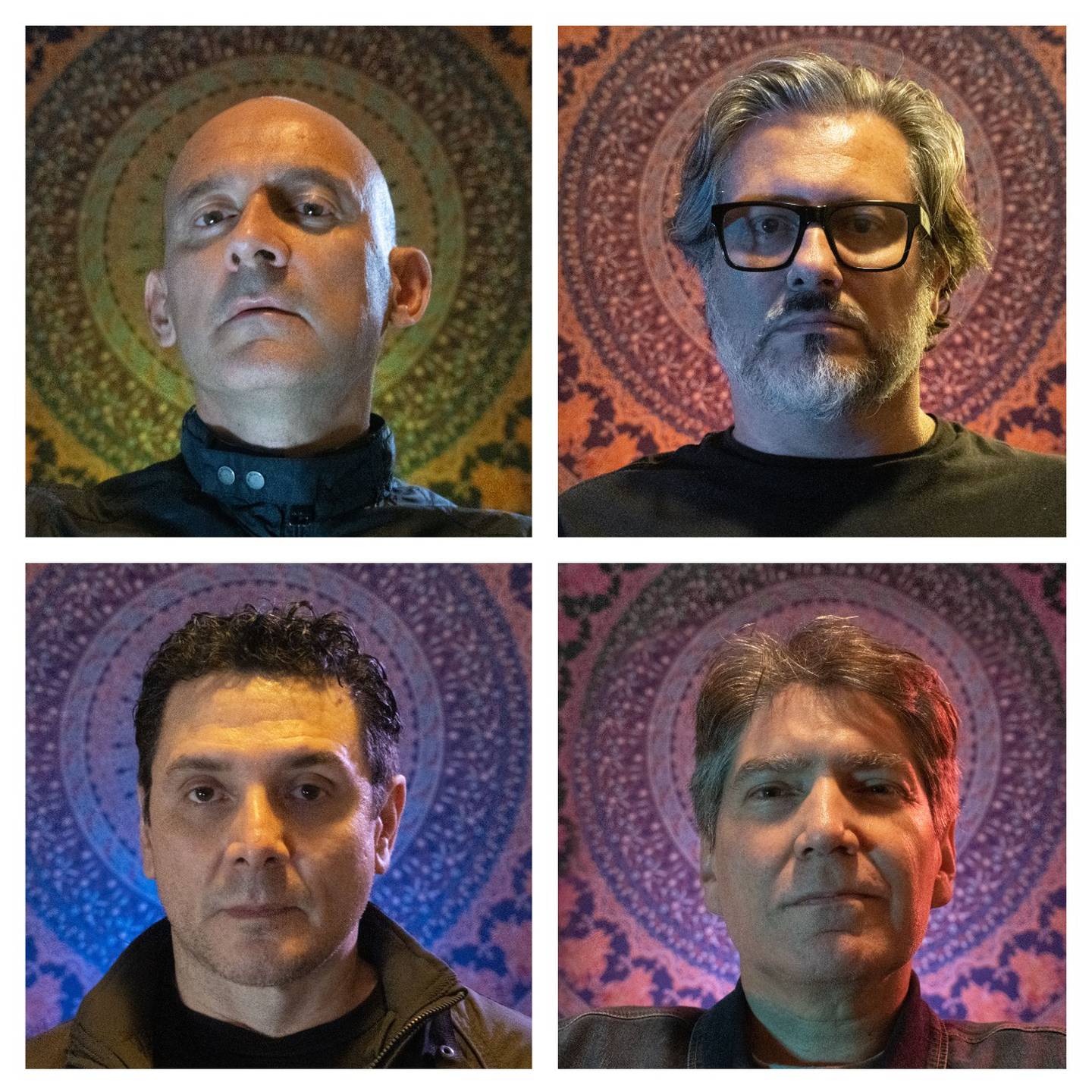 It’s never too late when happiness is good. Nothing comes at the wrong time. These may be some of the premises that the members of the Costa Rican band La Clase now have in their vocabulary, the one that at the beginning of the 90s had musicians from other bands as fans. Today, 25 years after their last performance, they return to the stage (with a presentation at the RockFestat Parque Viva on May 14) and they also arrive for the first time at a studio to record their songs, those that enchanted the rockers of the time for their style underground and unconventional.

When they reached their peak in Costa Rica, rock already had a very strong and important presence, but their proposal was different. La Clase, formed at that time by Rodrigo Bermúdez, Henry D’Aras, Édgar Cañas, Marco Quesada and Jorge Castillo, refused to sing love songs, songs that were at their best in the 90s thanks to Chiqui Chiqui and foreign pop groups like Timbiriche.

His concerts were packed, his songs were known to the public by listening to them live since an album or a cassette of songs like warsaw, gorilla woman either The saber dance. Those were other times, good times for national music, although the support of record companies was very difficult.

The meeting of La Clase had begun to take shape prior to the pandemic, but the health emergency put a pause on the reunion, but it did not take away from the musicians the impetus to play together again. “Seeing each other again was very nice for many reasons. On the one hand we are 30 years older, on the other hand it was surprising to see that we remembered the pieces as if we had never stopped playing them, we got on them and played them almost without blunders”, recalled guitarist Édgar Cañas with a laugh.

The first idea of ​​getting together again was precisely to record their works, so that those songs that the public learned in the goats, would have a space beyond the memory and the voices of the fans.

Unfortunately, during the pandemic, the musician Jorge Castillo passed away due to a complication in his heart. However, he was able to record four of the pieces. In his place entered the renowned national bassist Chalo Trejos, who took the reins and continued with the work of recording the songs with the group.

Two of those recordings are already available on Spotify, they are Vampire Y Meeting in Warsaw. In addition, the rehearsals are also focused on his concert for the Rock Fest that will be on May 14 at the Coca-Cola Amphitheater in Parque Viva, in La Guácima de Alajuela.

Rock Fest will present a lineup of more than 30 Costa Rican bands in an event with 12 hours of Creole music. As a great surprise, the last group to join the line up It’s the class.

An earring that closes the cycle

The group was born, as happens many times, due to the passion of several friends for music, more for doing original works.

“We were very influenced by all the wave of British underground bands and a little by the rock groups that were playing at that time in Costa Rica that had sounds more directed towards North American classic rock,” explained Cañas.

“At that time, and I think not much has changed, popular music was romantic, love songs, very sweet and cheesy. We wanted a much more different proposal so that people would not have to listen to ‘I love you’ or ‘you left me’, no, we wanted to tell something different, local issues and with a social meaning”, she added.

The reception was very good, in the midst of the rise of ballads, pop and the tropical. Costa Rican music was strongly influenced by Argentine, Mexican and Spanish rock that came from the great bands of the time; so the different proposal of La Clase caught the attention.

“The places where we played were full, there were people outside. There was a great movement, we played two or three times a week, we were very active. Musically, we work a lot with chords more in minor keys, with slightly darker textures and sensations, very different from what existed in pop rock,” said Cañas.

About the songs that they could not record, the group does not regret not having done it, but rather they take advantage of the opportunity of the reunion to do it almost three decades later.

“We’re going to document what we’ve done, but we’re also going to record a couple of songs that we haven’t played live, so it’ll be like new songs. The idea is to make the production, present it live and if everything goes well and we feel more like it, we will enter into a new creative process; if not at least we presented something that was worth documenting”.

Regarding the show at Rock Fest, La Clase takes it as a return to the old days and reunites with great friends with whom they shared the stage and goats.

“It is something interesting to get back together with those colleagues with whom we saw each other before. We went to see 50 al Norte, for example, we also shared the stage with Gandhi, Pato Barraza and other bands of our generation. It is a beautiful opportunity for us and for the public to see each other again with our friends”, concluded the musician.

La Clase, the rock band that had musicians as fans, meets at Rock Fest