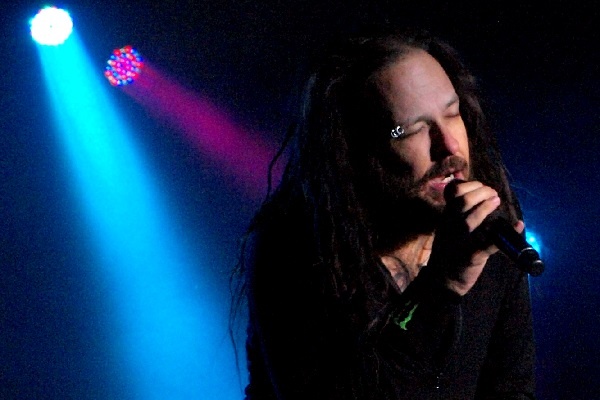 Although to korn He has never really liked being labeled as “nu metal”, that has not been an impediment for him, now positioned as legends of the genre; enjoy what the wave of “nu-metal revival” has brought with it.

In a recent question and answer session of metal hammer with his fans, jonathan davis finally revealed which of the new bands he is most attracted to.

“I’m glad you’re back” – declared Davis, to later add: “But the whole nu-metal thing, whatever! I like a band called Wargasm. They are very good. They are heavy, but new and different.”

And well, who are they? wargasm? Contrary to what many might think, it is not a group in itself.

It is a British duo with electronic nuances, made up of Sam Matlock and the model Rachel Hastingsaka “Milkie Way”.

Since 2018, the year of their debut, the group has mainly released singles, most recently “Your Patron Saints”, “Pyro-Pyro”, “Salma Hayek” and “Scatchcard Feeling”, all from 2021.

wargasm is currently on tour, sharing some dates with other titans of nu metal, Limp Bizkit.

From pop stars to underground acts, nu-metal’s distinctive blend has been making the rounds in recent times.

While the revival has been bubbling up for a few years now, with bands like 100 Gecks reverting to link parka new level has definitely been reached.

The revival of the genre also makes sense considering that streaming and the internet have eroded traditional genre lines, something pioneered by nu-metal’s combination of hip-hop and hardcore.

Some other “nu metal 2.0” bands that are also interesting are omerta from Manchester (with a sound similar to that of Slipknot); guerrilla warfare (Limp Bizkit); Dropout Kings (with a strong rap orientation); Tallahwhich has Max Portnoy, son of former drummer Dream Theater, Mike Portnoy; Y tetrarch with the explosive Diamond Rowe on the guitar