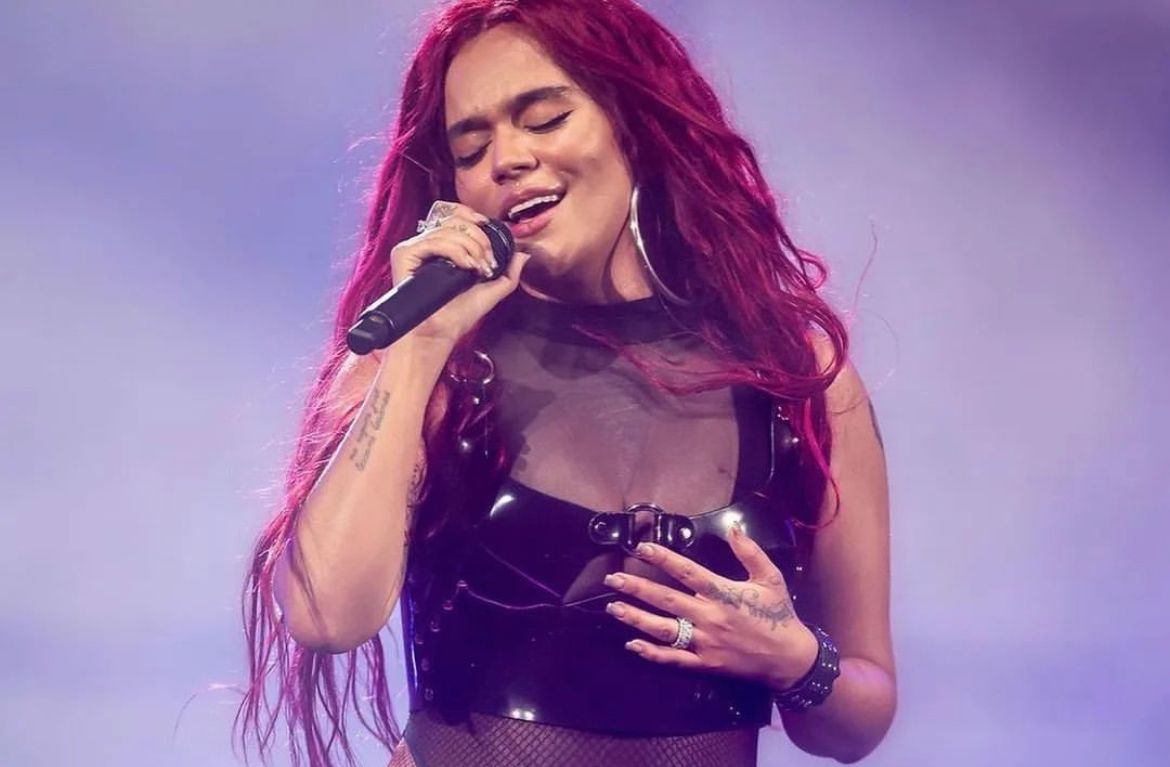 Karol G during one of the presentations of her Strip Love Tour that came loaded with many surprises for the attendees.

After Carol G will be presented on September 13 at the mythical Madison Square Garden of New York, before more than 21,000 people who vibrated with his Strip Love Tourthe paisa continues to give what to talk about on social networks with a surprise that will motivate more than one to attend her concerts.

Everything seems to indicate that Carolina Giraldo, better known in the world of musical entertainment as Karol G, surprised one of the attendees at this event with the sum of 10,000 dollars. According to the news circulating on social networks, the Colombian would be giving this sum of money to those who she “give your all in your presentations”. 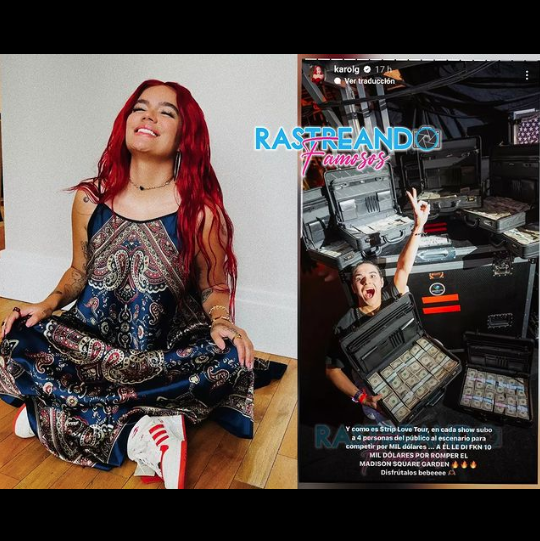 Karol G gave the sum of 10,000 dollars to one of the attendees of her Strip Love Tour. Taken from Instagram @trastreandofamosos

As the paisa mentioned in her Instagram Stories, will bring four attendees on stage to compete for the sum of 1,000 dollars, however, the young man who appears in the images took the sum of 10,000 for his house for having broken all expectations in Madison Square Garden.

“And because it’s Strip Love Tour, every show I get 4 people from the audience up on stage to compete for a THOUSAND DOLLARS… I GAVE HIM FKN 10 THOUSAND DOLLARS FOR BREAKING MADISON SQUARE GRADEN. Enjoy them baby, “the singer wrote in the publication in which she sees a young man very happy with the present received by La Bichota.

With this presentation in one of the most important stages worldwide, Karol G fulfilled one of the dreams she had as an artist for 10 years that started in the music industry. Among the hits that sounded on the night of September 13 were Gatúbela, Tusa, Mamiii, Bichota and El Makinon.

This was one of the presentations that Karol G was most anxious about, but also one of the ones that generated the most nervousness so far with this tour that will visit different cities in the United States, while his followers in Latin America are still waiting. before announcements are made about the presentations he will make.

“Today, after 10 years of writing it down on my dream list, I’m going to sing at Madison Square Garden in New York.”published the paisa in their social networks hours before carrying out the presentation in the place that wore the colors of the Colombian flag to welcome the stage with which different artists dream of filling completely.

“I wanted to tell a story of this place in particular, exactly 10 years ago, in 2012, after I had started in music in 2006, I said that I didn’t want to make music anymore because it was a difficult industry, because nobody wanted to listen to my songs, because nobody gave me the opportunity and I came to New York to live”, he began.

In addition, he recalled that he began his studies in English so that he could put it into practice and that the people with whom he communicated would understand him, sitting in front of a bench in the imposing sports arena that has seen several music personalities pass by.

And he added: “And also to dream of what it would have been like if I had continued in the music industry… “Today is the first time he filled it 10 years later. If you can (…) I swear to God that I am not saying things to say and things to encourage people, My only intention with this is to tell people, yes you can.”

Next, the moment in which Karol G remembers that she went to New York to learn English and dream of her presentation at Madison Square Garden:

The paisa remembered that nobody wanted to listen to her songs, so at some point she thought about giving up and went to New York to learn English.

Karol G showed her joy at the reunion with Ozuna during her tour in the United States: “Always grateful”
Karol G dresses Madison Square Garden with the Colombian flag
Designer alleges that Yailin is “bad pay”