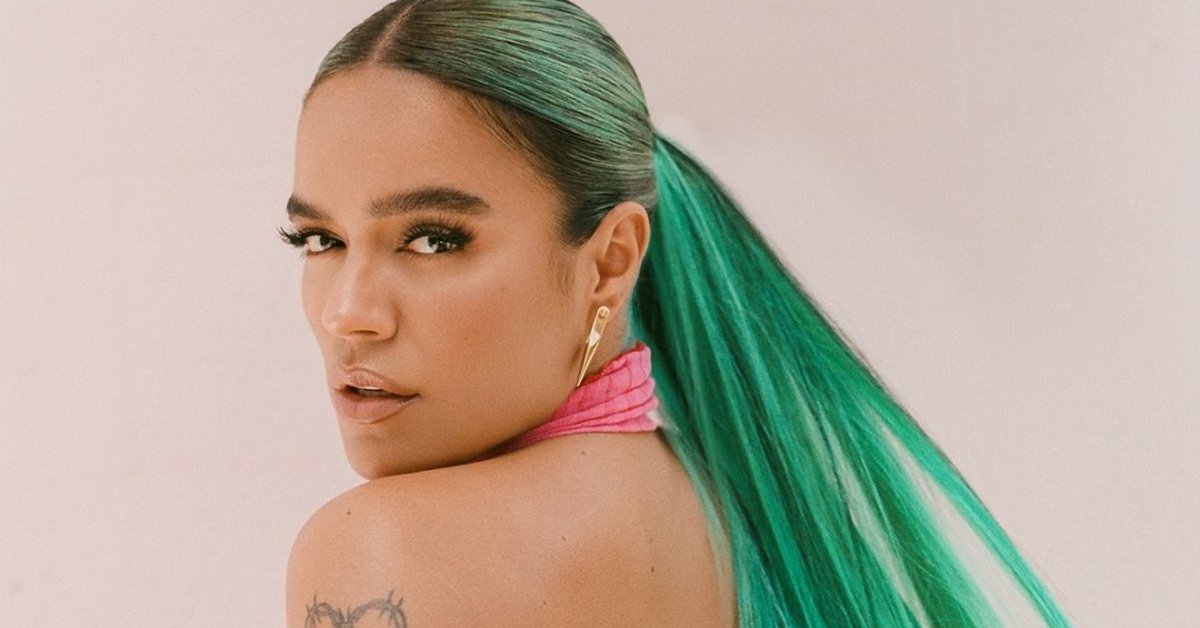 Carolina Giraldo Navarro, better known as Karol G, She is currently one of the most successful female artists of the urban genre at a national and international level. This country has managed to make its way into a music scene and in a genre that is mostly represented by men, and now its songs are the most popular in concerts and discos.

This Friday, September 17 Karol G had a new achievement in his professional career, because became the cover of the latest issue of Billboard magazine, which is a weekly magazine of the United States specialized in topics of the music industry. On the cover, the young paisa is seen on a first plate and the title that from the middle gave him ‘The Next Latina Queen’, that is to say, ‘The next Latin Queen’.

Karol G had already given his followers an advance with some hot images that he published a few days ago, in which the artist you are using a white lace and leaves very little to the imagination; in the description of these images the woman only tagged Billboard, announcing what was to come.

Karol G debuts as cover in Billboard magazine: ‘The Next Latin Queen’

But in the last hours he surprised his more than 42 million followers with the cover of the magazine, in the publication he wrote:

“It all starts with dreaming things, working hard on them and giving God and the universe time to make them happen when they have to happen… I’m not in a rush… I enjoy everything exactly when it arrives. MY FIRST COVER ON BILLBOARD !!! “

For its part, the magazine made several publications in which it shows the other photographs that were taken of the singer. Karol G spoke to the magazine about her future plans as a professional and revealed that she is focused on entrepreneurship.

As he told Billboard, Karol G is going to “launch a makeup brand, clothing lines and make my debut on the big screen. I want to see how far I can go as an artist and as a businesswoman. I want to be at a point in my life where I can say, ‘I’ve done it all, there’s nothing else I can do.’

In the same way, the artist pointed out that she looks for it in the future with her music is to leave a legacy that will remember her forever, because for her the music scene currently changes so much that each artist lives a moment of fame if they have a good song, something that will change as soon as another arrives.

Karol G on the cover of Billboard. Photo: Billboard on Instagram

“If your song is a hit, they will talk about you, but because the industry is so saturated, they will forget about you when a new artist comes along. Selena died more than 20 years ago, but her albums are still on the charts, she still receives awards. That is a legacy. My goal now is to create a product that connects with many people and that people remember me“La Paisa told Billboard magazine.

On the other hand, the interpreter of ‘Bichota’, ‘El Makinon’ and ‘Tusa’, spoke about how difficult it has been for her to stand out as a woman in a music industry made by and for men of the urban genre, but he also stressed that his goal is to stand out for his strength and not for victimizing himself.

“I’ve been through really horrible things as a woman in the industry, but I don’t even want to talk about it because I don’t want to become a victim. Whatever happens, everything is in the past. Those experiences helped shape the woman and the artist that I am today ”.

It should be remembered that the success of the Paisa artist and the support she receives from her fans was demonstrated a few days ago when the singer announced a concert in Medellín, her hometown, whose tickets were sold in a matter of hours.

Given this, the artist He opened a new date in the capital of Antioquia and, as with his first concert, the entire ticket office sold out in a few hours. Karol G will perform with the ‘Bichota Tour’ at the Atanasio Girardot in Medellín on December 4 and 5, 2021.

The paper house: the history of the statue of ‘Nairobi’ and ‘Bogotá’ that is in the Parque de los Novios, in the capital of the country
Canal RCN announces a new season of ‘Factor X’ and presents the judges of the competition