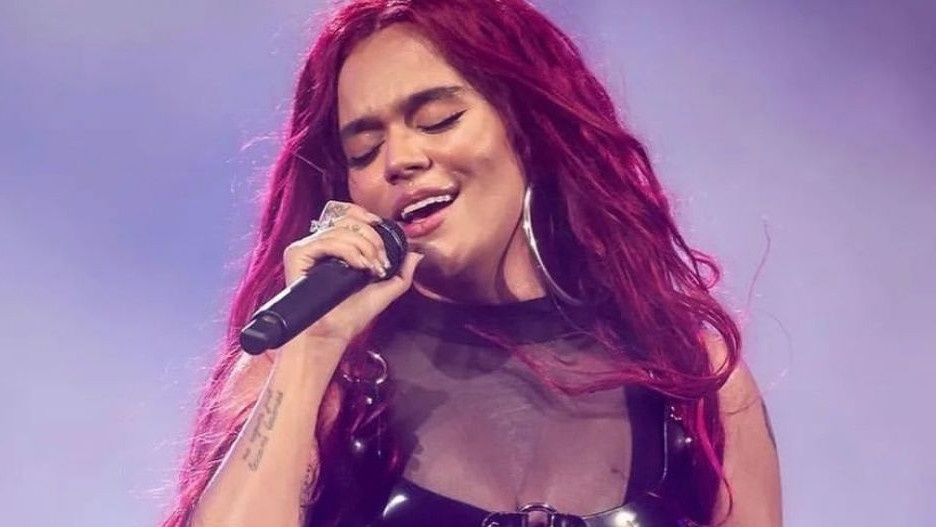 If there is something that makes concerts special, apart from the possibility of being in the same place and seeing your favorite artist, is being able to sing those songs with him and this is also one of the favorite parts of artists when they perform in front of thousands of people: hearing how they sing all their songs. However, at a recent concert by Carol G scolded a fan for not knowing one of his songs.

Currently, Carolina Giraldo – first name of Carol G– is doing his presentations of the ‘Strip Love Tour’ in USAwhere the Colombian has shown that the success of ‘La Bichota’ transcends borders and reaches the international market with great force.

However, during his concert in Washington, one of his fans lived an embarrassing moment that, today, is a trend in social networks. In the middle of the interpretation of ‘El Barco’, the Colombian artist approached a group of fans who were up to the front of the public and He passed the microphone to one of them to continue singing, but the woman remained silent.

This provoked the reaction of the Colombian singer, scolding the fan for not knowing the lyrics. “No my love, you have to learn it well”, the singer claimed as she got up to continue with the concert.

The video has gone viral on the platform TikTokwhere the same fan who went through the embarrassing moment and received a lot of criticism, uploaded her own version of the moment and explained that she does know the lyrics of the song, but having Karol G in front of her intimidated her.

“When Karol G gives you the microphone to sing and you are shocked. And tells you that you have to learn the song”, the woman wrote in her own version of what happened at the concert in the capital of the North American country.

In social networks, the reactions were immediate: “The truth can happen to anyone”; “And where are the nerves?”; “Shame?? It is the envy of all those who are with her ”, reads some of the comments about what happened.

Nevertheless, the story did not end there. Affected by the words of “La Bichota”, the fan decided to make an effort so that the Colombian handed her the microphone again and show her that she did know her songs, thus not only redeeming herself with the singer, but with herself. Indeed, he got Karol G to give him a second chance.

In the second video published by the affected one it is seen that try to climb the fence to be noticed by the Colombianfinally getting the artist to return and again pass the microphone waiting for her to perform another of her songs.

The woman redeemed herself singer ‘MOMMY’, the song that Karol G performs with Becky G and with which both artists paid tribute to Paquita la del Barrio. “When Karol G gives you a second chance because you were shocked the first time”.

“Today, after 10 years of writing it down on my dream list, I’m going to sing at Madison Square Garden New York,” he wrote on his account with the name ‘LA BICHOTA’ on one of his social networks.

“In Colombia there is a bestial delivery”: Diego Herrera, from Caifanes, spoke with Infobae prior to his show at the Cordillera festival
Aída Victoria Merlano gave ‘with everything’ to the man who called her ‘prepaid’

Karol G scolded a fan who did not know one of her songs, but the artist redeemed herself