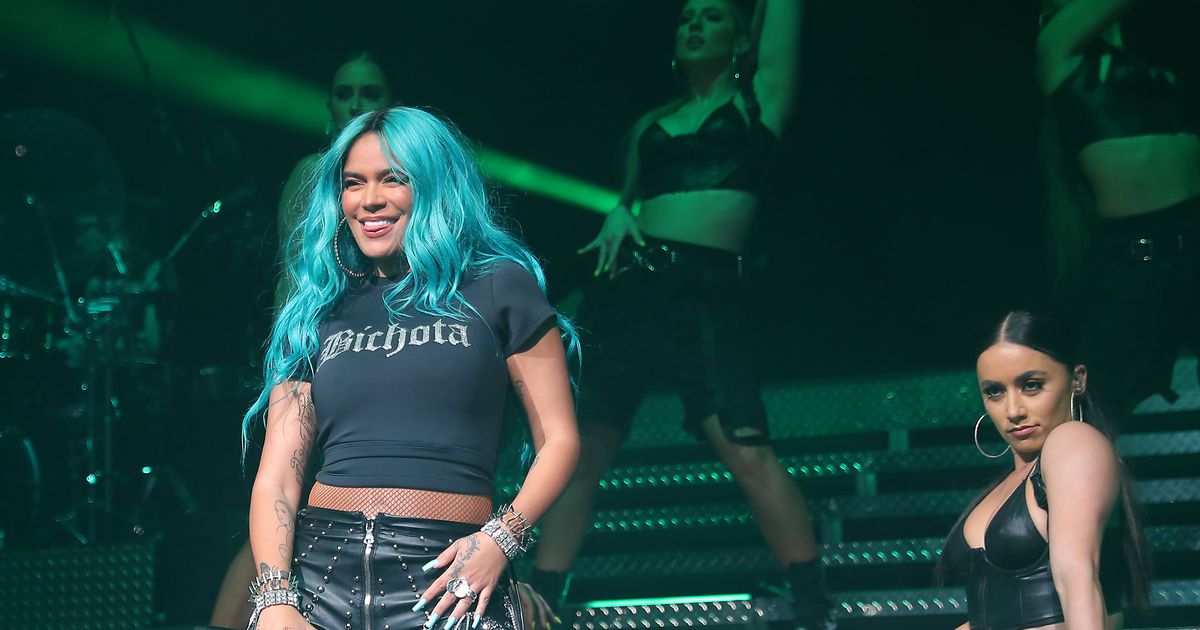 After cancel his presentation of November 11, Karol G she finally brought her Bichota Tour to North Texas where her fans were eagerly waiting to see the Colombian singer.

Grand Prairie was the last Texas city on the tour to promote material from his latest album, KG0516.

With her turquoise hair and three costume changes, the Colombian artist known for songs like “Tusa” delighted the fans she stood up to last month. The reasons why he postponed this recital were never clarified.

The audience came to the concert with posters, one had little blue lights and said “I love you Karol G”, others carried flags of Colombia, Peru and Mexico.

A band made up of women and dancers accompanied the Colombian on stage during the evening.

During the night, Karol G played with the energy of those present in the Texas Trust CU TheatreIt started with more moving songs like “Pineapple”, “Secreto”, “My bed”, followed by more emotional songs like “El barco” and “Ocean”.

Several young people in the audience wore turquoise hair like the singer, some were wigs while others dyed it in honor of Karol G, something that the Colombian herself highlighted.

“There are a lot of people with blue hair,” said the Medellín native, fixing her gaze on the audience.

A sign that said “Bichota” decorated the upper part of the stage and lit up in different colors, such as pink, green, red and blue. Likewise, there was also the famous stairs from which Karol G stumbled spectacularly in Miami. But this time, there were no incidents.

Throughout the night the singer was collecting the gifts that the public in the first file was passing her. Karol G received several bouquets of roses, a cap from Puerto Rico and even a unicorn stuffed animal.

The Colombian concluded the concert with two of her best-known songs, “Bichota”, first, and closing with “Tusa”.

Before Karol G retired, about four fans tried to go on stage, but only two were able to evade the security fence. One took a selfie with the singer and another person gave her a hug.

Karol G will wear his Bichota Tour to Washington DC and Rosemont, Illinois, this month. The tour will come to a close in Las Vegas at the end of January.