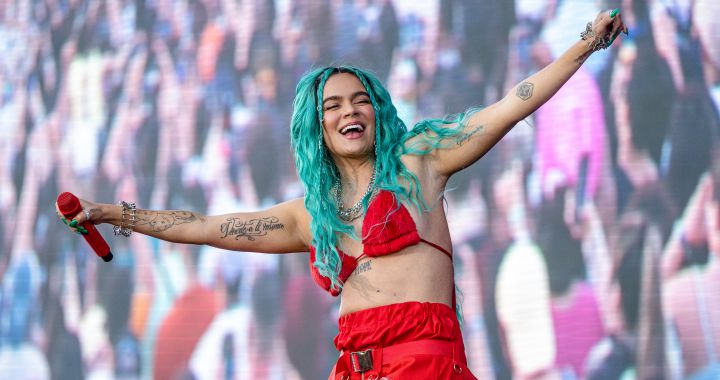 May 2, 2019 Karol G He launched Ocean, a song that made it clear that it was inspired by her boy at that time, Anuel AA. Before starting their tour, the couple announced their breakup. He has asked once again to give each other a chance and she has not closed doors in the future, but, for now, they both lead separate lives.

The song was a gift that the Colombian gave her boy. Hence, in the video we see her bathing on the beach, writing on the sand how much she loves him and everything while he was recording. He never thought that would end up coming to light.

But his boy insisted and although he already had the complete album, he insisted and ended up taking it out. To this day, it has become one of his most important and most streamed songs.. Then came the breakup, although she did not stop singing the song at the concerts of her tour.

And on more than one occasion, as I sang it on stage, I ended up crying. Many believed it was because he missed his ex so much. Now, it has been she herself, during one of those concerts, who has explained what was happening.

A hymn of love

“People always believe that one cries for the same reason. But, I suppose I was born on February 14, I have it in my blood: I love with great intensity. There are many things that happen in my life, not just one, “he acknowledged to make it clear that Anuel AA was not solely responsible for his tears.

“I wrote this song because, obviously, I felt very in love, loving a person with much, much love, “she acknowledged, although she added that now it means much more to her because it has become a hymn of love in its broadest sense.” In the end, it is a song that the mother ended up dedicating to her. to the daughter, the boyfriend to his girlfriend, a friend to his friend … because simply there are still good people in this world who like to love with great intensity“, he finished explaining.