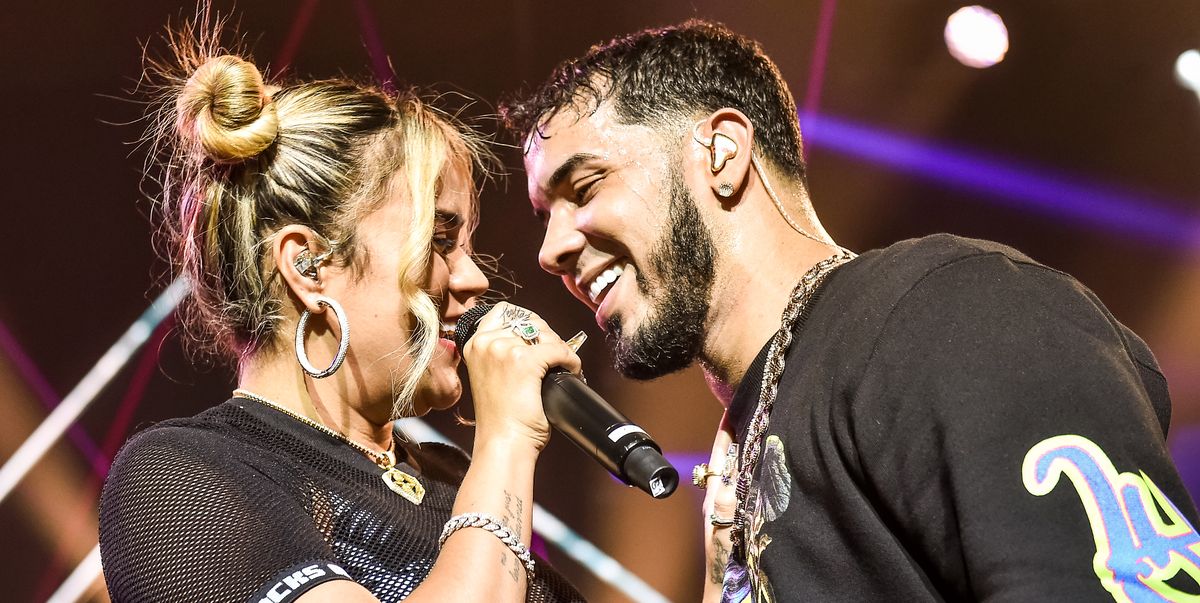 Karol G and Anuel they broke their relationship at the beginning of the year, but it seems that there is still something between them. That neither of them has surpassed theirs is something that we are verifying during their participation in the Baja Beach Festival in Mexico, where both have given enough to talk about and not for reasons related to music. If a few days ago the Puerto Rican singer I asked him for a new opportunity to his ex-girlfriend on stage, on this occasion it has been she who has shown that she still has a lot of affection for him.

The Colombian singer was one of the artists who performed this weekend at the festival. On stage, Karol performed ‘Ocean’, one of the viral songs of 2019. But it is not just any song, but a romantic dedication to the one who was his partner at that time. In the middle of the performance, the singer collapsed when she remembered him and began to cry. Although she tried to keep singing, it had to be the fans who continued with the song until she finally managed to compose herself.

This moment occurs days after the declaration of her ex-boyfriend, Anuel AA. “Everybody very hard Let’s see if Karol hears it and comes back with me. Let it be heard on the moon! “, He said before singing one of his heartbreak songs, ‘Babalu’. The Puerto Rican also asked his audience to help him sing one of the phrases of the song in which he says:” but I did not know how to value you, baby I did you wrong. “Wow, it seems that both of them miss each other … Will they end up reconciling? We will be very attentive.