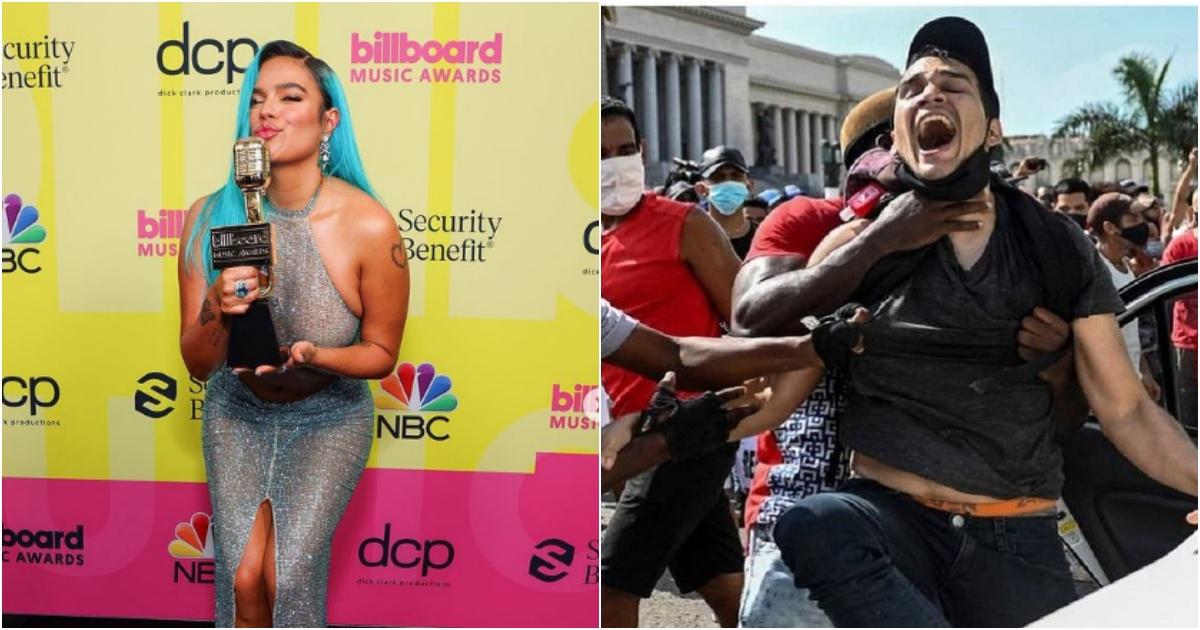 The Colombian singer Karol G was sensitized with Cuban struggle and compared it to the one who frees her own people, which took to the streets from April 28 to early June denouncing the government’s abuses.

“It breaks my heart to see the situation in Cuba. I continue to live the same pain with my country that I love as nothing and I am here supporting them as in their time people from other countries supported mine. In the end we are all one #SOSCUBA For a free Cuba! For our countries, be free! ”Said the young urban singer on her Twitter account.

Many are the international artists who have joined the call of SOS Cuba, very popular on social media. Among the musicians who have raised their voices there is a strong representation of the urban genre.

Puerto Rican singers Ozuna Y Lunay, two of the most popular reggaeton artists at this time, wanted to show their solidarity with the Cuban people at this terrible moment.

Besides them, the “The boss” of reggaeton, Daddy Yankee, as well as the Colombian J. Balvin and the Puerto Rican Resident they spoke out in favor of the civil crisis that the town is going through.

In the specific case of Residente, he received a response from the Cuban presidency on the social network Twitter when he denounced corruption in the Cuban ruling elites. Before the response of the presidency, the musician replied with more force and questioned them to take the work and effort to answer a public figure and not to render accounts to the hundreds of Cuban tweeters who demand of them on a daily basis. After the artist’s reaction, the account of the Cuban authorities deleted the tweet.

“62 years of tyranny and repression must end. We support our Cuban brothers who fight for their most basic human rights. The freedom of the Castro regime is upon us. Let the fight be fueled by truth, compassion and the absolute right of every human being to be free. Long live Cuba Libre! ”, Said the prestigious actor.