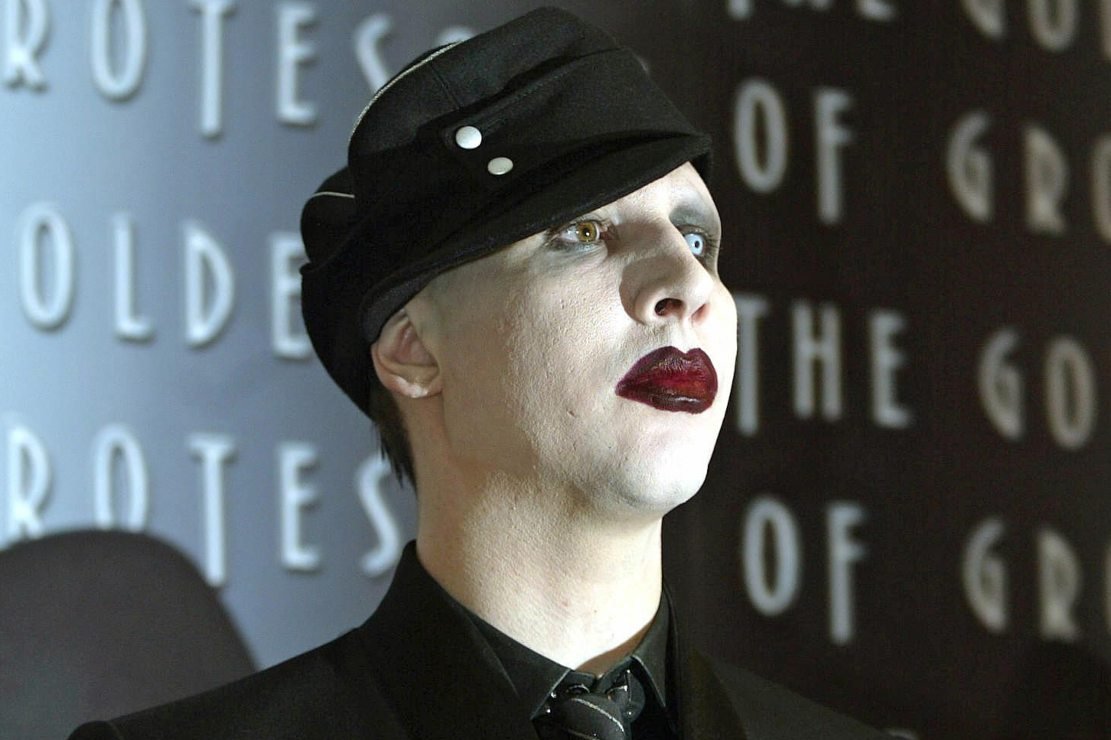 Seeing is believing! The industrial metal singer Marilyn Manson He was caught dressed entirely in white at a church service led by the rapper Kanye West and which was also attended by singer Justin Bieber. Both celebrities profess Christianity.

Brian Hugh Warner, known as Marilyn Manson, is a very controversial 52-year-old singer and songwriter who holds the title of honorary priest in the Church of Satan, he has even been accused of sexual abuse and gender violence and four complaints weigh on him that are in process.

On this occasion, the interpreter of songs such as “The beautiful people” was seen at a mass on October 31 officiated by Kanye West, and in the photos that circulate on the web, he can be seen dressed in white from head to toe, with a hoodie that only revealed his very attentive eyes.

Read also: Justin Bieber and Hailey Baldwin get baptized together to renew their faith

It makes me ultra wtf to hear Justin Bieber pray while he has Marylin Manson and Ye next to him. #SundayService pic.twitter.com/yYbssPgQHk

Marilyn Manson He was also seen holding Kanye’s shoulder as he said a deep prayer; at other times he had his arms crossed and he always looked very serious. Behind him, Ye, and Justin Bieber was a gospel choir that never stopped singing praises.

Tell me who else bring diverse peeps together like this

In a moment of prayer, Justin reportedly said, “We cast out any demonic negativity that tries to steal our peace today or steal our joy in the name of Jesus.”

fucking marylin manson over there, that kanye is a sick https://t.co/1kQ63nXkmd

This isn’t the first time we’ve seen Marilyn, also the singer of “This is Halloween” and “Deep Six,” with Kanye West, Kim Kardashian’s ex-husband. The first time we knew of his closeness was during the presentations of “Donda”, the most recent musical material of the rapper.

These photographs and videos that circulate on the web have left more than one shocked. Is Manson trying to rebuild his life alongside two of Hollywood’s most religious celebrities?