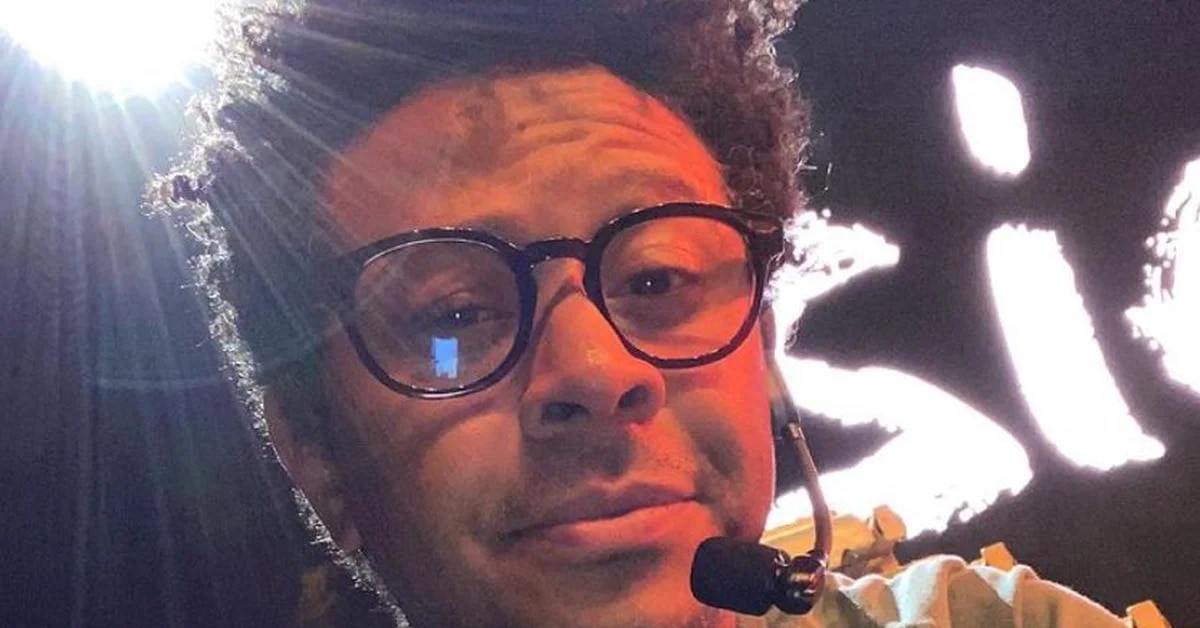 Kalimba He expressed what are the New Year’s resolutions that he hopes to fulfill during this 2022. The singer confessed that would love to build a family and have more childrenThis is because he has not had the opportunity to live with his children as he would like.

The former member of OV7 granted an interview for Today, where he shared with viewers one of his goals for this year. With great enthusiasm, the interpreter of great successes such as Hitting rock bottom, you forgot Y I do not want to fall in love He said that he is at a time in his life where he wants to formalize a sentimental relationship, unite his life with a partner and have more children.

“I would like to have a few more children, one or two more, get married; live that part and that experience that has not touched me ”, he declared before the cameras of the morning of Televisa.

The also actor who debuted in Carousel of the Americas in 1992, he reflected on his relationship with Aitana and marriage, children that he had in his previous relationships. Kalimba assured that he tries to share quality time with both of them but, despite this, he regrets very much not having been present in some moments of his life.

“I have had two children, but from far away, I mean, I love them when they are with me, but most of the time they are with their mothers, “he added.

Kalimba commented that since he was a child he had the desire to start a family and, not only that, to marry the woman of his dreams. The 39-year-old interpreter recalled that he came to share these plans with some women of his dynasty and explained that his illusion probably arose from the teachings his mother left him.

“I mean it in all honesty, As a child, I was one of those who played with my cousins ​​… that is, they said how they wanted their wedding and I mine. I come from a matriarchy, which I respect and admire, I love women very much for the dreamers they are and for what they teach us in love, definitely being familiar comes from them”He continued.

After the passing of the years and the love relationships that saw their end, the native of Mexico City mentioned that he has not lost hope of finding the couple with whom he can see his dreams come true and he hopes to meet her in 2022.

On the other hand, it recently emerged that the singer would have suffered discrimination for his tattoos, earrings and piercings, a look that currently continues to generate controversy in some people. It was during a meeting with the media that the former OV7 member commented that such a look was not used to be well liked by some sponsors, one of the reasons why he decided to open a foundation.

Kalimba has more than 50 tattoos on his body (Photo: Instagram / @ kalimbaofficial)

“Since I started my foundation and wanted to start helping, there were some doors that did not open, because They turned to see a person full of tattoos, very striking hair, my way of dressing, many earrings and it was like: ‘I don’t know if my sponsor and my brand wants to put their money here’, they did not see it congruent. There was a bit of resistance at the beginning ”,

Kalimba explained that the sponsors used to classify their image as something not congruent with their ideals, so they ended up leaving it aside. The singer assured that these types of situations tend to be repeated continuously in Mexico without difference of profession and mentioned that said social stigma continues to be a fairly complex issue.

“lSociety has been like this since the beginning of time. Right now we are doing a work called Joseph, The Dreamer based on the book of the bible about the two most important personages of humanity and from which the whole of humanity starts ”, he declared about the work that he will do with Carlos Rivera and Fela Domínguez.

Cynthia Rodríguez captivated Carlos Rivera with a sophisticated look at sea: “The most beautiful is you”
At risk of dying, Kalimba had an encounter with God
What Manuel Turizo said about the alleged relationship he would have had with Belinda

Kalimba could get married and start a family in 2022