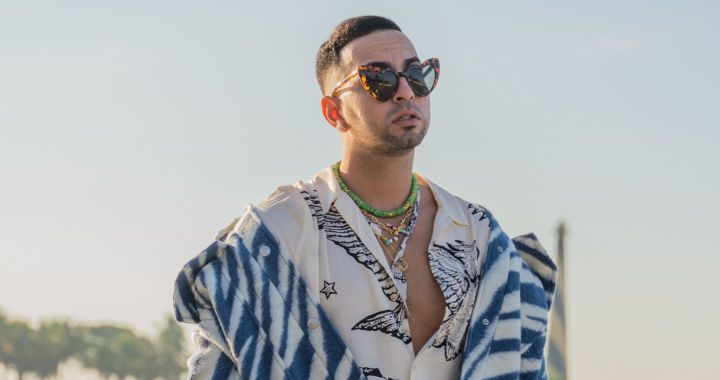 From the studio or from the beach. Justin Quiles is excited about his next release. A song that he is presenting with the name of forest fire and of which he has offered a couple of previews of his sound that have excited his audience.

“I want to take everything away from you piece by piece, that you change from a good girl to a naughty girl and give yourself a hard time 💨 so that you can go up to the moon, I know that how you dance, fuck, and how you drink, you smoke, mommy, there is no one to straighten you out when you are crooked and I like you more in sex when you’re drunk 🍷 she bites her lips and touches herself crazy crazy, she’s throwing away all that heat she accumulated during the day 💦” she sings American of Puerto Rican origin.

Classic reggaeton rhythm and hot lyrics for summer are the ingredients that mark this new musical proposal by Justin Quiles that, as we say, only has the premiere date left to make the soloist’s fandom enjoy: “I’ll set a date soon for whoever wants it ???????”.

Justin Quiles has been making a name for himself in the Latin urban music industry for more than a decade since he released the song Algo Conti in 2010. “This is going to be the song that’s going to make them lose their minds in the summer. It’s called Forest Fire. I’m taking it out already????” The interpreter wrote in his official profiles on social networks.

And it seems that it will not be the only musical release that we will witness in the coming weeks, since through its accounts it has presented another preview of a different song from the recording studio.

“You hit me, how delicious I liked you. One night with you wasn’t enough because you looked for me. And you, who have a boyfriend, why don’t you leave him, come home and I’ll leave you a partner. And if they ask you, play dumb, he puts it on you and I know who leaves it for you Take a good look at yourself, give yourself a spank because you look great Indika @ryancastrro Send the voices Avansa 🔥🔥” she posted on her Instagram account.

With these advances and with the enthusiasm of Justin Quiles, we only have to know when we will be able to listen to them in full and which collaborators will accompany the interpreter in his new adventure.