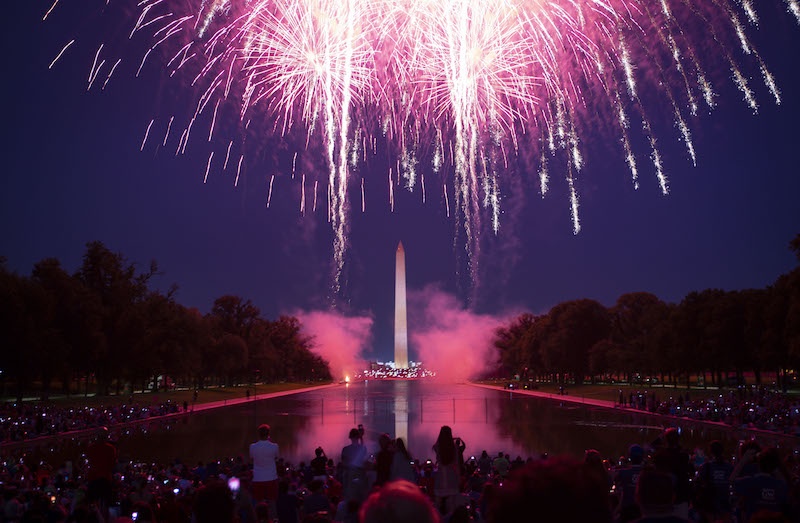 The show A Capitol Fourth has been prerecorded and will include artists participating from different US cities.

SHOW. Fireworks return to the national capital and thousands of people are expected in the National Mall area. PHOTO: Marvin Joseph – The Washington Post

Capital Concerts will present the 41st Annual A Capitol Fourth. The PBS Independence Day celebration will be hosted by multi-platinum recording artist and television, film and Broadway star Vanessa Williams. For many months, A Capitol Fourth has been planned to be a pre-recorded show due to the pandemic with a live fireworks display, rather than the traditional live concert on the West Lawn of the Capitol. The nation’s 245th birthday celebration will feature Williams’ performances from Washington, DC and new prerecorded material with performances in cities across the country featuring top stars from pop, country, R&B, classical music and Broadway musicals. The concert broadcast will culminate with live coverage of the fireworks display over our nation’s iconic skyline captured by multiple cameras located around the city.

“I am so honored to host A Capitol Fourth this year,” said host Vanessa Williams, “I first performed in this national July 4th television tradition in 2005, and it has always held a special place in my heart. ”.

“When families and friends gather and the country begins to open up on July 4, we plan to bring you an exciting program featuring the nation’s largest fireworks show, performances by top stars, and patriotic favorites,” said the producer. executive Michael Colbert. Make A Capitol Fourth your Independence Day celebration. We have something for everyone ”.

The National Symphony Orchestra will perform John Williams’ inspiring composition “Olympic Fanfare” honoring the US Olympic and Paralympic teams as they prepare for the Tokyo Olympics.

The concert will honor the men and women of our military and their families for their contributions to our nation and their dedication to service, exemplifying the American ideals we celebrate on July 4.

The PBS broadcast of A Capitol Fourth will be Sunday, July 4, from 8:00 to 9:30 pm. The show can also be heard in stereo through NPR member stations nationwide, and will air on Facebook, YouTube, and www.pbs.org/a-capitol-fourth.

The award-winning program will feature an enthusiastic performance of Tchaikovsky’s “Overture 1812” with the National Symphony Orchestra and the Joint Armed Forces Choir to accompany the fireworks.

Also participating are members of the US Army Band “Pershing’s Own,” the US Army Herald Trumpets, the Joint Armed Forces Chorus, and the Armed Forces Color Guard provided by the Military District of Washington, DC.

A year after the coronavirus pandemic caused the cancellation of nearly all parades, concerts and events, the nation’s capital will mark July 4 with a fireworks show Sunday night on the Mall.

The National Park Service said the fireworks display will take place at 9:09 p.m. Various monuments, facilities and roads will be closed for the events.

Visitors should follow the recommendations of the Centers for Disease Control and Prevention, so people who “are not fully vaccinated should continue to wear masks indoors and outdoors with lots of people.”

Those who plan to take buses or Metrorail must wear masks, even if they are vaccinated.

There will be several public entry points to get to the Mall that will be open from 1 pm until 9 pm Visitors will be screened at the entrances.