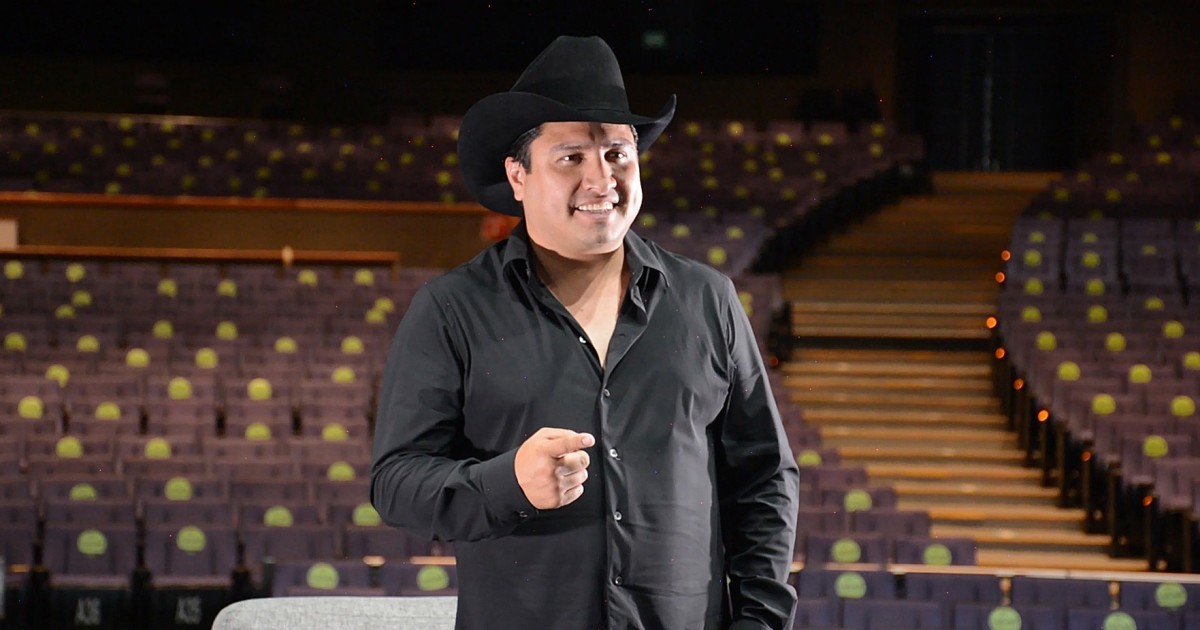 The Mexican regional music singer Julión Álvarez said on Monday that he was ready and eager to return to face-to-face concerts, after a long break due to the pandemic.

The interpreter will begin his presentations on September 4 in the border city of Tijuana, as part of the 2021 tour, which also includes the city of Mexicali and a new date in Guadalajara, he announced in a press conference offered in this city, capital of the state of Jalisco, west of the country.

“We hope that the capacity that we are allowed to fill, that the public responds after presenting all the songs that we have been releasing and that we achieve the full, we bring good production, we will be with all the desire and quality,” he declared.

After the mandatory isolation period and the cancellation of concerts in Mexico due to the pandemic in March 2020, the interpreter of “You would have gone before” took refuge in the field work of his ranch located in the state of Chiapas (southeast of Mexico) where it is from.

Despite canceling an extensive tour planned for 2020, Álvarez released some singles that he presented to his followers on social networks, in addition to holding a virtual concert in which he released songs such as “Incomparable” single that remains number 1 in a dozen from Latin American countries and in the top 10 in the United States.

Álvarez said that although the concert was seen by thousands of people, he misses the contact with the public.

“I honestly did not love it, it was singing to the cameras and chairs and the response of the public was beautiful, but it is not the same, we present new music and we try to be as patient as possible to be able to present ourselves with the public,” he said.

The singer asked the public to be vaccinated to allow his entire team and the entertainment industry to return to normality on the stages in person and thus recover a little from the economic losses they had last year.

The singer-songwriter said he hoped to return to the United States soon after accusations by the Treasury Department in that country of an alleged participation in illicit activities that led to an investigation into his finances and the impossibility of working in that country.

“We are still in a process, unfortunately the lawyers explained to us that due to the pandemic, which has been a reason for waiting, the process has been extended, but we do not lose faith and we hope it will be soon,” he said.

Álvarez announced that he will record his song “Probably” in a duet with singer-songwriter Mike Miramontes, leader of the group La Fugitiva and who was part of Álvarez’s team during the La voz México television contest.