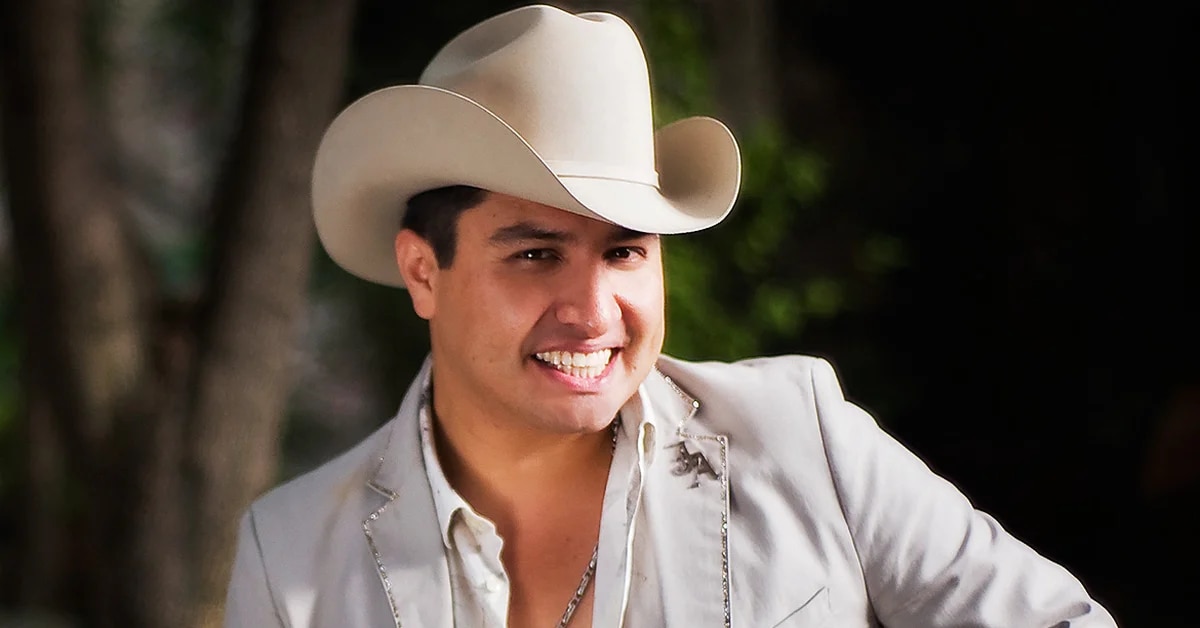 The regional music performer Julion Alvarez He declared for different media to be very happy with his two little daughters, Maria Isabel Y Maria Julia, to whom you plan to enjoy and dedicate as much time as possible so that having more children is not in his plans for now.

“I’m staying there hey, with my two princesses I am happy and I hope I have the time to enjoy themMay God give me wisdom to be able to enjoy my little princesses ”, declared Julión for the show program Tell me what you know.

Julión Álvarez’s facet as a father began on April 11, 2018, date your firstborn was born: Maria Isabel, it is worth mentioning that the interpreter of Green eyes He also has a birthday that day. For its part, María Julia was born on November 18, 2019 and just turned 2 years old.

The Mexican singer assured that he does not have in his plans to have more children because he is enjoying his role as father with his two daughters: María Isabel and María Julia (Photo: EFE / José Méndez / Archive)


The 38-year-old singer assured that the vasectomy it’s not in your short-term plans, because he is afraid in the future to repent and change his opinion about having more children; however, he stated that If later on you are totally convinced of your decision, the small operation will be carried out since it is everyone’s responsibility to take care of themselves.

Although the Chiapas is characterized by being one of the artists who tries the most to keep his personal life private, on certain occasions she can’t help showing off her little ones through her social media.

Julión Álvarez has decided to keep her private life away from the spotlight, however, she sometimes shares photos with her daughters on social media. (Photo: Instragram / @lospasosdejulion)

His wife Nataly Fernandez, who was also one of the great loves of Valentin Elizalde, has preferred to keep a low profile and stays away from reflectors. She and Julión arrived at the altar in April 2011, the simple religious ceremony was held at the Tesitán Parish in Zapopan, Jalisco.

In an interview for the show The minute my destiny changed that drives Gustavo Adolfo Infante, Julión recounted how the first meetings in Guadalajara with Nataly were, who years later would become his wife and mother of his two daughters.

“I sat at his table because there was no place at another, we exchange phone numbers and that’s where it all started, we talked to each other every day. I went to play at a place and I told him: here I am, we agree, that’s how it was, ”Julión recounted in May 2017.

After almost two years of pandemic, Julión Álvarez is ready to return to the stage (Photo: Screenshot)

In recent statements to the press, the interpreter of It’s raining outside He was extremely grateful and excited to be able to return to the stage after almost two years since the shows were suspended due to the pandemic of Covid-19.

The singer placed great emphasis on the importance of being vaccinated against the coronavirus, since It is thanks to the progress in the campaigns of vaccination that little by little it has been possible to resume events and reactivating the world economy.

“The King of the Box Office”, as he is also known, took the opportunity to invite your entire audience to get vaccinated; highlighted that in his native state Chiapas approximately 40% of the population did not want to be vaccinated which continues to put the entire population at risk.

“I think that we are a very hit category, which is a matter that involves crowds, what is ‘la artisteada’, and for the same reason I ask the whole race with great respect for the idea and opinion of each person: yes, get vaccinated. Believe me, they are going to help us a lot ”, declared Julión Álvarez for the program Tell me what you know.

It was recently announced that the singer Pepe Aguilar He made his team members an essential requirement to be vaccinated in order to work with him, said measure was strongly criticized on social networks. However, although Julión was not so extreme with his workers, he confessed yes be applying pressure to get everyone vaccinated ASAP.

Julión Álvarez spoke about the controversy of celebrities related to drug trafficking: “They put you on a list”
Adela Micha clarified her controversial reaction to Silvia Pinal’s hospitalization
María Antonieta de las Nieves “La Chilindrina” wants to find a new partner: “It would have to be someone that I liked very much”

Julión Álvarez no longer wants to have more children