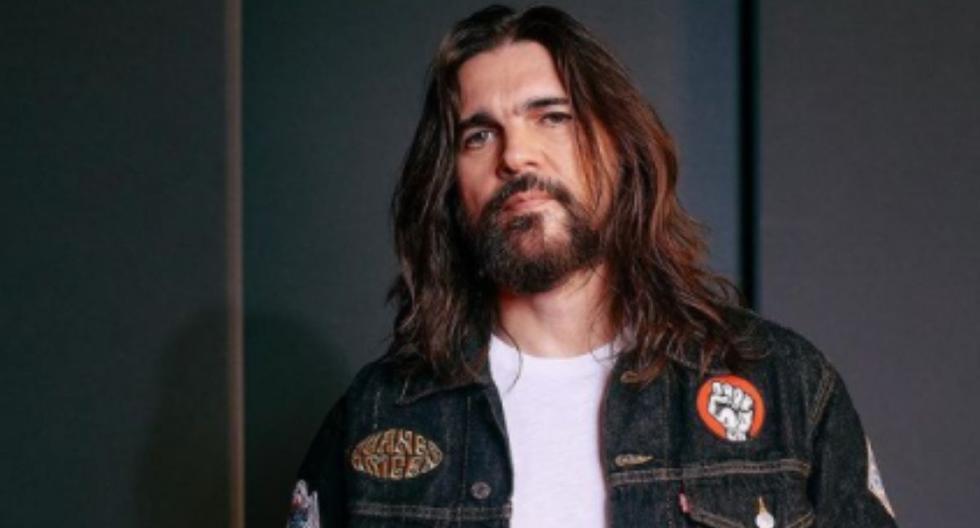 Juan Esteban Aristizábal has built his musical career based on musical singles that have earned him up to 24 Latin Grammy Awards. What few know or remember is that the Colombian singer has a step that links him directly with the metal genre. Here we tell you the story of the beginnings of the popular Juanes.

MORE INFORMATION: The story of how Juanes appeared in the NASA broadcast about the arrival on Mars

The name of the first single with which Juanes won over the Colombian public in his first steps in music was called Ekhymosis. This may not be remembered by many of his fans, but yes, the Latin pop idol, who had his birthday on August 9, conquered his first fans with a little rock and metal.

Juanes, resuming his tours around the world, began on September 19 a tour which he has called ‘Origin’. These concerts will take place at the Filmore in Miami Beach and will continue in New York, Los Angeles, San Francisco, Seattle, Chicago, Houston, New York, among other North American cities. It is known that the Colombian will combine many of his established themes with moments that marked his beginnings both personally and professionally.

MORE INFORMATION: The time the police searched for Juanes for stealing a car in Miami

KNOW THE METALLIC PAST OF JUANES

Many of the fans of Latin music know only the good moments our favorite artists, but not that human side that they keep; and that they have to do intimately with what has been its beginnings in this world. This may be the case of the singer of Colombian nationality, who when he was only known as Juan Esteban, Back in 1987 he ran into another passionate about music and it was that he formed his first band, which they called Ekhymosis.

Then, at the age of 15, Juanes met Andres Garcia, a Colombian guitarist with the name of soap opera gallant, with whom he made a musical click from the beginning. With him he had his first adventures in the world of music, having his first presentations in the late 80’s. Product of this union, Juanes would record his first song which he called “From above is different”, Which would later be part of his single “Giant child”, production that saw the light in 1993.

Only in 1995, Juan Esteban began to see the fruits of his work. It was “Solo”, the song that would begin to sound strongly and that had the stamp of a Juanes already as the vocalist of the group. This arrangement was much closer to pop rock than the initial style that the band had marked. Two years later the Colombian artist would leave the group in order to start designing what would be his successful career.

JUANES ‘TATTOO IN HONOR OF HIS PARENTS

In his Instagram account, Juanes has made clear the love he has for his parents. The interpreter of “Photography” and “For your love” published on his profile how he will carry his parents forever on his skin: he tattooed their faces on each arm and dedicated the following message: “Javier and Alicia, they have always been tattooed on my soul, now they remain on my skin forever. Javier and Alicia love you forever “, wrote.

To date, the publication has more than 40 thousand likes and exceeds 100 comments. Juanes’ family life is very notorious on social networks, because not long ago he made public that one of his daughters had turned 16 last June.