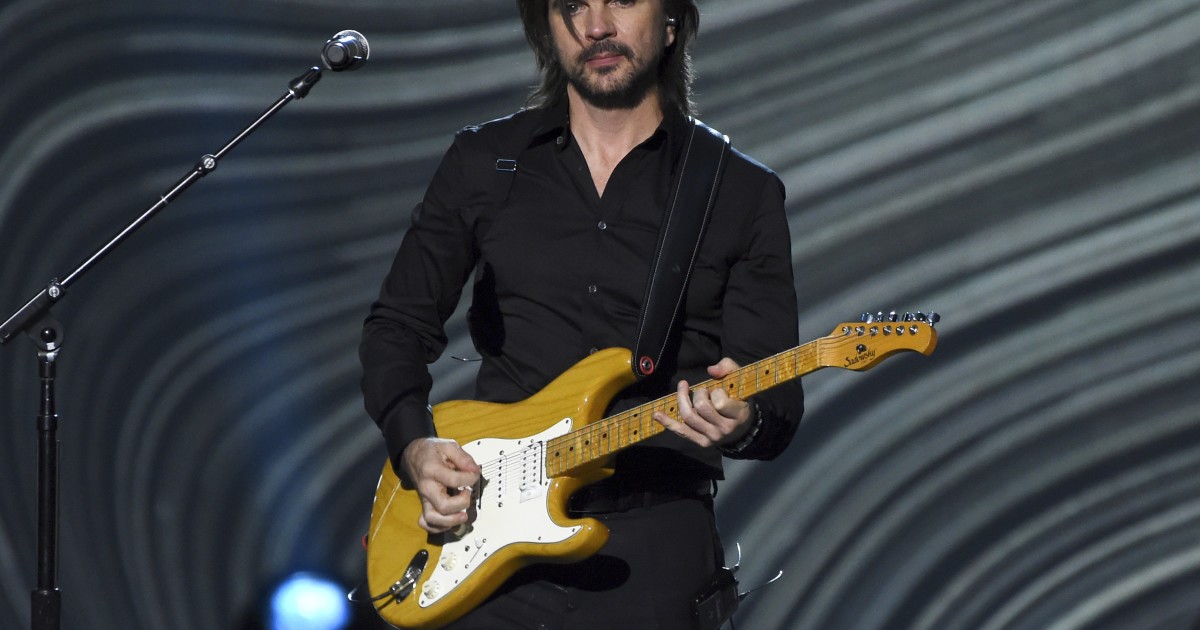 Juanes is ready to take his “Origin” on a tour of the United States with 20 concerts at venues such as the Fillmore in Miami, where he begins his tour on September 16 and 17.

“I can’t wait to go back” to the ring, said the Colombian rocker in a recent interview via Zoom from Medellín, after spending most of the pandemic locked up composing and studying singing, guitar and poetry. “I really miss it, more than ever in my life.”

After experimenting with different types of music, Juanes returned to his roots for “Origen”, his 10th studio album released in May, in which he covered songs by some of the most influential artists in his life and career, from Joe Arroyo and Bruce Springsteen, to Bob Marley and Juan Luis Guerra.

In New York it will be on September 22 at Terminal 5. Tickets go on sale on Friday.

“We have been here for two, three weeks putting together how the whole show is going to be, all the most theatrical part, let’s say, of our tour, and obviously we are going to play the album of ‘Origen’, to play my songs too and to put on a show. super organic, rocker, in iconic places in all those cities and we are happy, “said the musician, who also hopes to bring this show to Europe and Latin America next year, as the pandemic allows.

“Origen” (Universal Music Latin) was accompanied by a homonymous documentary on Amazon Prime, produced by José Tillán and directed by Kacho López, in which the interpreter of hits such as “La camisa negra” and “A Dios le pido” explained by what he chose each of the songs, talked with some of its creators (Guerra, Sabina, Páez) or survivors (Ziggy Marley), and reproduced emblematic performances of the 60s, 70s and 80s, including the first of the Beatles in “The Ed Sullivan Show ”.

Will you carry some of those performances that were seen in the documentary onto the tour?

“Not so… but yes. We are going to be with some very specific pints and we are going to also be doing a bit of ‘storytelling’, like telling stories behind each song and locating them in time, where I was at that moment ”, said Juanes.

“We want to go a bit for that style more than the rock shows of many years ago, minimalist but with great force, and now with a supremely powerful repertoire. And we are going to go clear with the 100% seventies look. Nobody takes this beard and this mane from us. Nobody, “he added with a laugh.

His upcoming releases include a bilingual version of Elvis Costello’s classic “Pump It Up” for an album by the British singer-songwriter produced by Sebastian Krys, the same Argentine producer he worked with on “Origen”, with whom he hopes to record an upcoming album by new music he wrote during confinement.

Juanes spoke enthusiastically about the Costello project, whom he said he had on a pedestal.

He recounted that they used the original tracks from the 1978 song in a “super original” experience: “You can even hear Elvis breathing. If you see the multitrack, you can go one by one listening to the drums, the bass, there is the guitar of the guitarist from The Clash there. “

The 23 Latin Grammy and two Grammy winner, who recently also recorded Metallica’s “Enter Sandman” for the legendary American heavy metal band’s “The Metallica Blacklist” album, seems to be experiencing a moment of great peace and harmony as an artist.

Close to his 49th birthday, he works with complete freedom, without fear or restrictions.

“I am simply more grateful than ever in my life,” he said. “I’m betting on what I like regardless of the trend or if it is fashionable or not, or if it is number one or not, because in those ways to be number one and seek that popularity, it is too easy to distort yourself. And the truth is, I prefer my dignity and weakness at all levels than the numbers and the views and the likes and that things are. And to find that me there again, that real me, ah, it has given me tremendous joy ”.

“Let’s say Costello, Metallica, which for me has been like something that cannot be explained,” he said. “I can’t explain to you what I feel about that. It is something very deep in the soul ”.