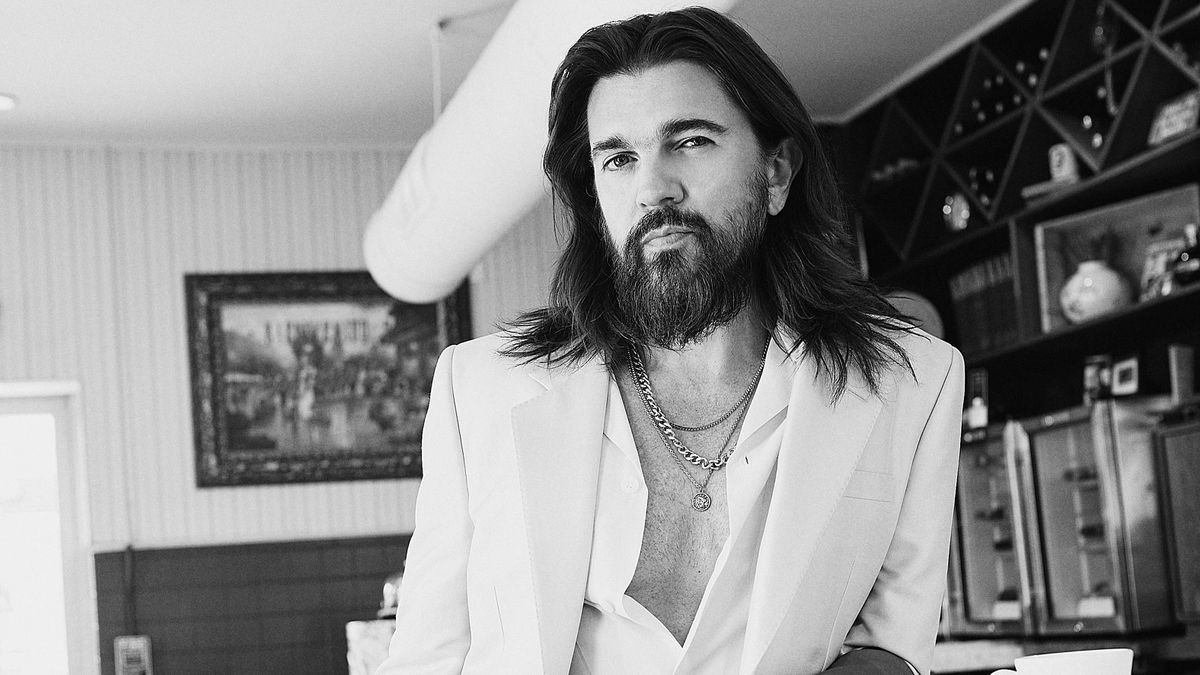 He took off his black shirt and put on a well-colored one for the interview. Juanes (Medellín, 48 years old) returns after the pandemic with Source, an album that returns him to his roots in life and music, and visibly marked by this time of pandemic and by the current situation in his country. “Colombia hurts, this could be seen coming, people can’t take it anymore”.

Accumulate 25 Latin Grammy and two Grammys, 12 number one singles in the US and more than 20 million records sold, achievements that have made him the world’s leading ambassador for Latin rock. Despite this trajectory, Juan Esteban Aristizábal (his real name) is a simple man, so much so that some miss him some eccentricity typical of a star. The interview is conducted by Zoom from Miami, where you live. There he met his 91-year-old mother again a month ago, who has finally been able to visit him. “She is a champion, a fighter who for 27 years took care of my sister in a coma with dedication.” Luz Cecilia died two years ago, recalls the singer, and the family breathed relieved for her, since their battle had no solution.

The family is very present in Juanes. There was a time when she left music to focus on the education of her children who are now 17, 15 and 11 years old. He had the feeling that he was missing something important. With them and with his wife, Karen Martínez, the pandemic has passed. “I know what anxiety is, I have lived this time at home with my teenage children.” In this time of isolation, Juanes relates that he has had space for introversion, to remember. The album that he now promotes was already recorded before the covid changed everything. “That has allowed me to dedicate myself to composing. I have many songs prepared for a new album. In them I talk about everything from paranoia to love. I go back to rock with mixtures of my folklore. There are cumbias, calves, rhythms from Cuba, the Dominican Republic and Colombia ”, he reveals. But that will be later, now in what is is Dancing in the dark, a Spanish adaptation of the Bruce Springsteen classic, Iconic song that is part of the work with which Juanes pays tribute to the artists and songs that influenced and inspired his musical identity, beginning with Carlos Gardel, who his father listened to with devotion on the radio at his home in Medellín.

Originally released in 1984, Dancing in the dark was the theme with which Springsteen released his legendary album Born in the USA, the most sold in 1985 in the United States. Juanes declares himself a fan of Boss. “I met him four years ago in Austin, I have always admired his music and this is my tribute.” They have not seen each other since. “When you listen to this Springsteen song it sounds very happy because of the rhythm, but when I started to read the lyrics carefully to make the adaptation to Spanish I realized that it has a deep message. That’s why I decided to present this version more in the folk style, softer, slower, more intimate. This song has a lot to do with my sister Mara because she had a boyfriend who introduced me to all this American music. In the eighties, when I was 13 or 14 years old, he traveled to the United States and took the vinyls to Medellín. Dancing in the dark it was very popular and I liked the video to hear Bruce Springsteen’s booming voice and watch him dance. ” When he had the Spanish version of the song ready, he sent it to its creator for approval. “He didn’t put any problem. Now I dream of singing it one day with him ”, he confesses. Juanes is optimistic about his return to the stage. Like all singers, he is hungry for live performances and he has done some home concerts, like the one he shared with Alejandro Sanz in the midst of a pandemic. “I think in the fall I will be able to be in 10 or 15 places with this last job. Things are improving”.

He says that, like many, survived the pandemic with the help of technology. “Thanks to her, I was in contact with my family and friends. Also, it can work. I have a study at home and there I composed. Also thanks to technology I have been able to play with other colleagues in the distance ”. Juanes believes that the pandemic is going to leave its mark. “Life will no longer be the same. There are things that will stay forever. Teleworking, for example, will increase while travel will decrease. We can continue to promote the promotion through Zoom. But the biggest trace will be the one caused by the anxiety that we have experienced. We have remembered that nothing is forever ”. Still he thinks there have been some good things too, like more time for introspection.

Juanes now looks with concern at his country, which is going through one of the most complicated moments in its recent history. “With the covid everything has exploded. Is the struggle of a people against a people. Colombia is a multicultural country, but one that has not been inclusive. Opportunities are needed for everyone. The youth is waking up not only about who rules. There are dark forces under the table. The strike leaders do not represent everyone. It hurts to see the images, but the fatigue is widespread. It is time to appeal to good sense ”.