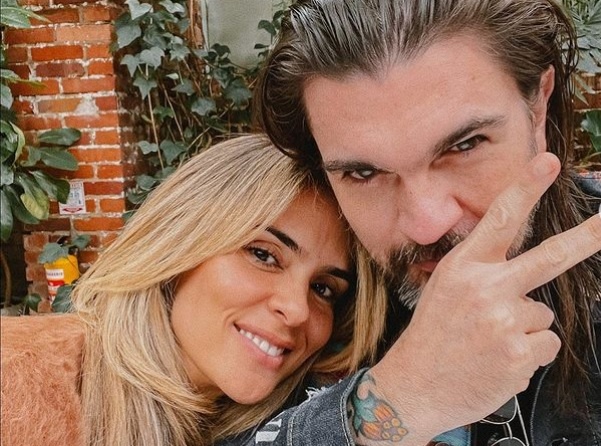 Among the current musical occupations that Juanes By this time he has figured his ‘Origin Tour’ through Europe. The interpreter of ‘Gotas de agua dulce’ has played his music in some cities of Spain, France, Germany and Switzerland during the last days of June and the beginning of this month.

Although with each concert the artists give the best of themselves to their audience that will excitedly sing, shout, cry and/or praise their songs, from time to time the singers take out a space within the show to exclusively dedicate a song to a family member, friend , colleague or partner. For example, Juanes recently wanted to sing his song ‘Para tu amor’ in front of Karen Martínez (wife), Paloma, Luna and Dante (children) in the middle of a concert in Switzerland.

On July 8, the singer shared a video from his social networks that captures the moment in which his family, being in the audience, sees him interpreting the song in question standing in front of them while surrounded by several of those attending his show. in Montreux, Switzerland.

In the run of the images, Juanes is seen preparing to begin his interpretation, while a text appears that says: “I wrote this song 18 years ago when my daughter Luna was born… Today my three children accompanied me at my concert in Switzerland… this song is for them.”

Faced with such a dedication, Karen Martínez and her three children with Juanes can only smile.

Juanes and the dedication he made to his family in the middle of a concert: “This song is for them”

June 2 is a very special date for the Colombian singer and his wife, Karen Martínez (actress and presenter), since his daughter Paloma is celebrating her birthday on that date. In this 2022 the young woman went around the sun number 17 and, of course, the countryman wrote him a bunch of affectionate words to celebrate his life.

This is how he posted some photos on his Instagram account in which he is seen posing with his daughter and which were taken at different times in their lives. At the same time, the message that she put as a caption for said photo gallery was:

“On a day like today 17 years ago, I came from a concert in Venezuela directly to the hospital in Miami to receive our beautiful and beloved Paloma, who would be born that day at twelve noon. Today I celebrate eternal love, the one that has no mixtures, the sacred love of children. To my skinny that I adore (and I seriously melt) my Paloma, happy birthday beautiful. I love you more than my life”. 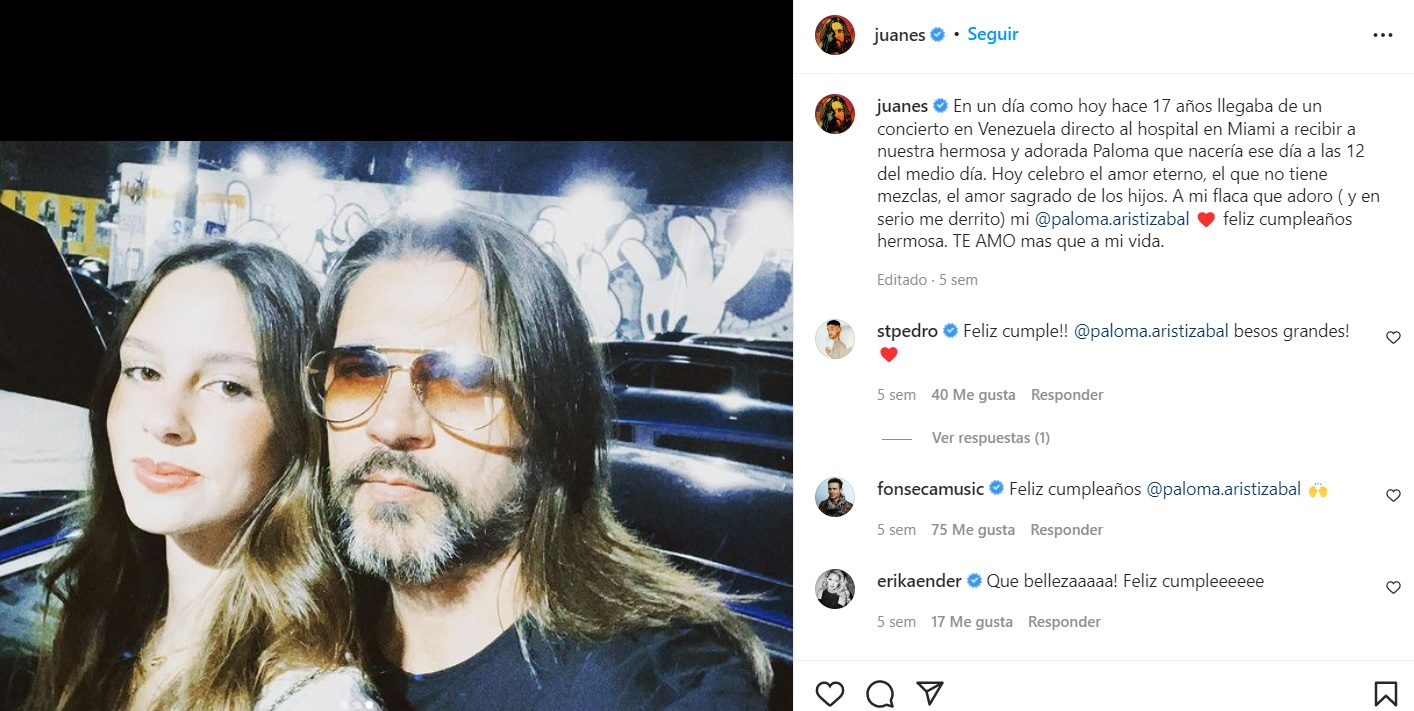 Juanes and his loving message to his daughter Paloma for her 17th birthday. Photo: Instagram @juanes

It is worth noting that his first-born Luna is 18 years old, while the youngest of his children -Dante- is thirteen years old. During his ‘Origen Tour’ through Europe, Juanes has been accompanied by his family on his trip through several countries that have included Spain, France, among others.

“I feel this emotion as my own”, Manuela González sends a heartfelt message to the finalists of ‘MasterChef’
“I have never charged to go out with me”, Natalia Paris responds to a follower