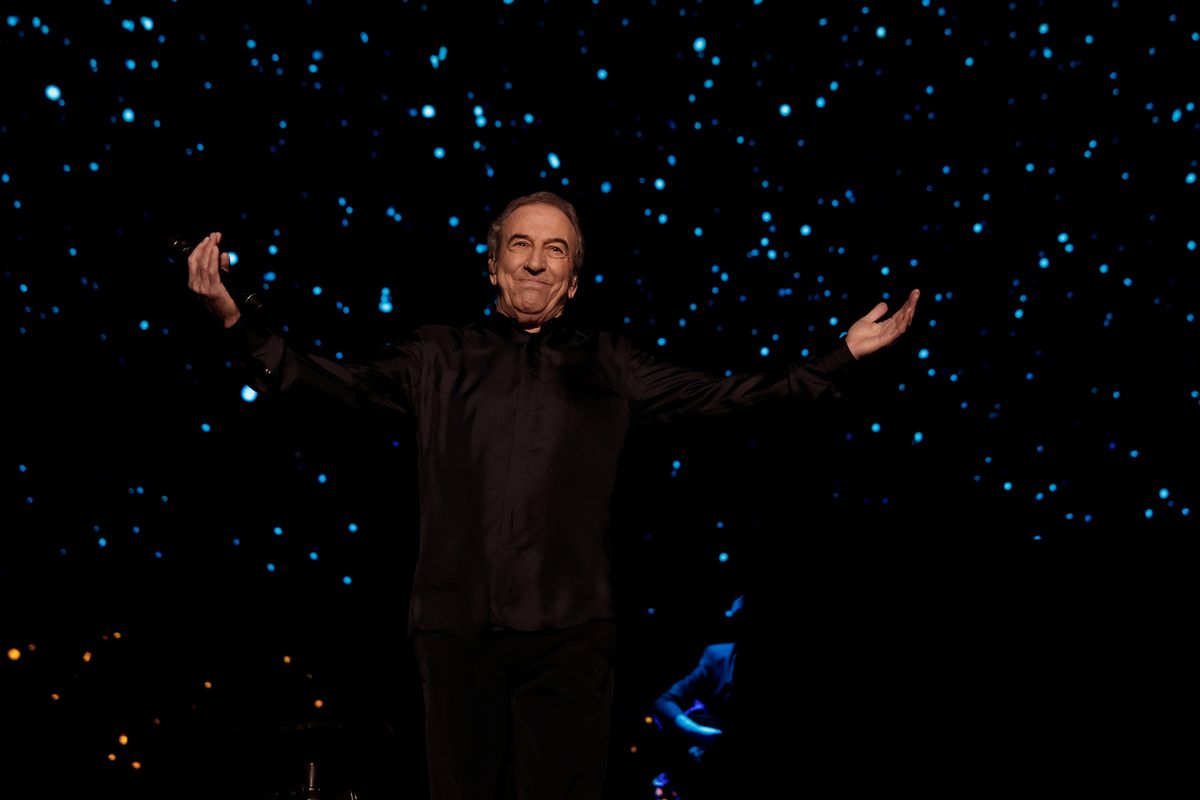 Be careful with Perales, Don José Luis. Never has a mass idol been so discreet and serene, so far removed from prosodies and paraphernalia. That attitude of his, always measured, can lead us to error. But over time we have come to understand it: few artists have left so much mark on the Spanish popular music of the last half century. And no one has done it like him: on tiptoe, without caring. Almost against his own will.

Now that the moment is coming for the curtain to fall, it is astonishing the degree of complicit fidelity that the peralistas, that silent majority. They are undetectable to the naked eye, they don’t wear T-shirts or other marketing gadgets, they don’t even always fit the topic of aging marriage. But Perales was saying that he was leaving the stage and the mobilization ensued. The massive hug, even if it is with hydroalcoholic oil.

In the penultimate appointment with his people from the Forum, on Tuesday at the WiZink Center, 11,600 faithful gathered. As many, same time and place, were summoned for Wednesday. The blazing tsunami of the sixth wave it barely retired to their homes, according to the organization, a couple of hundred. Ahead there will be only two dates in Bilbao, next week, and a score of Latin American events in the spring. And the sweet torment of the dais is over forever.

The tour, Ballads for a farewell, was announced in November 2019 with our sights set on the following year, the one for which destiny had in store for us the most colossal script twist of our collective adventures. This means that the vast majority of these 23,000 goodbye witnesses had kept their tickets in their pockets for 25 months. Get over that, C. Tangana.

The most curious thing about the Cuenca singer is his insistence on maintaining that he would have preferred the rear. Write for others, figure out just enough, show off only glancingly. It is surprising, or almost touching, that at 76 he can still feel at the mercy of the troubles on stage. Judging by the tremulous and out of beat that sounded his first verses in A ballad for a welcome, the piece that he has erected as the inaugural emblem, we could swear that on Tuesday he appeared like a flan. But the lack of temper lasted very little, barely a verse.

From there, the figure of that leader with no more charisma than that of everyday life prevailed. The conqueror who never needed the gift of photography to promote sighing. The man in the street who chooses a black shirt, to attract even less attention, and leaves it outside his jeans. There is no news of a timid man who elicits such unanimous approval. And never has the voice of someone who wanted others to sing to him generated such a transversal alliance. The families that sing together with Perales argue below the national average, although the CIS surveys fail to detect these complex realities.

What affects the most is what happens closer. To not miss anything, subscribe.

Half a century stepping on the stage

48 years have passed since the first song, the one from Castejón revealed without a hint of boasting; with the affable look, somewhat nostalgic and reasonably satisfied of one who can look back without anger. But it produces admiration that that page, still so nursery and not very precocious, at 28 years old, was the imposing monument of the melodic song Jealous of my guitar, of maturity and complexity unthinkable for a recently landed. José Luis spoke of afternoons and lonely afternoons in the greenhouse, on the outskirts of town, looking for the tickles of the muses. He mentioned his first one-man audience, that of that mother who warned, disappointed: “What beautiful songs you do, what a pity that no one knows them.” And he shared the memory of the first great feat, that ascending thumb of Mocedades before the score of They called her crazy. It would be crazy to have ignored her.

Our last two hours with José Luis pass without fanfare and between complicities, with the calm pulse of the confidants. Our man is the poet of simple and proclaimed affections (“Love is a long walk without talking,” and let Garcilaso come to improve it), but this twilight Perales does not pay for conformity. For now, his grainy voice accentuates the profile of a tender, involuntary heartthrob. It sounds splendid, really. But he has also surrounded himself with a versatile, skillful and seamless septet, capable of resizing a repertoire that seemed immovable.

I want to say your name it becomes abhorrent, Because you are leaving is impregnated with Greek rebétiko and the injection of waltz to And you go away is a filigree with a Clarence Clemons sax, a drunken piano of swing and the electric guitar underlining everything with its setbacks. It sounds cool enough to climb on the beard of any Rick Rubin. And that the unbelievers wait to hear it before condemning us to summary stoning.

The troubadour even had arrests to face alone, in the middle of the recital, What wouldn’t i give. Nothing but voice and guitar, with a shy, almost minimalist arpeggiated. With the right hand very close to the neck, to soften the timbre. Delighting in the danger of the sigh without a net. On board In front of the mirror And he did the same: minimal guitar, welcoming voice, and no other musician to give him shelter. It is wonderful that these two pieces were conceived for Rocío Jurado and Raphael, maximum exponents of hyperbole and outrageous emphasis. Taking off all their clothes was the ultimate demonstration of that creative genius that is rarely noticed in the first place.

Yes, yes, we already know. In Perales coexist the balladeer in a state of grace and the extreme sentimentalist who, oblivious to the red lines, ends up endorsing us with a Christmas carol and, inevitably, the terrifying children’s song Let the children sing. Goodness, you know, can end up filling you up. But the shrewd Cuenca from Cuenca reserves for the encores that imperial triumvirate that make up A sailboat named Libertad, And what is he like? Y I love you, the latter reharmonized in the best troubadour tradition. After so many years subjected to the uncomfortable tyranny of the spotlights and screens, Don José Luis will soon re-inhabit that invisible man that he always longed for, the old man looking out for the garden, the orchard and the grandchildren. But its nearly 700 songs will continue to eat the world and sail the seven seas when not even the pointer remains here. A humble voyage like a sailboat, but unmistakably free.

José Luis Perales: story of the invisible man who ate the world