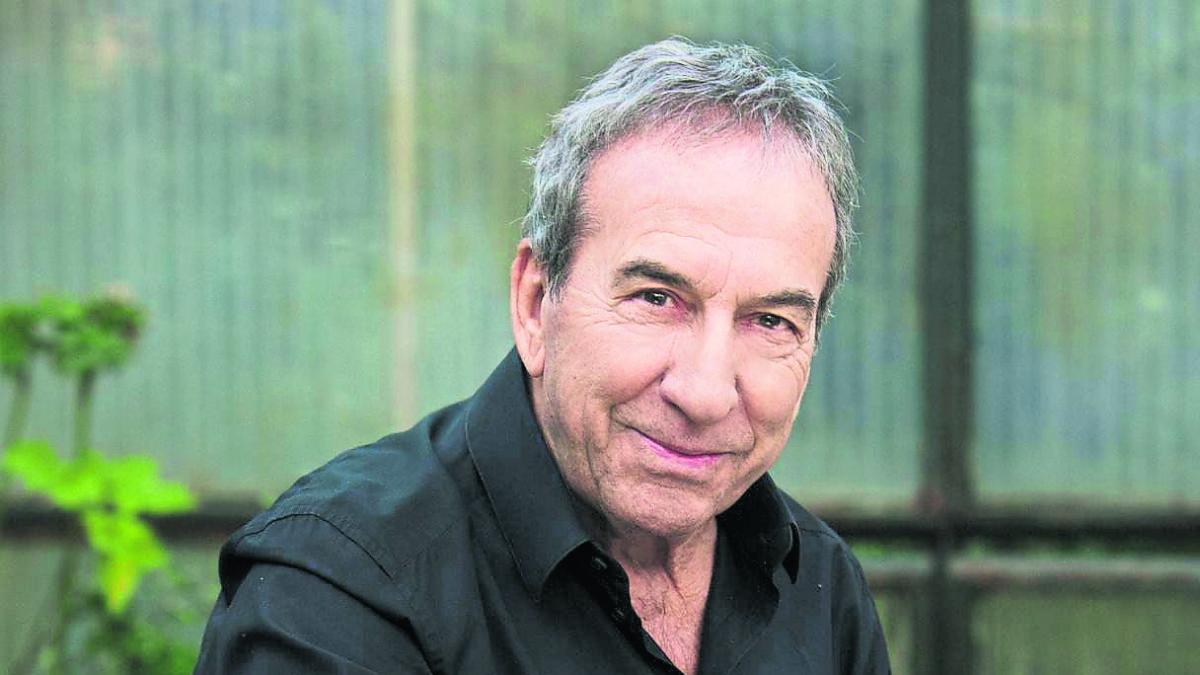 José Luis Perales begins his Barcelona farewell today with the first of the four concerts that he will concelebrate at the Auditori del Fòrum (9pm). A few farewells strictly from the scenarios that are framed in a tour that has been called Ballads for a Farewell a Ballads for a Welcome , by way of reunion “after this silence and sadness.”

Some of this could already be tasted in the splendid concert that he offered at the Cap Roig Festival, a journey through his musical career, which is to say through the memory of several generations, materialized in eternal songs? What A sailboat called Libertad, and what is he like? I love you O Because you are leaving . At 76, Perales, who treasures one of the most extensive and well-known repertoires of modern Spanish song, says that he is in top form, as can be seen in his other three concerts (tomorrow, and December 17 and 18, the latter still with tickets available). On the phone and with the rain as a backdrop, she spreads her credible illusion.

‘Musically, it has also had a lot to do with my being a very elementary musician. My guitar chords are very limited, but with them I have written many songs’

Does the rain inspire you?

Before, when I devoted much more to writing, I chose gray, rainy days with the absolute silence of the countryside of my town.

Identification with the land, with your land?

I am a small town boy and I grew up there until I was thirteen when I went to study. To go from Castejón, a town of one hundred inhabitants, to study in a city like Seville, to the Labor University … imagine the change from the Alcarria of Cuenca … as a child I cried a lot because I longed for my land.

Was it easy to tear?

I am easy to tear. It gives me a bit of a thing to let go of it, although I am of emotion that shines through quickly and very easily. Yesterday I was giving a concert in Galicia and I explained that I was leaving the stage because I have many things to do, I want to write, I have two or three books and one half. But above all the fact of leaving the stage is a great happiness for me because it is to recover something that I lost from childhood and adolescence, and of course because it also allows me to spend more time watching and being with my grandchildren, that I have them here next to home. That is wonderful to me. And when talking about that yesterday I had to stop, my voice was shaking.

Can anyone think that this decision means that music is not his high priority?

Music has been my great vocation since I was a child. At the age of six I began to play the lute, I was in the rondalla of my town, I learned to write my first song at the age of 16 at the Labor University. That is the most important thing, but I have many hobbies. If you come to my workshop at my house you would see very different things; I am now very immersed in making porcelain.

“At the beginning I would make songs and say, ‘oh, how good it has been, how beautiful’ … in that sense I have loved myself a lot throughout my career”

Do you apply the same perfectionism to your songs?

It’s a bit strange. At the beginning I would make songs and say, ‘oh, how good it was for me, how beautiful’… in that sense I have loved myself a lot in my career.

It keeps happening to me, because as I am a nonconformist I’m not entirely happy with what I do, but of course there are many songs to which I still find something, which come after how much they have cost me. It is a continuous challenge, and it is something that I also have to do when it comes to playing songs that I did not do before, except for love, which I have played many times in many sequences.

Having such memorable songs early in your career, has it been a double-edged sword to be such high benchmarks for your later career?

Yes, it is true, but there is your evolution, you have to be aware of everything in a certain way. In music you can’t always stay the same. In this sense I have been very lucky with my son Pablo. He studied music at Berklee, he’s a great musician and he’s also the one who takes me by the hand a bit when it comes to recording albums, repertoires. If it weren’t for him, I think I would have been a bit bored by now, because he has made me evolve musically. It is essential for me to be aware of what I do; As a critic, he is extremely tough with what I do, and as a producer, he’s also the hardest I’ve ever had.

One of the recurring themes in his songs is freedom.

At all times the word freedom is valid and must always have it. The human being needs it to live and breathe. What happens is that many people do not give much value to that word, and for me it is the most important thing that human beings can have.

What is the formula for a song to be eternal?

It has to be universal and speak of a universal theme that everyone understands and feels.

Why have you penetrated?

I have sung to my environment, and my environment is to go out to the street, see people, talk, observe them, read the newspaper. I think that the actuality of the people, the good, the dramatic, the bad, the happy, lends itself to writing it. A song of mine has to be in a certain way the reflection of the society in which I am living and also in my way of being at this moment. It must be a portrait of what you see on the street. There is a saying “speak for idiots and smart people will understand you”; it is not that they are idiots, I think you have to speak for people who understand the universal language. People very from the street, from the land, from everyday life, from daily life and I think that’s what my music has. And of course, musically it has also had a lot to do with my being a very elementary musician. My guitar chords are very limited, but with them I have written many songs.

Of your songs, which one reaches you the most?

The one that I am most glad to have written without the slightest doubt is Let the children sing . It was a cry for attention from Children’s Villages of America, and that it has become such a well-known song, for me it is an immense achievement.

What do you listen to at home?

The radio when I’m shaving. I have always loved it and it also comes out of everything, the good, the bad, the wonderful and the shabby.

What do you think is due to the presence of such generationally different audiences at your concerts?

Because I have traveled a great number of years with my music, and there it has stayed. Sometimes I ask young people who come to my concerts what they do there seeing an old man like me, and they tell me “you are not an old man, but part of our life” because when their father or mother went to the beach or to the mountain, they played the cassette with my music on both sides until they reached their destination.

José Luis Perales: “My songs are a portrait of what I see on the street”