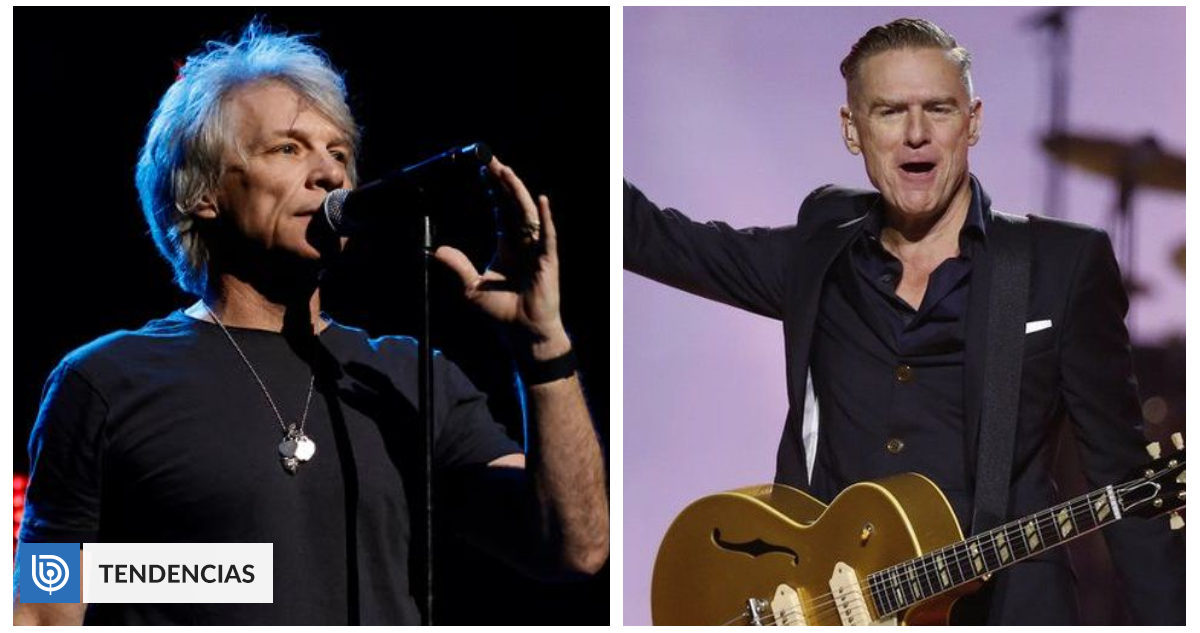 Both had to cancel their presentations at the last minute and remain in quarantine. With this, they join a long list of musicians who have contracted the new coronavirus, with Serj Tankian from System of a Down and Ed Sheeran being their most recent members.

Two rock-pop stars of the eighties have been diagnosed with covid-19. We talk about Bryan Adams (61) and Jon Bon Jovi (59), who had to suspend their schedule of activities due to the health situation.

“Jon is fully vaccinated and feels fine”, they pointed out last weekend from the surroundings of the leader of Bon Jovi, in a statement that began to spread after various media made their diagnosis known.

The alarms went off Saturday in Florida, where it had announced shows for the entire Halloween weekend at the Loews in South Beach.

According to Los Angeles TimesLike the vocalist, the attendees of Saturday’s show found out at the scene of the diagnosis and the suspension of the recital through the intervention of his own brother. Until now, viewers still do not know if there will be a refund for their tickets.

That same Saturday, in Cleveland, Bryan Adams was going to participate in a show in tribute to Tina Turner as a result of his induction to the Rock and Roll Hall of Fame, which also ended up being postponed after the contagion of the singer-songwriter.

According to the Adams representative, he has the complete vaccination schedule and does not show symptoms associated with the disease.

With this, Bryan Adams and Jon Bon Jovi join a long list of musicians who have had to modify their plans as a result of the new coronavirus. Another of the last to join the group was the leader of the band System of a Down, Serj Tankianbesides the irish Ed Sheeran.