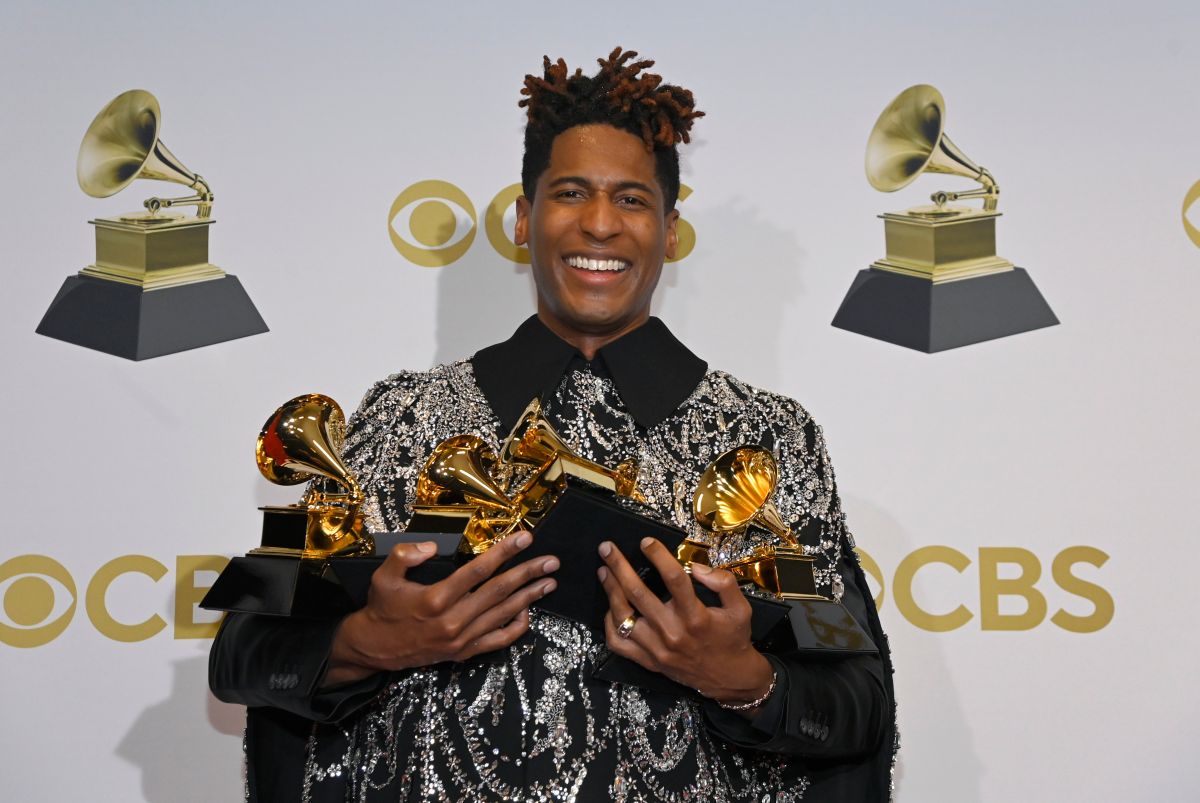 Singer, songwriter, musician, bandleader and multi-instrumentalist Jon Batiste became the night of this Sunday in the maximum winner of the Grammy awards 2022when taking five medals of 11 to which he aspired.

The native of Louisiana, who also performed his hit “Freedom” during the gala, won the gramophones of Album of the yearfor his album “We Are” (the most important category), as well as Best American Roots Performance, Best American Roots Song, Best Music Video and Best Soundtrack for Visual Media (Here he tied with Carlos Rafael Rivera, who won for “The Queen’s Gambit”).

“You know? I don’t really believe in that of ‘best’ musician, actor, composer or dancer… Artists don’t compete with each other, they only make an appearance when people need them most, when they need to be heard”, reflected Batiste during his acceptance speech .

The 35-year-old musician has recorded with legends like Stevie Wonder, Prince and Willie Nelson; he is also recognized for being the musical director of Stephen Colbert’s late night and the creative director of the National Jazz Museum, located in Harlem, New York.

“I love music. I’ve been playing since I was a kid. Music is more than entertainment for me, it is a spiritual practiceBatiste added. “I love them, even though I don’t know them.”

His history of recognition already includes an Oscar, a Golden Globe and a BAFTA, all for his work on the soundtrack of “Soul”, the award-winning animated film from Pixar, which he composed alongside Trent Reznor and Atticus Ross. .

Batiste was followed by the eccentric R&B group, Silk Sonicwhich took home four awards: Record of the Year, Best R&B Performance, Best R&B Song and Song of the Yearall for their song “Leave The Door Open”.

Bruno Mars and Anderson .Paak they accepted the honor enthusiastically towards the end of the ceremony. With this win, Mars becomes the only artist along with Paul Simon to take home the award three times.

“We’re really doing everything we can to stay humble right now,” .Paak said. “But in the industry, they call that a ‘clean sweep’! Drinks are on Silk Sonic tonight!”

The musical closing of the gala was carried out by the group Brothers Osbornealso winners tonight, with a rendition of their song “Dead Man’s Curve”.

(Being over 80, not all categories are included. For the full list, visit the Grammy site.)

Record of the year: “Leave The Door Open”, by Silk Sonic

Album of the year: “We Are”, by Jon Batiste

Song of the Year: “Leave The Door Open”, by Silk Sonic

Best Rap Album: “Call Me If You Get Lost” by Tyler, the Creator

Best Gospel Album: “Believe For It” by CeCe Winans

Best Urban Music Album: “The Last Tour of the World”, by Bad Bunny

Grammy Awards 2022: This is how the music stars looked on the red carpet

Jon Batiste triumphs at the 2022 Grammy Awards: List of winners

Download free music: the best websites, resources and catalogs
Discover Tokischa, the controversial singer who has fascinated Rosalía
These are the book and the favorite musical band of Ximena Sariñana